My restaurants are the stories I tell about the places I see: Chef Jose Ramon Andres Puerta

Chef José Ramón Andrés Puerta of World Central Kitchen talks about his varied restaurants, lessons for the industry from the pandemic, feeding millions of calamity-stricken people across the globe and why there should be 'longer tables and not higher walls' 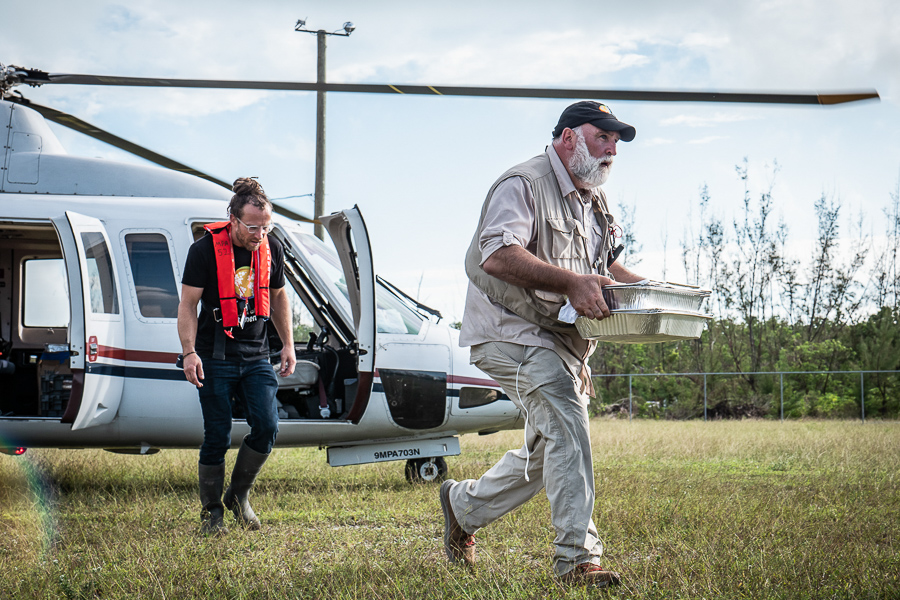 Chef Jose Andres's response with relief work in the face of natural calamities is now legendary. The founder of World Central Kitchen, has, since 2010, launched feeding missions in 13 plus countries, serving some 15 million meals with the help of more than 45,000 volunteers

In 2019, the now 51-year-old Spanish chef Chef José Ramón Andrés Puerta was nominated for the Nobel Peace Prize. José, the founder of ThinkFoodGroup, which has 30 restaurants in the US that serve cuisines ranging from Spanish, Mexican, Mediterranean, Peruvian and American is also the founder of World Central Kitchen, which has, since 2010, launched feeding missions in 13 plus countries, serving some 15 million meals with the help of more than 45,000 volunteers.

Whether it was Hurricane Maria in Puerto Rico in 2017 or the bushfires in Australia last year, José and his team reached the site of disaster in no time to feed affected people. Since May 2 this year, the World Central Kitchen in collaboration with TajSATS and chef Sanjeev Kapoor, has served 6.5 lakh plus meals to 35 hospitals in Ahmedabad, Bangalore, Chennai, Delhi, Gurgaon, Hyderabad, Kolkata, Lucknow, Mumbai, Mysore and Varanasi. “José is a dear friend and when he reached out to me to start his operations in India, I connected with the TajSATS team,” says Kapoor adding, “Within the next 48 hours we had started the operation here. It is the intent and the drive that made such a large operation possible in no time.” Though the IHCL has been feeding frontline workers for the last year, “but with WCK we could execute this large operation faster,” says Manish Gupta, CEO, TajSATS. From the two Michelin-starred Minibar and The Bazaar to a food truck Pepe that sells sandwiches, José’s for-profit enterprise caters to people from all walks of life. On his first visit to India, the chef speaks to Forbes India about his food philosophy, his investments and how he plans to grow both his restaurants and WCK. Q. What brings you to India?
I have wanted to be in India for a long time and can’t believe I haven’t been yet, especially because I have many friends here. But I think that now is the moment to be here, to help and send a message of hope and to tell people they are not alone and that we empathise and care.  In this moment of darkness, there are so many people who are alone and forgotten. I am here for those people. It is scary, yes. I have lost friends to the pandemic, I saw people die when I was in France. But if we can bring a smile on someone’s face, it’s worth it. Also, I am a big fan of Mahatma Gandhi and have always been inspired by his Dandi March, which carried a message of love, empathy, and respect.

TajSATS & WCK collaborates - L to R - Manish Gupta, CEO, TajSATS; Chef José Andrés, Founder, World Central Kitchen; Chef Sanjeev Kapoor; Chef Rajendra Nayal, exec chef, TajSATS Mumbai. Since May 2 this year, the World Central Kitchen in collaboration with TajSATS and chef Sanjeev Kapoor, has served 6.5 lakh plus meals to 35 hospitals in Ahmedabad, Bangalore, Chennai, Delhi, Gurgaon, Hyderabad, Kolkata, Lucknow, Mumbai, Mysore and VaranasiQ. How do you run and manage such large-scale food missions across the globe?
It is simple—by making local people part of the solution and working with them. Locals bring in their knowledge and manpower and we bring in our management, supply, operations and funding expertise. Locals know their area and its problems so much better. They will find a solution to a problem far quicker than you would. So work with them, listen to them and respect them.  But unfortunately, that is not always done. Have you ever heard a poor or hungry person talk at the UN and discuss their problems? How can you ask a rich person how to end hunger? Q. How do you manage both the World Central Kitchen and ThinkFoodGroup?
To be honest, I don’t manage either. I truly believe that I am as good as my team is and I have some great people in the team. I believe in delegating and giving people responsibilities and letting them grow. I have people who have been working with me for 25, 27 years. They do all the work and I just show up. Whenever there is a calamity anywhere in the world I take off, but that has never disturbed my work. 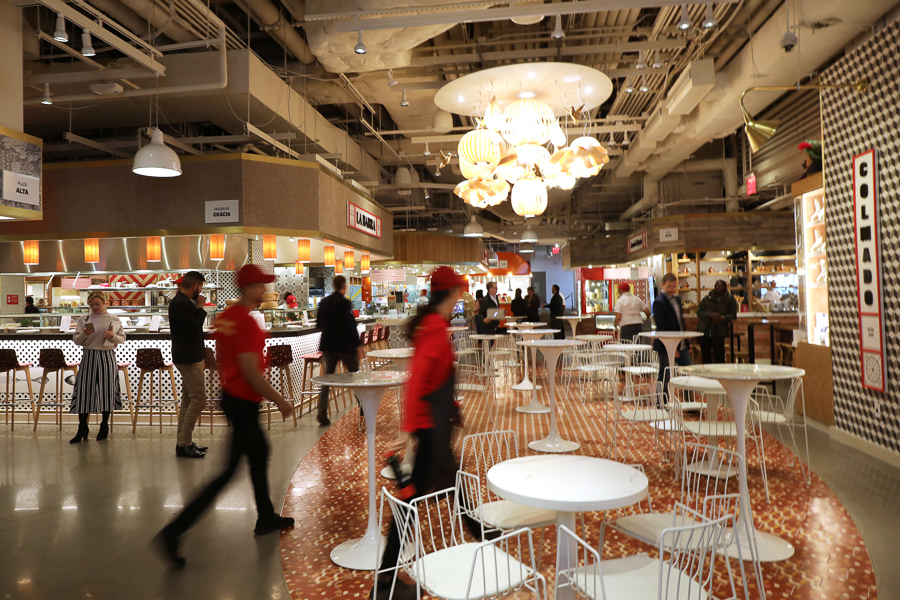 A Spanish food marketplace And restaurant called Little Spain was opened by Chef Jose Andres In New York City's newly opened Hudson Yards Area in late March 2019. The 35,000-square-foot food hall features three full-service restaurants; wine, tapas, and cocktail bars; a coffee shop; and nearly a dozen food stalls. Image: Spencer Platt/Getty Images Q. What is your food philosophy?
On a macro level, I think that food is considered a problem by many establishments and governments. They think that food is hunger, food is war, food is immigration, food is history and food is climate change. But I see food as a solution. If we do things smartly, food problems will end. Food will end obesity and food will save the planet.  I think that the future of a nation will depend on how it feeds its people. Let us take food seriously. Let’s make longer tables and not higher walls. When it comes to my personal venture, I am still developing my food philosophy because I only know that I know nothing. The older I grow and the more I travel, I realise that there is so much more that I have to learn, even about Spanish food, of which people call me an expert. But the fact is that I do not know all the restaurants or chefs or farmers in Spain. So I am not really an expert. I do believe that one should learn the proper techniques to use and mix and treat different ingredients, but never think that they know it all or more than most. One must constantly learn and explore. That is why I have so many varied restaurants. For me, a restaurant is not a business, it is a way to tell a story. I do not write, paint or sing but I can cook. My restaurants are the stories I tell about the places I see. 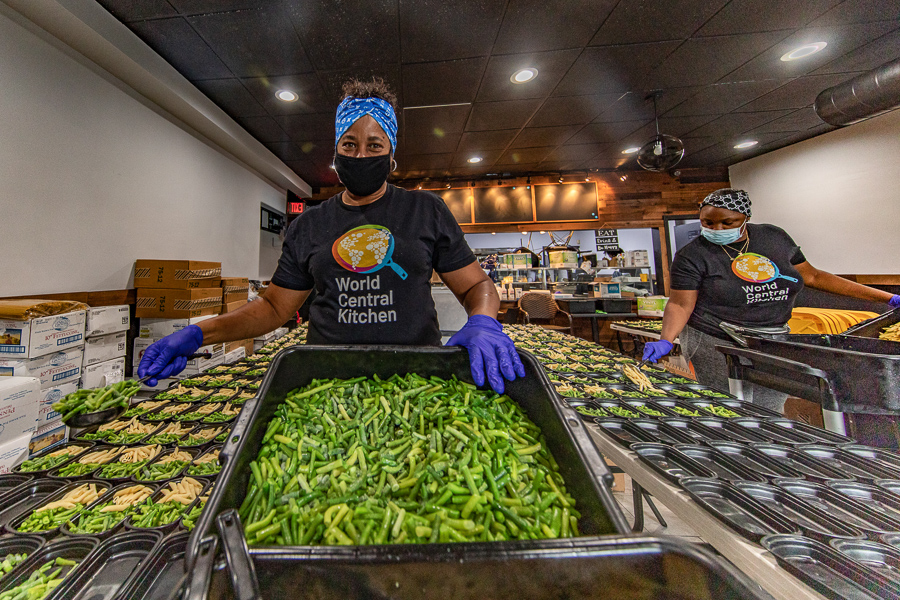 WCK volunteers pack food at their relief kitchen in New Jersey during the pandemic Q. What has the pandemic taught you?
The biggest lesson that I learnt about the food and beverage industry is that we are very creative and adaptive. When things do not pan out according to your plan, you think you have failed. But if you teach your team to adapt you will not fail. Adapting has saved the day for the industry. Many restaurants and food vendors had to shut shop. But we persevered. We fed people, we home delivered food, embraced the online world, took more control of our business and learnt to run a tight ship. Q. What is the biggest trend in gourmet cooking currently?
Home cooking and vegetarianism. This pandemic has taught us that food is family, food is peace. People have been spending more time in the kitchen, even in the US, which has enabled people to learn forgotten food techniques. Home cooking has also brought families together.  Vegetarianism picked up in a big way this year and it is here to stay. While it is way ahead in India, even in the US the number of vegetarians is growing, and seasonal vegetables are becoming cool again, like the Alphonso Mango. So tasty!Q. What are your plans for ThinkFoodGroup and World Central Kitchen?
I plan to open seven to eight restaurants at the high-, mid-, and lower-end levels across the US in the next year. We will also expand our existing brands in New York, Orlando and Chicago. World Central Kitchen is getting stronger by the day and we are working on responding to emergencies faster. The organisation is also focusing on development, especially of small farmers and women, setting up schools, training institutes and giving grants. The aim is to make them resilient, sufficient, and profitable. Q. You have invested in Bowery Farming. How do you select the organisations you invest in?
I like to invest in companies that deal in the production of vegetables and crops and that use technology that helps consume less of resources like water and land. I believe in traditional farming and fishing. But we need to come up with more efficient ways to produce more food. Moreover, the company should also have good work ethics and must know exactly what they are doing.  I am not a professional investor, so to say. I invest small, but I like to be among the first investors because I like the excitement of being there at the start and seeing a company grow. Also, when you are there from the beginning you know what the future holds for the company and can decide to stay on or pull out. Q. Do you have any plans to open a restaurant in India?
I have been in conversation with a few friends about it. One day I will, maybe with a big group or a friend or an investor.  Q. What do you think of Indian food and Indian chefs?
This is my first time in India but in America we have great Indian restaurants and Indian food is gaining lots of popularity. And butter chicken is one my favourites.  I know of a few Indian chefs whose work I admire. Chef Sanjeev Kapoor has a huge influence on people in India and across Asia. I have heard a lot about Prateek Sadhu’s cooking and have had the opportunity to have Chef Gaggan Anand’s impressive food. But I think that sometimes we ourselves do not know how good we are. Indian chefs must believe that they are as good as anybody. Q. How has the role of a chef evolved in the pandemic?
We have all gone through a tough time in the pandemic and all the chefs and restaurateurs must be very proud of being able to sustain their restaurants. More and more chefs have realised that restaurants are a part of the community and that they must help the community in times of a crisis.

Tweets by @forbes_india
When it comes to music, Indians prefer watching videos over streaming
News By Numbers: Record $62 billion pumped into Indian startups by PEs in pandemic year