Oberoi New Delhi to reopen in January 2018, ahead of schedule

EIH Ltd, the company that runs the Oberoi group of hotels, will conclude the Rs 500-crore revamp of its flagship New Delhi property early next year 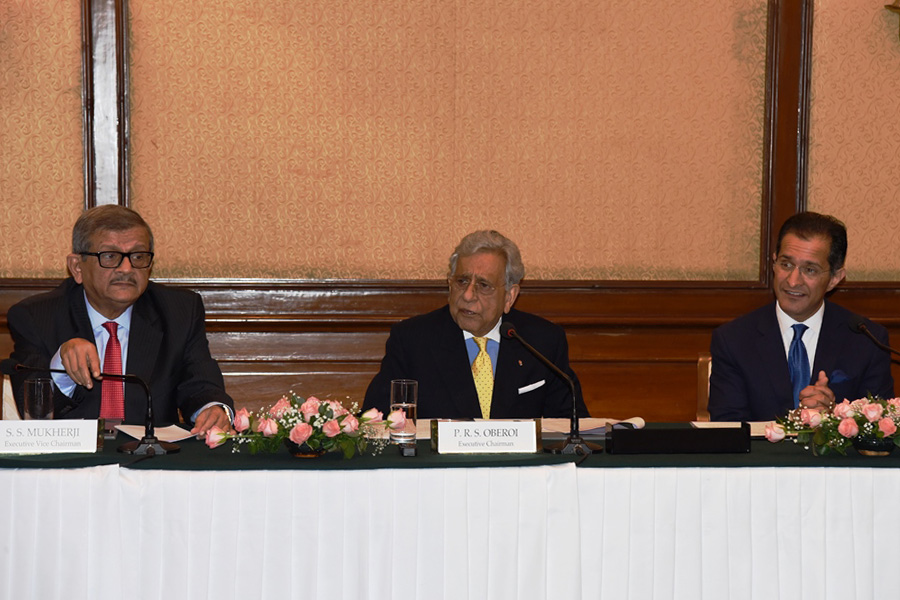 EIH executive chairman P.R.S. Oberoi (centre) at the company’s recent annual general meeting
EIH Limited – the company that runs the Oberoi group of hotels - will conclude the Rs 500-crore revamp of its flagship New Delhi property in January 2018, announced executive chairman P.R.S. Oberoi at the company’s annual general meeting in Kolkata on Wednesday. The project, which was initially slated for an April 2018 reopening, will be completed ahead of schedule. “The progress on site has been very satisfactory and the new hotel is likely to open in January, 2018. The Oberoi, New Delhi, is expected to retain its iconic position in the Capital which it has enjoyed since it first opened in the year 1965,” said Oberoi.
The Oberoi New Delhi, which was built in 1965 and was closed two years ago for renovation, will have 218 guest rooms and will be the first hotel in India to have an air purifier to address concerns about the quality of air in the capital, according to Oberoi.
During the first quarter of this fiscal, EIH posted revenues of Rs 303 crore, as against Rs 279 crore last year. Profit after tax was Rs 11 crore, compared to a loss after tax of Rs 12 crore last year.