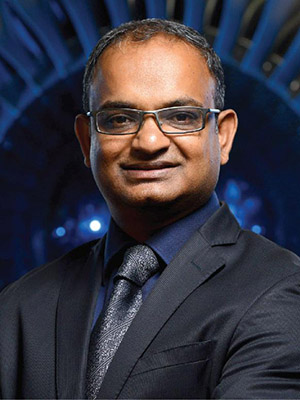 To promote and protect innovative ideas that emerge from within the conglomerate, the $100-billion Tata Group aims to publish around 4,000 patents over the next three years, which is double of what it has filed for till date.

The goal that Tata Sons’ recently-appointed group chief technology officer, Gopichand Katragadda has set for himself, was something that he articulated while speaking at ‘Tata Innovista’, an annual programme to encourage, recognise and showcase examples of outstanding innovation across different group companies.

Realising the importance of staying nimble as far as adoption of new technology is concerned, especially in the face of competition from existing businesses as well as startups, Tata Sons constituted the role of a chief technology officer at the group level for the first time under the leadership of the salt-to-software conglomerate’s new chairman Cyrus Mistry.

Identifying technological opportunities that are synergetic with the group’s existing businesses, improving visibility on the return on investment incurred towards Research and Development (R&D) and increasing the share of revenues from new products and services are some of the responsibilities that are a part of his mandate, said Katragadda.

Katragadda joined Tata Sons, the flagship holding company of the group, in August 2014. He earlier served as managing director of the GE India Technology Centre.


In fiscal 2014, the Tata Group spent around Rs16,000 crore towards R&D, which was around 2% of its annual consolidated turnover. Though comparable figures for fiscal 2015 weren’t available immediately, the proportion of turnover spent towards these activities is likely to be the same, according to Mukund Rajan, Tata Sons’ brand custodian and group spokesperson.

Rajan pointed out that the 2% of turnover, which the Tata Group spends on R&D, was higher than the national average spend on this overhead at 0.9% of GDP. And results show that the focus on innovation has started paying dividends. According to a Tata Group presentation, the estimated financial benefit of the top 60 completed innovation projects in 2014-15 stood at $1.1 billion, with $984 million by way of revenue enhancement and the rest by way of cost savings.

Tweets by @forbesindia
Sanjiv Goenka: Our PM is almost a human locomotive
Shikha Sharma: Sustain and accelerate momentum of reforms