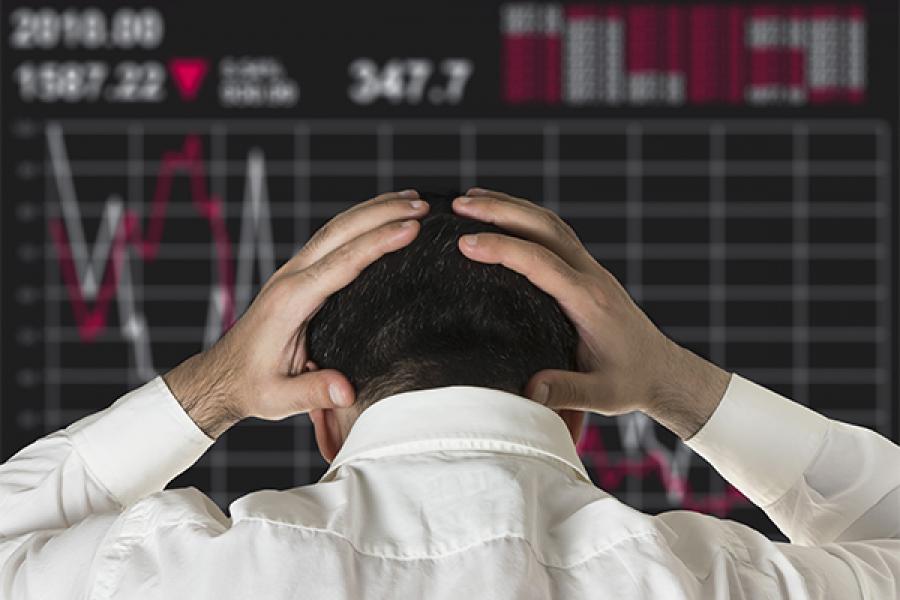 Image: {Shutterstock}
Despite fresh value buying, confidence in the pull back remains weak, since investors are still concerned that foreign investors could pull out funds from emerging markets as China’s markets fell further

However, despite fresh value buying, confidence in the pull back remains weak. Investors are still concerned that foreign investors could pull out funds from emerging markets as China’s markets fell further.

Analysts and economists with top research firms were categorical that the worst was not over, after Monday’s bloodbath across Asia, but urged investors not to panic. A Nomura Southeast Asia equity strategy report released on Tuesday said current growth concerns should “not be extrapolated to be the beginning of a financial crisis and a growth collapse in Asia”.

The Indian rupee was trading at 66.55 to the dollar on Tuesday, after breaching the 66 level a day earlier. Finance minister Arun Jaitley and Reserve Bank of India governor Raghuram Rajan have since Monday sought to allay fears of investors, saying the country’s macroeconomic conditions were stable and no domestic factors were contributing to the market weakness.

Monday’s fall for the Sensex was its worst single-day percentage fall since January 7, 2009.

The meltdown at the stock markets was something economists and fund managers had feared for some time, considering that the Chinese government and the central bank had for weeks been trying their best to reassure investors and introduce policies to revive sentiment, even as economic indicators turned weak. On Tuesday afternoon, the benchmark Shanghai Composite index was down 7.74 percent at 2,961.33.

“Even after Monday’s fall, there are no rational grounds for claiming that the Indian stock market has bottomed out. As Prime Minister Narendra Modi’s resets bite deep into the Indian economy, we expect economic growth to slow down and we expect corporate earnings growth to remain weak,” said Saurabh Mukherjea, CEO, Institutional Equities with Ambit Capital.

Automobile, engineering, banking and IT stocks were the hardest hit.

Mukherjea said the only way to invest in such a market was to focus on high-quality companies which are available at reasonable valuations.

Mixo Das, Asia (ex-Japan) equity strategist, with Nomura, said despite the jittery markets, current growth concerns should not be extrapolated to be the beginning of a financial crisis and a growth collapse in Asia. He assessed that China still has ample room to ease macro policies; Asia’s external fundamentals are in much better shape than before the Asian crisis; and that most countries have room to expand fiscal policy.

Tweets by @forbesindia
Going digital is a must to realise India's growth potential
40 years on, Sholay keeps smouldering