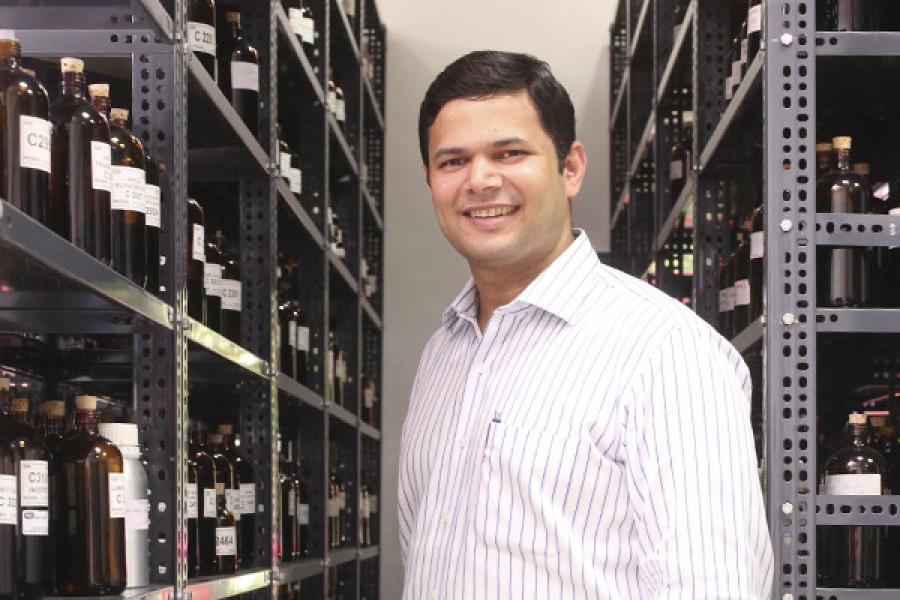 SH Kelkar and Company Limited (SHKCL), India’s largest fragrance and flavour manufacturing company has hit the IPO market to raise money to repay loans and also to provide a partial exit to its private equity investor Blackstone Capital Partners (Singapore), which holds 33.3 percent in the company.

The Mumbai-based company’s IPO opened for subscription on Wednesday in the price band of Rs 173 to Rs 180 and will close on Friday. The issue size is between Rs 496.58 crore and Rs 508.17 crore.

Incorporated in 1955, the company has over the years built strong relationships with its FMCG clients and they now understand the requirement of the end customer. SHKCL has 3,700 customers in the FMCG industry, which includes names like Godrej Consumer Products, Marico, Wipro Consumer Care, Hindustan Unilever and around 400 customers for their flavour products.

The fragrance and flavour business is a consolidated industry globally with 12 players controlling 83 percent of the market and the top four players accounting for 53 percent of the market share. The sector has been growing at around 4.2 percent over the last five years and has a global market size of around $26.3 billion.

Since the demand for fragrance and flavours is influenced by factors like urbanisation, rise of modern retail and high consumption of FMCG products, the biggest growth is expected to happen in emerging markets. India’s FMCG sector itself may touch $37 billion by 2020, which is a growth rate of 14 percent (2012-20), annually. It is this growth rate and the size of the FMCG business that SHKCL plans to cash in on.

In general, the Indian market has grown at twice the rate of the global market in the last five years and this growth is expected to continue for a long time. The top five companies in the Indian fragrance industry account for 70 percent of the entire market, despite the presence of 1,000 odd players. Overall, SHKCL has a market share of 35 percent in the Indian market. The company has 3,700 customers but it never allows one customer to account for more than 4 percent of the total turnover, to maintain diversification. The management feels that this is like a mutual fund approach to risk management where they do not have to depend on one particular customer for solid returns.

The Promoters
SHKCL is promoted by the Vaze family. Ramesh Vaze has more than 40 years of experience in running the company and his son Kedar has been with the company for the last 19 years. Both of them are trained chemists who look at the creation of fragrances as an art rather than a business. They are backed by a professional management team, which has been with the company for a long time. In India, it is not easy to find promoters with technical knowledge of their business, where they themselves are responsible for product development. SHKCL differs on this count.

The promoters, who work with around 100 chemists, are themselves involved in the creation of the products and have a very sound understanding of how fragrances and flavours are manufactured.

For the year ended March 31, 2015 the company had total revenues of Rs 885 crore and a net profit of Rs 64 crore. Consolidated profit after tax decreased in FY2015, compared with FY2014, due to an increase in procurement costs and high depreciation costs. The company is growing its topline at around 16 percent annually and has had a consistent return on capital employed (ROCE) of 18-20 percent in the last five years.

The main objective of the initial share sale is the repayment of loans to the extent of Rs 158 crore. Blackstone Capital Partners (Singapore), which owns 33 percent of the company, will offload 10 percent of its stake, or 1.31 crore shares.

Risks involved
The customers of the company are in the FMCG business, which is a very competitive industry.  The company needs to have strong relations with its customers. The absence of availability of a particular raw material or chemical can jeopardise these relationships. There is huge global competition and international players like Givaudan and Firmenich are looking at the Indian markets very seriously.