Company sales were up 20 percent to $63.4 billion, from the same period last year—this growth can be credited to one-day shipping standard for Amazon Prime customers, introduced this spring 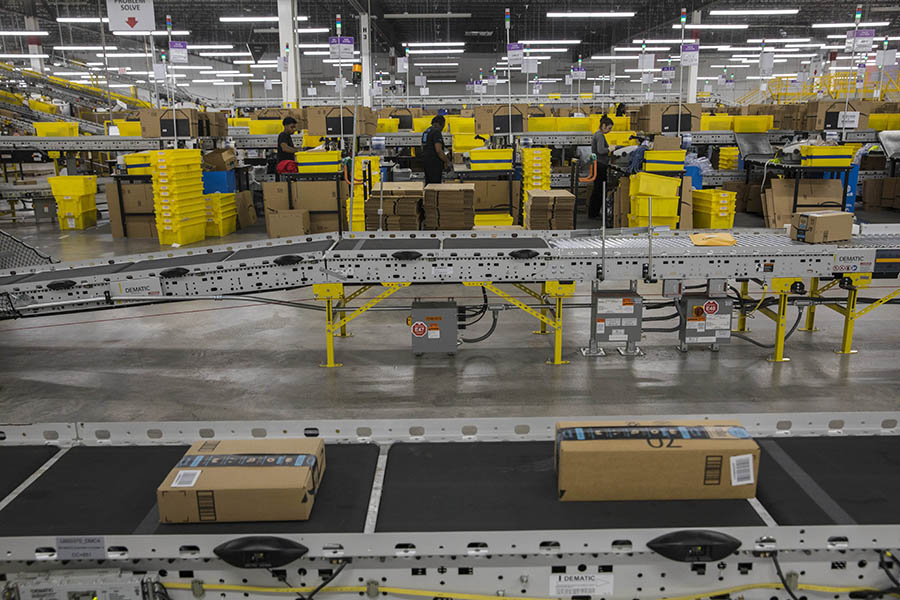 SEATTLE — So just how impatient are shoppers? Enough to bolster sales at Amazon.

This spring, Amazon announced plans to make one-day shipping standard for Amazon Prime customers, a major logistics investment it said would cost $800 million in the second quarter alone. The growth of Amazon’s core retail sales had been slowing, so investors hoped that offering millions more items available faster would get customers to spend more on its site.

On Thursday, the company said it had $63.4 billion in sales in its latest quarter, up 20% from the same period last year. Profit for the quarter was $2.6 billion, up 4%. Amazon beat Wall Street’s expectations for sales, but it fell short on earnings, as costs rose and Amazon’s cloud computing business grew more slowly than in the past. Shares fell about 2% in after-hours trading.

Brian Olsavsky, the company’s chief financial officer, said the costs for the rapid delivery were higher than expected. Productivity was “a bit off” in Amazon’s vast fulfillment network as the company expanded its ability to ship more products in a day.

“Millions more one-day packages went out this quarter than last,” he said. “Customers are responding, and they like it.”

Why was retail sales growth slowing?

People with a Prime membership, which costs $119 a year, are the company’s biggest customers. They spend more than twice as much as non-Prime shoppers.

But with more than 100 million estimated Prime members in the United States, the growth is “reaching its limit,” according to a June report by Consumer Intelligence Research Partners. And as the rise in Prime memberships has slowed, so has Amazon’s sales growth.

There are signs that delivery times could help juice sales. About a third of Prime members say they have abandoned purchases in their online shopping carts because an item would not arrive fast enough, according to research from John Blackledge, who covers Amazon for the investment bank Cowen.

Olsavsky said that as one-day shipping becomes available on more products, Amazon competes more on things people want quickly. “It strengthens your need to not have to go elsewhere to buy a product,” he said.

In the quarter that ended in March, the number of units sold on Amazon was up just 10%, compared with 22% growth during the same period a year earlier. This quarter, unit sales picked back up, growing 18%, far more than Wall Street had expected. Olsavksy said the company was still trying to understand how purchasing behavior was changing, noting that a lot of the new purchase growth came from lower-price items.

If retail sales were down, why is Amazon making more money?

Amazon has several businesses that have begun to provide consistently large profits. The biggest component is Amazon Web Services, the largest cloud provider. It has continued to grow even as sales reached almost $8.4 billion in the most recent quarter, and is more profitable than the much larger retail business.

But the annual growth for the cloud division did dip below 40% for the first time, and operating margin was down to 24% versus 84% this time last year. Olsavksy attributed the smaller profit margin to spending heavily on sales and marketing. He said Amazon’s tech workforce is growing about twice as fast as the company’s overall head count, which is up 13%.

Sales on the website are increasingly from third-party merchants, who pay Amazon fees for listing and shipping their items. That business as a fee collector is also more profitable for Amazon than when it sells items directly from its inventory.

Finally, Amazon’s high-margin ad business reaches more than an estimated $10 billion a year in sales, as it has become almost a necessity for people selling on the website. Amazon has also been building out tools to use consumers’ shopping behavior to target them for ads across the web. Amazon’s “Other” business segment, which it says is largely ads, had $3 billion in sales in the last quarter.

Those profit machines let Amazon spend heavily on the infrastructure for fast delivery or other major pushes that don’t yet produce major revenue, like the Alexa voice assistant. “They have cover with this ad business scaling and AWS as the incredible business it is,” Blackledge said.

Has the scrutiny in Washington hurt the business?

The pressure in Washington has been ramping up, as lawmakers and regulators focus on antitrust concerns. Amazon had to testify before Congress last week, where an executive was peppered with questions about whether it misuses customer and seller data for its own benefit, and the Justice Department announced this week that it was opening a sweeping antitrust review into big tech companies.

On Wednesday, Facebook disclosed that the Federal Trade Commission had begun a formal antitrust investigation into the social network. The FTC also has taken the lead for antitrust oversight for Amazon.

Investors, so far, aren’t worried. Michael Levine, an analyst at the Pivotal Research Group, said the “risk is remote” that antitrust scrutiny will severely harm Amazon. In a research note, Wedbush Securities echoed that sentiment.

“On balance, we think that a broad movement to break up companies solely because they are large will fail without a change to existing antitrust laws,” the note read. “In order to change the laws, Congress would have to agree to change them, which we view as exceedingly unlikely.”

In a call with reporters on Thursday, Olsavsky said the company did not comment on regulatory matters. He added that the company’s expectations for the next quarter did “ not include any particular penalties or impact from regulations.”

Tweets by @forbesindia
The value in venture capital
Russia combed voting systems in all US states: Senate report