Tendulkar on a new pitch: Assembling a BMW 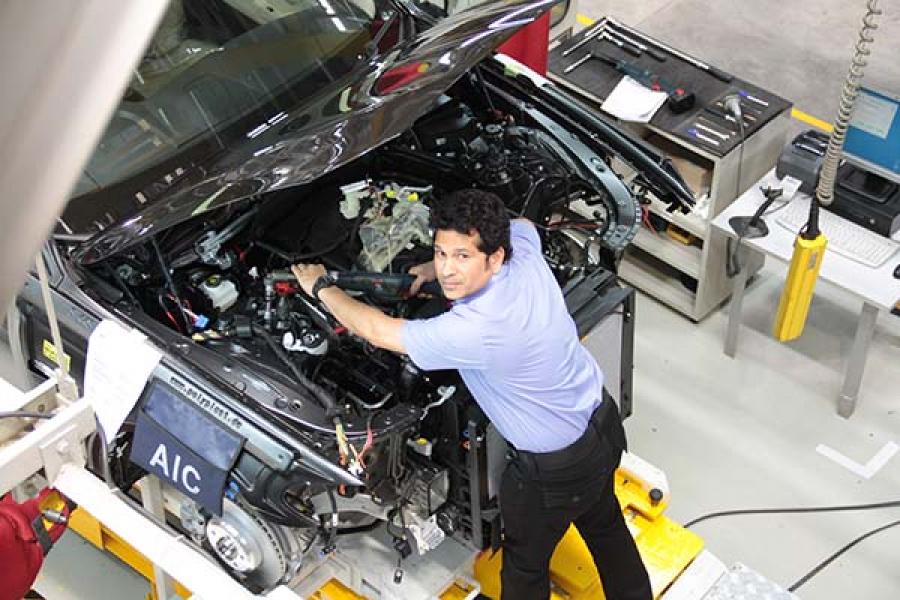 Sachin Tendulkar today tried his hand at something very different: He assembled a BMW 520d model at the German luxury car maker’s facility near Chennai. In the second assembly line’s bedding area, he married the car body with its engine and 8-speed automatic transmission. “I have always dreamed of owning and driving a BMW car but never thought will visit the plant and see how the cars are made,” Tendulkar said. The car he helped assemble will become a part of the Sachin Special Edition cars that will be launched. Dressed in a BMW factory uniform, he worked with a small group of engineers to perform the operation that lasted a few minutes.

Philipp von Sahr, president, BMW India said the company’s future belongs in India: “If you want to benefit from the dynamic Indian market, you need to invest now.” BMW has invested 69 million euros (Rs 490 crore) in its Indian operations. He also said the car maker will launch 15 new products in the months to come. “We will continue to invest in India in the years to come,” he added.