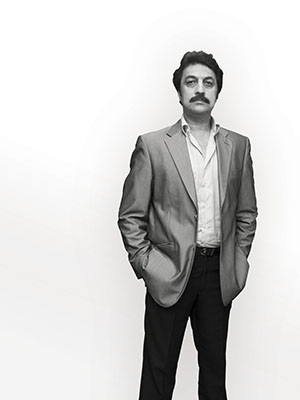 “There is money to be made in junk and mispriced opportunities.” This is the philosophy that has held Shankar Sharma, vice-chairman and joint managing director, First Global Stockbroking, in good stead as he built his investment portfolio over a span of over three decades.

Sharma, who grew up in Dhanbad, a town in the coal-bearing belt of India’s Jharkhand-West Bengal border, had his first brush with punting on stocks in 1982, when he was in his second year of college. “My father had died a year back and we didn’t have a lot wealth. We had a tenant who invested in IPOs (initial public offerings),” recalls Sharma. “Stocks that were purchased for as low as Rs 10 per share would appreciate between Rs 30 and Rs 50 in a short time, which was a lot of money in those days. So I made my first investment by buying 250 shares for Rs 2,500, which I borrowed from my mother.” Sharma made a tenfold return on his first investment. Stoked by his initial success, he decided to stay in the game.

It is worth noting that during those days there weren’t any merchant bankers in Dhanbad from whom one could buys shares on the bourses. And modern-day conveniences like online trading were a long way off. As Sharma’s appetite for investing in shares increased, he would often undertake the 10 hour-long train journey to Calcutta (now Kolkata), where the Calcutta Stock Exchange and several stockbrokers were thriving.

Sharma went on to pursue an MBA degree at the Asian Institute of Management in Manila and joined Citibank right after B-School. But a year and three months into the job, he decided he had had enough of what he called “a straitjacketed, limited opportunity in the Indian arm of a multinational entity,” and decided to pursue his calling: understanding capital markets and making money from it.

So in 1989, Sharma quit Citibank at the age of 26 and founded First Global with a seed capital of Rs 5,000, which was his accumulated provident fund. The first two to three years were challenging in terms of making ends meet, but Sharma scraped by with the help of commissions earned from some investors, whom he had signed up as clients.

Then came the turning point in Sharma’s fortunes and his first experience of “how junk can be turned into gold”. During the bull run of 1991-92, a bunch of worthless stocks (like Karnataka Ball Bearing and Scindia Steamship) accidently landed in his portfolio. “Those were the days of physical trading and the confusion on the exchange floor often meant that you ended up with stocks that you didn’t intend to buy,” says Sharma over a telephonic conversation from Dubai. The shares appreciated overnight. Sharma used the proceeds from those investments to buy a BSE (then known as Bombay Stock Exchange) membership for First Global.

Since then, Sharma has looked to invest in companies whose shares are depressed due to operational or financial turbulence. Some of the stocks that Sharma has bought and sold over the years include Pentamedia Graphics, Global Tele Systems (now known as GTL), and Himachal Futuristic Communications during the dot-com bubble between 1999 and 2001, and infrastructure firms like IVRCL and Hindustan Construction Company Limited during 2003 and 2004.

One investment that Sharma is particularly proud of is Tata Motors.

He picked up shares of the automobile manufacturer in 2008 after its stock price slumped following the company’s acquisition of Jaguar Land Rover (JLR). “Everyone had written off JLR due to its debt and lack of profitability. But on one of my trips to London, I saw the new JLR models and instantly knew they would be successful,” Sharma says. “I did the math and figured that if JLR could improve its market share from 0.6 percent to 1 percent of the global luxury car market, it would translate into a profit of a billion dollars. Eventually, JLR posted profits far in excess of that.”

Sharma’s investment decisions are based more on reading charts and technicals, rather than fundamentals. “The stock market doesn’t function on fundamentals,” he says. He admires George Soros and believes in the American billionaire investor’s philosophy of being prepared to short an investment tomorrow, on which you may have a long position today.

Never underestimate the importance of pragmatism, Sharma says. “Don’t get emotional about investments. It’s all about timing; enter and exit an investment at the appropriate time.”