The SoftBank effect: How $100 billion left workers in a hole

SoftBank poured money into start-ups that use armies of contractors. That has upended the lives of drivers, hotel operators and real estate agents around the world, including many associated with Oyo in India 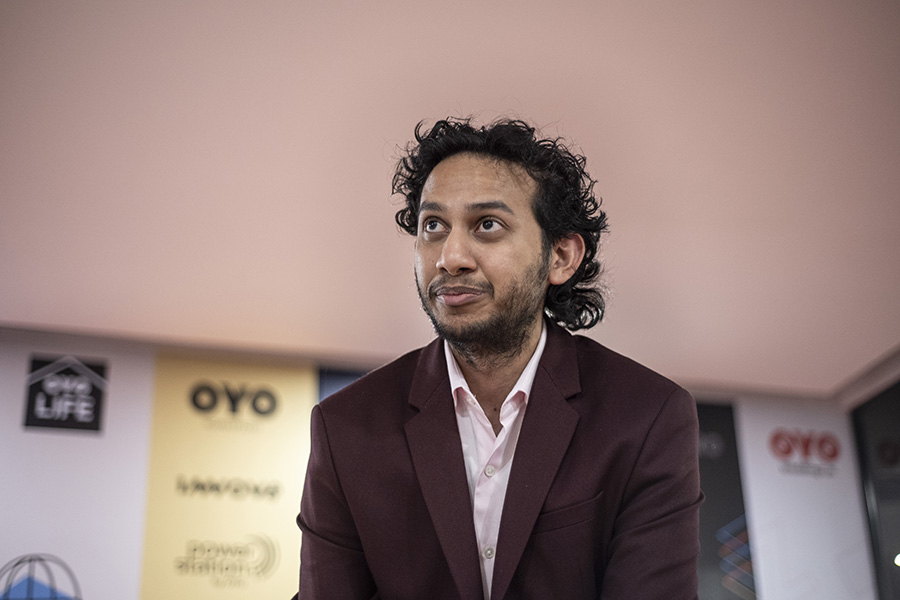 For five years, Sunil Solankey, a retired captain in the Indian army, had run the 20-room Four Sight Hotel in a New Delhi suburb. Business was steady, but he longed to make the establishment a destination for lucrative business travelers.

Last year, a hospitality startup called Oyo told Solankey that it would turn the Four Sight into a flagship hotel for corporate customers. It guaranteed him monthly payments whether the rooms were booked or not, as long as he rebranded the property with Oyo’s name and sold the rooms exclusively through its site.

At Oyo’s request, Solankey sank 600,000 rupees, or $8,400, into reupholstering the hotel’s furniture and adding new linens. But corporate guests did not materialize, and Oyo stopped making the payments. Now he is on the verge of eviction.

Solankey is one of millions of workers and small-business people who worked with startups financed by the biggest venture capital fund in history, the $100 billion Vision Fund run by the Japanese conglomerate SoftBank. The fund was part of a flood of money that has washed over the world in the past decade — and that has upended people’s lives when the startups broke their promises.

Masayoshi Son, SoftBank’s chief executive, was hailed as a kingmaker in 2016 when he unveiled the Vision Fund. Using the cash hoard, Son poured money into fledgling companies across the world, many of which have a business model of hiring contractors who deliver their services. Above all, he urged these startups to grow as fast as possible.

Many of the young companies used SoftBank’s cash to dangle incentives and other payments to quickly attract as many workers as they could. But when they failed to make a profit and SoftBank changed its tune on growth, the companies often slashed or reneged on those same incentives.

That has now left contractors like Solankey holding the bag.

The New York Times reviewed contracts and internal company documents, and interviewed more than 50 workers with SoftBank-funded startups like Oyo, the delivery firm Rappi and the real estate brokerage Compass in places such as Chicago, New Delhi, Beijing and Bogotá, Colombia. What emerged was a pattern that repeated across the world: a distinctly modern version of the bait-and-switch.

“These startups try to get workers attracted to them and bring them within the fold,” said Uma Rani, a researcher at the International Labor Organization who is surveying startup contractors in emerging economies. “When the workers attach to the whole thing and are highly dependent on it, then you slash it. This is something we are systematically seeing.”

SoftBank’s Vision Fund is an emblem of a broader phenomenon known as “overcapitalization” — essentially, too much cash. Venture funds inundated startups with more than $207 billion last year, or almost twice the amount invested globally during the dot-com peak in 2000, according to CB Insights, a firm that tracks private companies.

Flush with the cash, entrepreneurs operated with scant oversight and little regard for profit. All the while, SoftBank and other investors have valued these startups at inflated levels, leading to an overheated system filled with unsound businesses. When the companies try to cash out by going public, some have run into hurdles.

At two of SoftBank’s biggest investments, WeWork and Uber, some of these issues have become public. Uber, the ride-hailing service, staged an underwhelming initial public offering in May and posted a $1.2 billion loss last week. WeWork, the office leasing company, recently ousted its chief executive and accepted a rescue plan from SoftBank as its value was cut. Last week, SoftBank reported a $4.6 billion hit from its WeWork investment.

“Since the money started pouring out of SoftBank, they have completely distorted the priorities and focus of young ventures around the world,” said Len Sherman, a Columbia Business School professor.

Protests against SoftBank-funded startups have erupted in New York, Bogotá, Mumbai and beyond, with many captured on video and posted to YouTube. Some of the videos, which have been viewed thousands of times, showed chanting workers or destruction of property. All displayed a visible frustration.

Jeff Housenbold, a managing partner at SoftBank’s Vision Fund, said, “This is an important, complex issue that predates the Vision Fund and affects many companies we haven’t backed in equal measure.”

That is of little comfort to contractors like Solankey. “I am in the pit,” he said.

That month, Oyo told the hotelier it would bring him high-paying corporate travelers if he joined its network and upgraded the property. Under the arrangement, Oyo guaranteed him monthly payments of 700,000 rupees, or around $10,000, for three years, according to a contract viewed by The Times.

But within a year, the payments evaporated. Instead of business customers, unmarried couples looking for private rooms turned up. And Oyo discounted the rooms so much online that Solankey could not offer them to guests at a higher price.

“It is suicidal for me,” he said while sitting recently in his hotel’s empty restaurant.

Oyo said Solankey had misrepresented the health of his business before signing the contract.

Oyo was founded in 2013 as a website to organize and standardize India’s budget hotels. It coaxes small hotels to become Oyo-branded destinations that list exclusively on its site, without its having to own most of the properties.

SoftBank, which began investing in Oyo in 2015 and now owns nearly half the startup, has pushed to add more hotels to the company’s network.

Oyo now claims to offer more than 1.2 million rooms, including in China and the United States, where it recently bought the Hooters Casino Hotel in Las Vegas.

It has scaled up partly by promising hoteliers monthly payments, made possible by SoftBank’s money. The payments, which are an advance on the hotel owner’s share of room revenue, were supposed to be paid no matter how many rooms were booked.

In exchange, the hotels added free breakfasts and linens in Oyo’s signature red and white. They agreed to book all rooms — even walk-in guests — through Oyo and let it control how the rooms were sold on other sites.

But those payments led to rising losses in India.

“The situation is so bad, we’re looking at it as a scam,” said Pradeep Shetty, the honorary joint secretary of the Federation of Hotel and Restaurant Associations of India, which represents around 3,000 hotels and filed the competition complaint.

Solankey said he was losing 150,000 rupees, or $2,100, a month. While he plans to quit Oyo, he needs the money the company owes him. Oyo has offered to pay just half the debt — and then only if he signs a new contract with no guaranteed payments, according to correspondence shared with The Times.

Solankey has taken out loans, but fallen behind on rent and electricity payments. In September, his power was temporarily cut off. This month, his landlord asked him to vacate the property.

Tweets by @forbes_india
Inside story: The fall of Overstock's mad king, Patrick Byrne
Inside the Kardashian-West-Jenner world