Top-tier IT firms to post a muted March quarter

With the appreciation of the dollar against global currencies likely to impact the topline of Indian IT-services companies, the last quarter of FY15 is in for a ‘muted’ performance. Analysts tracking the space expect sluggish demand environment to be a dampener for the $146 billion Indian IT industry during the January-March stretch, already a seasonally soft quarter for the sector.

Traditionally, January to March is a lean period for IT companies as client budgets are finalised during the period for the next fiscal and revenues do not accrue for the full quarter. 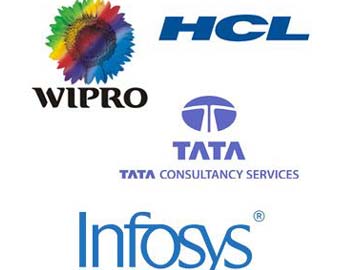 According to estimates by multiple brokerages, cross currency volatility and softness in demand in key verticals such as energy and utilities, retail, telecom and insurance is expected to hit the profit margins and sequential revenue growth of the top-tier Indian IT-services companies.

Brokerage houses, in their research notes, pointed out that IT companies are likely to see a sequential decline in operating margins during the January-March period hit by adverse cross-currency movements and slow volume growth during the quarter.

According to Ankita Somani, IT analyst, MSFL Research, TCS is expected to report almost flat earnings before interest, taxes, depreciation, and amortisation (Ebitda) margin due to lower volumes.

“Infosys is expected to report about 45 basis points (bps) q-o-q decline in Ebitda margin because of lower utilisation levels. Wipro and HCL Tech are expected to fare better than other tier-1 Indian IT players with marginal expansion of 15-20 bps q-o-q in Ebitda margin. The Ebitda margin of Tech Mahindra is expected to decline the most by about 170 bps on a sequential basis as the company has given wage hikes during the quarter,” said Somani.

Typically, a one percent change in the dollar tends to impact operating income by about 35 bps.

In terms of constant currency (CC) growth, Japanese investment bank Nomura noted in its report that it expects HCL Tech to report sequential dollar revenue growth of 3.5 percent during the quarter ended March, while the rest of the tier 1 players are likely to grow at about 2-2.5 percent quarter-on-quarter.

According to Motilal Oswal, TCS is expected to record sequential dollar revenue growth of 2.7 percent in constant currency and Wipro at 2.5 percent in CC terms.

Constant currency growth is typically seen as an indicator of real growth as companies with large foreign operations use this method to eliminate the effects of exchange rate fluctuations while calculating financial performance.

Earlier considered as an indicator of Indian IT industry’s overall performance, Infosys has failed to post market leading growth over the last few fiscals.

“We expect FY16 constant currency revenue guidance to be in the range of 7-9 percent year-on-year. We expect management’s commentary on capital allocation and new strategic initiatives by the company,” said Shashi Bhusan of Prabhudas Lilladher, adding that it expects Infosys to report sequential dollar revenue growth of 0.1 percent q-on-q, with volume growth of 2.7 percent during the March quarter. Since Vishal Sikka took over as the first non-founder CEO of Infosys in August 2014, the IT major has undertaken several measures to get back on track of higher growth.

For FY16, Nasscom predicted the Indian IT industry to grow at 12-14 percent, lower than its growth forecast of 13-15 per cent for FY15.

For the calendar year 2015, analysts expect a healthy demand environment for Indian IT companies with signs of uptick in discretionary spending among clients. With improved macro concerns in the US and gradual opening up of continental Europe to offshoring, expectation of better volumes will likely limit the cross currency impact going forward.

Results from tech majors like Oracle, Accenture and Red Hat have indicated improvement in the overall demand environment, with stronger project take-off in the US and cloud adoption. However, the pricing environment continues to remain subdued for commoditised services, Prabhudas Lilladher noted in its report.

Tweets by @forbesindia
Companies in the internet economy: The way we work now
Itamar Simonson: What influences shoppers?