Starting out in Mumbai, the company has partnered with 200 restaurants across the city to offer the service 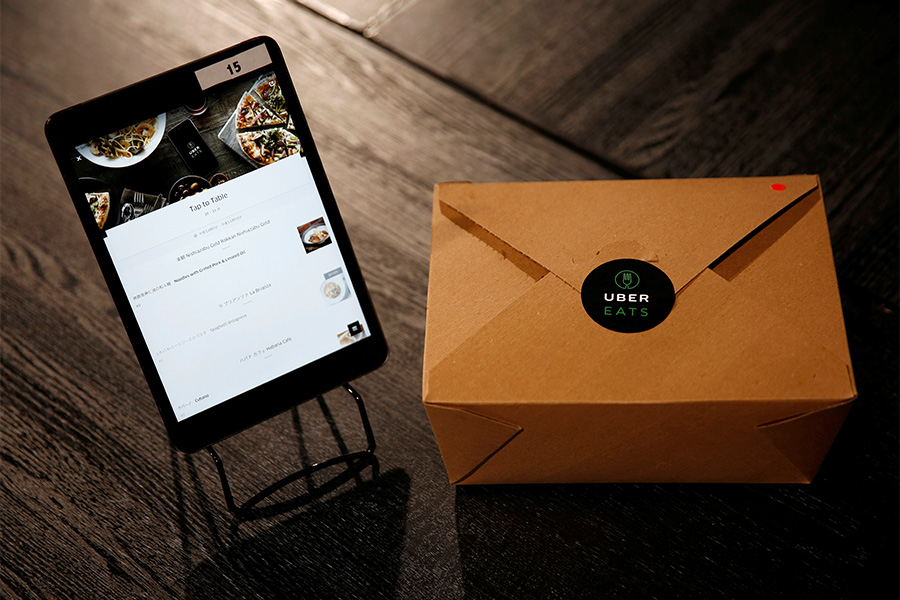 Image by: Kim Kyung Hoon / Reuters
San Francisco-based ride-hailing platform Uber Technologies Inc launched its on-demand food delivery service UberEATS in Mumbai on Tuesday, marking its India entry. The company has partnered with 200 restaurants in the city, including local players like The Bohri Kitchen, Chaayos, The Bombay Canteen and Le15, to make ordering food as “convenient and reliable as getting an Uber ride”.

Available as a standalone app - separate from the company’s ride-hailing app - UberEATS hopes to leverage on Uber’s strong network of driver partners and customers to offer users a seamless experience. “We have been in India for four years now,” said Bhavik Rathod during a press conference, referring to the ride-hailing service’s August 2013 entry into India. As former general manager of the ride-hailing business in the south and west region, Rathod is now tasked with leading UberEATS in India. “There have been many learnings from our time here, including a deep understanding of logistics and consumer behavior.”

With this launch, UberEATS hopes to take on established competitors like Swiggy, Zomato and Food Panda. Google too, recently announced the launch of Areo, an app that collates restaurant delivery and home services businesses. Ola, Uber’s key competitor in the ride-hailing space, had launched a hyperlocal grocery and food delivery service in early 2015, but shut down both verticals within 12 months due to poor unit economics and unmet expectations. Brushing off concerns about competition, Rathod pointed out that India had a $15 billion unorganised food industry. “It’s a large industry that we are going after,” he said. UberEATS plans to expand its presence to six Indian cities by the end of 2017.

"We have worked specifically to turn the challenges in India into opportunities for developing a better product for consumers, restaurants, and delivery partners," said Kartik Murthy, product manager, UberEATS Internationalisation & Growth. For consumers, UberEATS claims to use machine learning to surface the right restaurant recommendations based on past orders and contextual information. For restaurant partners too, UberEATS has developed a tool to share actionable data and insights on consumer preferences and behaviour to help them grow their businesses. For delivery partners, a platform has been built to enable them to complete trips when offline in low connectivity areas, said Murthy.

While there is no minimum order, a Rs 15 delivery fee will be charged on every transaction. Deliveries will be undertaken by not just Uber’s existing network of driver partners but also third party partners.

UberEATS started as a small delivery pilot in Los Angeles in 2014. At that time, users could pick from a handful of restaurants using the existing ride-hailing app. As the service grew in popularity, a standalone app was launched in Toronto in December 2015. Today, the service is present in 26 countries and 78 cities across the world, including Mumbai.

At around $70 billion, Uber is the world’s most valuable startup. It has raised around $15 billion in debt and equity from marquee investors like Morgan Stanley, Goldman Sachs, Saudi Arabia’s Public Investment Fund and Fidelity Investments. Rathod declined to comment on the investments made into the India launch of UberEATS but reiterated that it represented the company’s commitment to the country.