We don't do things from an opportunistic point of view: Montblanc CEO Nicolas Baretzki

The luxury brand is making a significant contribution in imparting education to children across the globe, through its association with Unicef 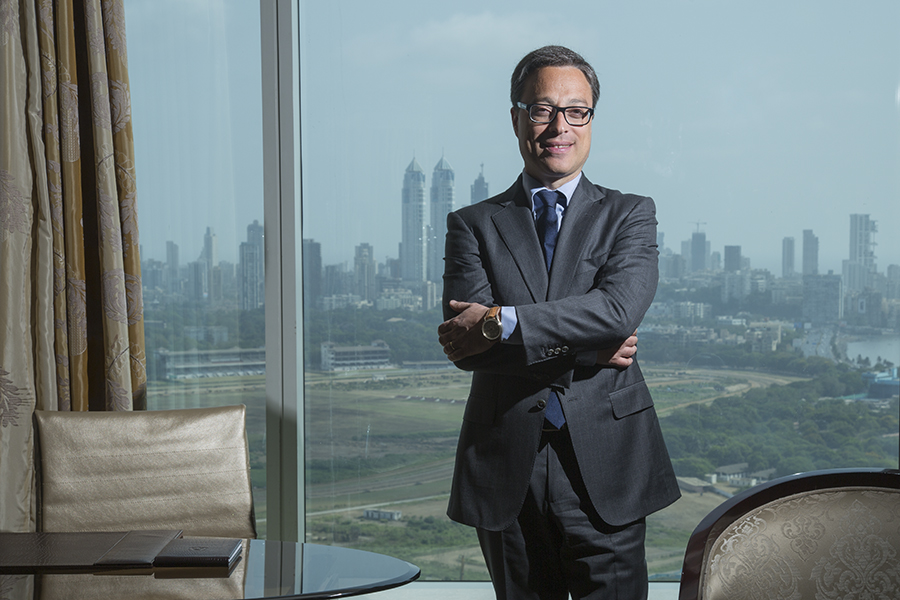 Montblanc CEO Nicolas Baretzki sees the luxury brand’s ongoing partnership with Unicef to provide access to quality education across the world as a long-term commitment. On Tuesday (May 2), he officially introduced cricketing legend AB de Villiers as Montblanc’s new ambassador for India and South Africa at a press conference in Mumbai to launch the Maison’s new Unicef collection. In an exclusive interview with Forbes India later, the CEO spoke about why the cause is so dear to the brand among other things. Edited excerpts:

Forbes India: Montblanc has had a 13-year association with Unicef so far. Why the focus on literacy?
Nicolas Baretzki: Whatever we do at Montblanc, we don’t do it from an opportunistic point of view. It’s a long-term commitment. Our partnership with Unicef started 13 years ago and we thought the best way of giving back [to society] was through its education programmes.

When you think of the figures, they’re alarming: 60 million children globally do not go to school while a 100 million drop out of school in a few years. And though we have been supporting such children over the years, unfortunately, we will have to continue doing that because the numbers haven’t changed much. That’s because the population is growing.

We estimate that we should be able to help five million children within a year. It may not even be a drop in the ocean, but maybe we are starting to fill up a little bit of the glass. Montblanc feels that it’s an important story that we want to write and participate in.

Forbes India: What is the amount you plan to raise for the cause through sales of your products?
Baretzki: We are presenting different categories of products and the idea is to take a percentage from their sales this year. In any case, we will give a minimum donation of $1.5 million for education programmes. This is in addition to the $10 million that we have already given in the last 13 years. If you do this one time, it’s not enough. You have to do it on a long-term basis. We want to ensure that the impact is concrete.

Forbes India: How did the decision on appointing AB de Villiers as brand ambassador come about?
Baretzki: Finding an ambassador is so difficult. You don’t just want to have an ambassador; you want to have someone you are confident about and someone who reflects and embodies the values of the brand. AB de Villiers is known for his performances, disruptive approach and his ability to excel in different formats of the game. Plus he claims to have a special relationship with our group. So, it all clicked. We are celebrating the excellence of a person as well as his commitment and dedication. That’s why we selected him.

Forbes India: India is also grappling with problems related to literacy.
Baretzki: Yes, and it was reflected in an incident in New York. We had some VIPs attending our event there when an Indian guy came up to me and asked me to introduce him to the Unicef director of education. I was pleasantly surprised as he wanted to participate as a donor, but wanted that money to be used on Indian children. He does not wish to reveal his identity either. That’s the concept of our #PassItOn campaign – to spread the message around by posting it on social media and ensure everyone contributes. People don’t have to buy something; it’s more a question of raising awareness about the programme and making sure it benefits citizens in many countries.

Forbes India: Montblanc also has a strong association with Titan. Could you shed some light on that?
Baretzki: When we took over our distribution in India a couple of years ago, we wanted to have a partner. We were looking for someone who had a deep knowledge of the market. As a luxury maison, we were aware of Mumbai and Delhi, but it’s important to be able to understand how to have client proximity across the country.

Titan might not be the expert on luxury, but it is clearly the expert when it comes to excellence in retailing. So, we would bring the expertise in luxury; it would bring all the rest. This creates a fantastic collaboration that has worked very well since we got together in December 2015. We have already opened seven boutiques and have big plans for the future. We see India as strategic market.

Forbes India: You took over as CEO only recently. What are your plans for the brand?
Baretzki: I am busy implementing all that we have planned and prepared so far. It has been a hectic travel schedule… I was in London, New York and now in India in the past few weeks. There’s a lot to come until summer. It’s more a question about continuity, of keeping the intensity as there are a lot of projects and innovations happening. That’s my first job… continuing the legacy [of the brand] and ensuring that we accelerate the growth we have been enjoying in the last year or so.