Will the latest round of FDI reforms revive private investment? 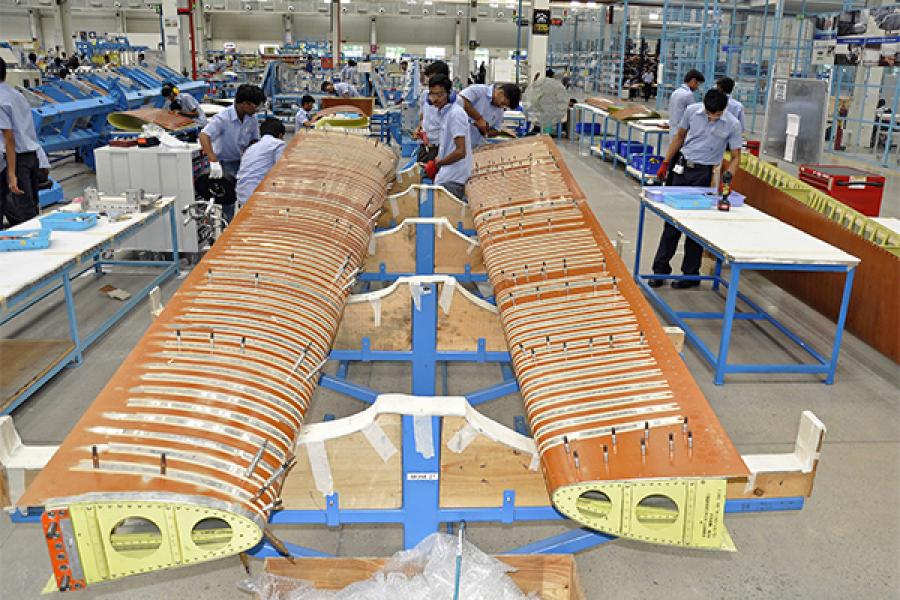 Image: Reuters
Employees work at Tata Lockheed Martin Aerostructures Ltd., on the outskirts of the southern Indian city of Hyderabad August 20, 2014. Some of India's biggest companies are pouring billions of dollars into manufacturing guns, ships and tanks for the country's military, buoyed by the new government's commitment to upgrade its armed forces using domestic factories

In terms of timing, the Narendra Modi government’s decision to further liberalise foreign direct investment (FDI) in select sectors such as defence, retail and pharmaceuticals (announced on Monday, June 20, 2016) may well have helped the markets recover from the adverse fallout of Raghuram Rajan’s decision not to continue as Reserve Bank of India governor after his first term ends in September. But the motivation to reform further came from another bad news. The investment growth in the economy (as measured by the gross fixed capital formation data) turned negative in Q4 of 2015-16 fiscal for the first time in the last seven quarters. In fact, the fall was sharp and dramatic. According to Citi Research, net investment in the economy registered a decline of 0.4 percent in the second half of 2015-16 compared to a growth of 8.4 percent in the first half. Despite the government’s multi-pronged efforts – earlier rounds of FDI reforms, lower interest rates, improved ease of doing business and large scale public investment (on the hope that it will catalyse private investment) – investment, especially private investment refuses to pick up.

In fact, if the latest FICCI Business Confidence Survey is any indication, it is unlikely to improve in the next six months. The survey conducted on 120 companies across different sectors saw 64 percent of the respondents characterising the demand situation in the next six months as worrisome.  Also, 46 percent of them did not foresee any change in their level of investment. The government’s latest round of liberalisation is an attempt to improve the business confidence further and create a climate to draw in private investment.

The government is well aware that the strong GDP growth of 7.9 percent in the last quarter of 2015-16 cannot be sustained unless all the engines of growth – domestic consumption, exports, public investment and private investment – fire. While domestic consumption is strong (it grew by 7.5 percent in second half of 2015-16 as against 5.7 percent in the first half) and high public investment by government (made possible thanks to large scale oil windfall), especially in roads and other infrastructure sectors, contributed handsomely to the higher-than-expected growth in the economy in Q4 of 2015-16, exports (which fell for the 18th consecutive month in May this year) and private investment have been a big let-down.

While exports have been impacted by the global economic slowdown, the primary cause for lower private investment has been surplus capacity in the industry. If the latest export numbers are any indication, the fall appears to be bottoming out. But the economy is yet to see any indication of an end to the investment drought. The latest Index of Industrial Production (IIP) further adds to the government’s frustration. The overall IIP data fell by 0.8 percent in April pulled down by a 3.1 percent fall in manufacturing. Consumer goods production fell by 1.2 percent and consumer non-durables by 9.8 percent. This is a clear indication that sustaining GDP growth just on domestic consumption has its own limits. It is in this context that the latest round of FDI reforms should be looked at.