Wipro doles out average wage hike of 7%; in line with peers 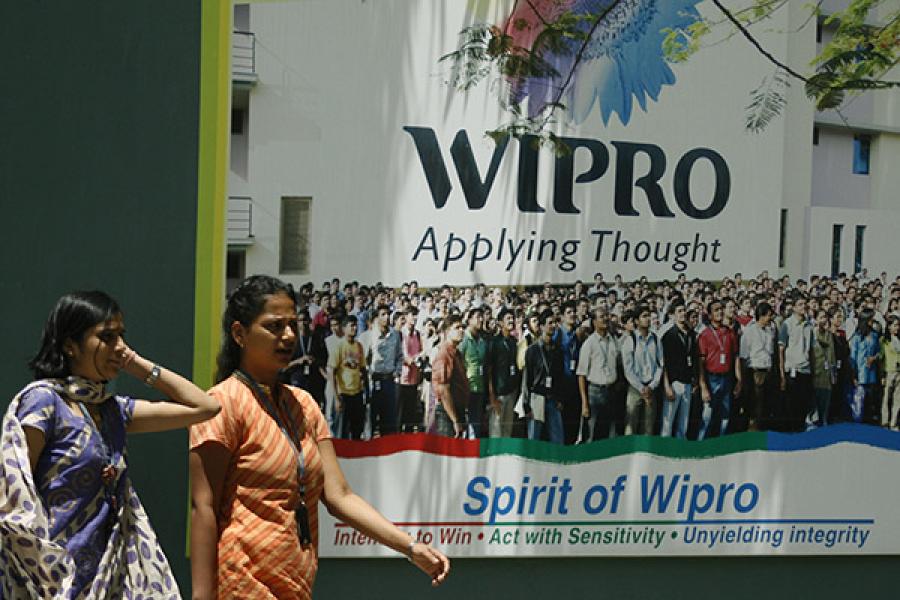 India’s third largest IT-services exporter Wipro has given an average wage hike of 7 percent to its employees in India effective this month. Last year, the average salary increase, for Wipro’s employees based in the country, was 8 percent.

For its workforce abroad (onsite), the wage increase remained flat at 2 percent compared to last year. “In line with industry standards, Wipro has announced a salary increase for eligible employees, effective June 1, 2015. The average salary hike would be 7 percent for offshore employees and 2 percent for onsite employees, respectively,” said Saurabh Govil, global head, Human Resources, Wipro in a statement.

However, the IT company did not specify the details of salary hike given to top performers. “High performers are being rewarded with substantially higher increases in their compensation,” said Govil.

In addition, Wipro said it has increased the fixed pay component in the employee salaries at the junior and mid-management levels without divulging further details. As of March 2015, Wipro had a total staff strength of 1,58,217.

Staffing companies point out that with increasing wage costs impacting profit margins amid slow business growth, Indian IT-services companies can no longer afford double-digit wage hikes across the board.

This year, IT major Infosys announced an average wage increment of 6.5 percent for its employees in India, while for its workforce abroad, the salary hike was 2 percent. However, top performers at Infosys have been awarded a hike of 9 percent for FY16.

In the last few years, single-digit pay hikes, for a bulk of the employees, have become a standard practice for top-tier IT firms. For FY16, India’s largest software-services exporter TCS announced average wage hikes of 8 percent for employees in India and 2-4 percent for those overseas.

The salary hikes given by the top three Indian IT firms are in inline with various projections in the range of 7-8 percent made by recruitment firms. However, the wage increments in IT companies this year were almost the same as last year’s hikes.

Tweets by @forbesindia
Sim Bhullar: A head above the rest
Prestige's Irfan Razack and his Mumbai dream