Top performers in India to get 9% wage hike, while employees abroad can expect an average increase of 2% 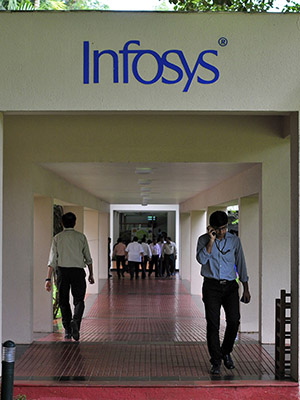 India’s second-largest IT-services exporter Infosys has given an average wage hike of 6.5 percent to its employees in India effective next month. The average salary increase for last year was in the range of 5-7 percent.

According to sources in the company, top performers have been awarded a hike of 9 percent for FY16, while for its workforce abroad (onsite), the wage increase is almost flat at 2 percent compared to 1-2 percent last year.

“Compensation review will be rolled out in 55 countries across the globe effective April 1, 2015. The average increase in India is 6.5 percent and can go up to 9 percent for high performers,” Infosys said on its intranet Sparsh, the company’s internal website.

The appraisal letters are expected to be rolled out to employees in India ‘starting March 27’ and abroad (onsite) ‘starting April 24.’ According to what it said on Sparsh, Infosys has also informed its employees that quarterly promotions and role changes will continue to take place across all levels.

Once considered as the bellwether of the $146-billion Indian IT industry's overall performance, Infosys has failed to post market leading growth over the last few fiscals. In the last two years, Infosys has attempted to optimise costs and streamline its workforce across locations. Since Vishal Sikka took over as the first non-founder CEO of Infosys in August 2014, the IT major has undertaken several measures to get back on track of higher growth and bring down its rising attrition level. During the quarter ended December Infosys' attrition on a last 12 months basis stood at 20.4 percent.

“This year the average salary hike for the Indian IT sector would be in the range of 7-8 percent, which is almost flat compared to last year’s wage increment. However, the top performers in the organisation would be definitely rewarded with a 20-25 percent hike depending on their job function and contribution to the top line and bottom line,” said Amitabh Das, CEO,Vati Consulting, an HR advisory firm.

Recruitment companies point out that with increasing wage cost impacting profit margin, coupled with slow business growth, Indian IT-services companies can no longer afford double-digit wage hike across the board.

However, some are of the opinion that this year the average salary hike in the IT sector would be higher compared to last year. “This year increments would be in the range of 10-11 percent compared with 7-8 percent last year. People with new and niche skill such as big data, cloud, mobility and analytics would see an increase of 12.5-13.5 percent increase in their annual package,” said Alka Dhingra, regional manager (IT) of staffing company TeamLease Services.