I feel less relevant now than ever before, says Subroto Bagchi

As Subroto Bagchi's tenure as executive chairman of Mindtree ends in April, he's optimistic that the next line of leaders will take the company to a higher level 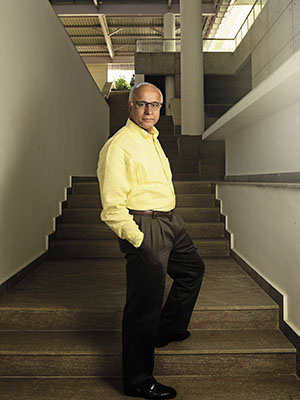 In January, Mindtree announced Executive Chairman Subroto Bagchi’s exit from the company, effective April 1, 2016. Bagchi, who co-founded the $584 million IT services firm in 1999, will continue to be on its board as non-executive director. He tells Forbes India that this is the right time for him to step down from an executive role and take up social issues that are close to his heart. Edited excerpts from an interview:

Q. When you became chairman in 2012, you said you had something unfinished for Mindtree. Could you finish that job?
An organisation is a living thing; to be done would mean the end, almost. In our earlier conversation, I had stressed that the core theme was a company for 2020 with four focus areas: Attaining critical mass; building sharp verticalisation and not leaving everything to everybody; making the company feel local to the area where it operates; and building a leadership pipeline that is well entrenched by 2020, so as to be able to think of 2025. Today, I can safely say we are well entrenched and well positioned. We will soon be a billion-dollar company, mostly through organic growth.

I’m also tremendously satisfied with our leadership pipeline, not just with Rostow (Ravanan) coming in as the new CEO and managing director, but also with the second and third levels. In recent times, we’ve got outstanding talent from outside. The biggest satisfaction for a leader is to realise that you are less relevant. I feel less relevant now than ever before.

Q. Are you content with the Mindtree you are leaving behind?
I would say yes. There couldn’t have been a better time. KK [Krishnakumar Natarajan, the incumbent CEO who has been named as the new executive chairman effective April 1] and I had a glorious relationship. Both of us were extremely lucky. We had the support of an outstanding board that shepherded and guided us. It is not an easy task if you have an executive chairman and a CEO to run the business. There has to be that understanding between them to not step on each others’ toes. We sometimes take this understanding for granted, but it is not a trivial thing. It’s one thing to be friends and another to be co-founders. It is one thing to be fellow professionals and something else to share power. Not just in any corporate sense, I see even not-for-profit organisations as well as governments struggle with it. It’s not easy.

Q. In just six years since it was set up, Mindtree became a $100 million (in terms of revenues) company. But the goal of building it as a billion-dollar company (in revenues) by 2014 couldn’t be achieved during your tenure. Do you regret that?
I thought about it. But looking back, if I were to do it all over again, I will mostly do it the same way. A year prior to 1999 (when we started Mindtree), we [the co-founders] sat down together and the three drivers that came to our mind were: To build a company that will do aspirational work, a company that will create shared wealth and a company with a social conscience. To me, the totality of these three are far more important than whether we became/become a billion-dollar company yesterday, today or tomorrow. Mindtree has remained faithful to the three critical parameters with which we started the company. We consistently did aspirational work and created wealth for many. It is one of the most valued companies in the stock market with consistent returns generated in the last so many years. It has beaten indices so many times. Mindtree is known for its good governance.

Q. In 2013, Mindtree initiated an internal transformation drive. It got global consulting firm Bain & Company to chalk out a roadmap. Did that help?
Hugely. Some organisations work very well with partners and consultants and some don’t. It is very difficult to point out what is it in the DNA of an organisation that enables it to make the most of either a consultant’s recommendation or a partner relationship. Looking back, I think Bain was a defining experience for us. It helped us to step back and do a lot of introspection.

Q. Co-founder Rostow Ravanan has been named Mindtree CEO. As a colleague, do you feel there is any immediate task for him?
Ravanan has been in critical positions within the company. He was the CFO and is well aware of the issues and priorities at Mindtree. There have been a lot of conversations over time; he is an individual who has a larger economic view, not just about IT and our enterprise, but also on what businesses should do to be more relevant.

Q. What next for you?
I will continue to be on the Mindtree board. In addition, I have accepted a position on the board of the Indian Oil Corporation (IOC). The IOC is an unusual board; it meets every month because of the sensitive nature of its business and its implication to the national economy. I’m also heading the nomination committee of the board, along with a couple of other committees. Besides, there are areas that my wife and I have chosen to deeply involve ourselves with, such as mental health. My father had a mental health issue; it’s one of the reasons we incubated the White Swan Foundation inside the National Institute of Mental Health and Neurosciences, Bengaluru. The second area is blindness. My mother was blind. In this field, we have started engaging with several organisations. We are getting involved in areas of rural vision and research for building predictive biomarkers and saving pre-term babies from blindness. The third area is geriatrics. We have set up The Nightingales Trust—Bagchi Centre for Active Ageing in Bengaluru. We are currently in the second year and are looking to expand. I will also be connected with the academia and hope to be able to write as well.

Q. Is there any specific role you would like to look into in the startup space?
There are two things that I will not do. I don’t see myself as a serial entrepreneur and a for-profit angel investor or a venture capitalist. Second, I don’t see myself becoming a talking head. Not for any other reason, but I think there are enough good people in the system already. There is enough churn and activity happening. I should focus on the underserved areas and bridge the gap between for-profit and not-for-profit.