Infosys' New CEO Will Have to Work Harder to Establish Moral Ground: Shibulal 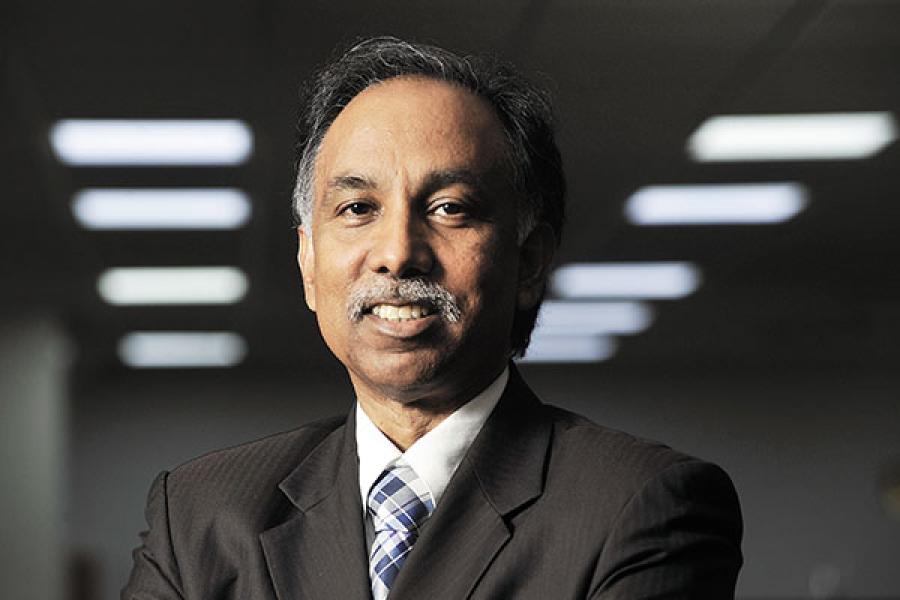 
For the first time in its 33-year history, Infosys, India’s second-largest IT services company, will be led by a non-founder, an outsider—Vishal Sikka. Outgoing chief SD Shibulal sees this development as a mere transition from “one professional to another”. He believes that the Infosys of today is much stronger than it was three years ago, when he came at the helm. He is confident that the current leadership will steer the firm forward. Excerpts:

Q. This is the first time that a non-founder has been appointed CEO of Infosys. How do you view this development?
There are two aspects to this: First, Infosys founders have always behaved like professionals. We have kept our personal lives separate from the company. We have run it with complete fairness. It’s just that we happened to be the founders. However, being a founder affords one a moral high ground which an external candidate doesn’t [have]. At one level, I clearly see this as a transition from one professional to another. On another level, the new CEO has to work a little harder to establish the moral ground. It is about the association with the organisation, the kind of trust and track record, that he will need to build over a period of time.

Q. Your tenure as CEO from August 2011 to July 2014 has witnessed some of the most difficult times for the company. What were your major challenges?
I took over amidst a very difficult environment. Infosys was faced with several external and internal challenges. Externally, we were just coming out of an economic crisis, and the macro conditions were uncertain and volatile. This uncertainty was reflected in delays in the decision cycle as well as cuts in discretionary spends. We were faced with several challenges internally as well. On the legal and regulatory front, we were dealing with employee retaliation cases, investigation by the US Attorney’s Office and the US Department of Homeland Security relating to visa matters. These legal matters consumed a lot of management bandwidth and led to regulatory overhang and increased scrutiny.

Simultaneously, there was trailing business momentum. The incremental revenues fell in Q3 FY12 and the revenue growth turned negative in two successive quarters, Q4 FY12 and Q1 FY13. We had lost ground in the large outsourcing deals. Margin was impacted by lower growth and additionally with compliance-related expenses and short-term acquisition-related charges. We also had significant flux due to the Infosys 3.0 transformation that we’d begun. The new organisation structure and the leadership were just settling down.

Q. Were you able to address these concerns during your tenure?
Today, these challenges are behind us. In FY14, we completed a civil settlement that concluded the investigation by the US Attorney’s Office and the US Department of Homeland Security. A US court also dismissed the lawsuit filed by the whistleblower. We overhauled our compliance processes, completed audits, and put in place improved systems and processes. Through all these challenges, we did not lose a single client and there was no adverse impact on the Infosys brand.We undertook several steps to regain business momentum, arrested two quarters of negative growth and implemented leadership changes for key portfolios to correct performance failures. In FY14, we doubled our revenue growth compared to FY13, crossed significant milestones of Rs 50,000 crore in annual sales and Rs 30,000 crore in cash balances. Our margins are back in the trajectory we want them to be in. In September 2013, we implemented the new structure.

Q. You announced your retirement in April, almost a year before your tenure ends. Were you contemplating it?
My retirement date was always known and the nomination committee was in the process of looking for a person who would take on as the CEO. I was eligible to retire in January 2015, but I stated that if the company could find somebody before, that would be a right time for me to step down. 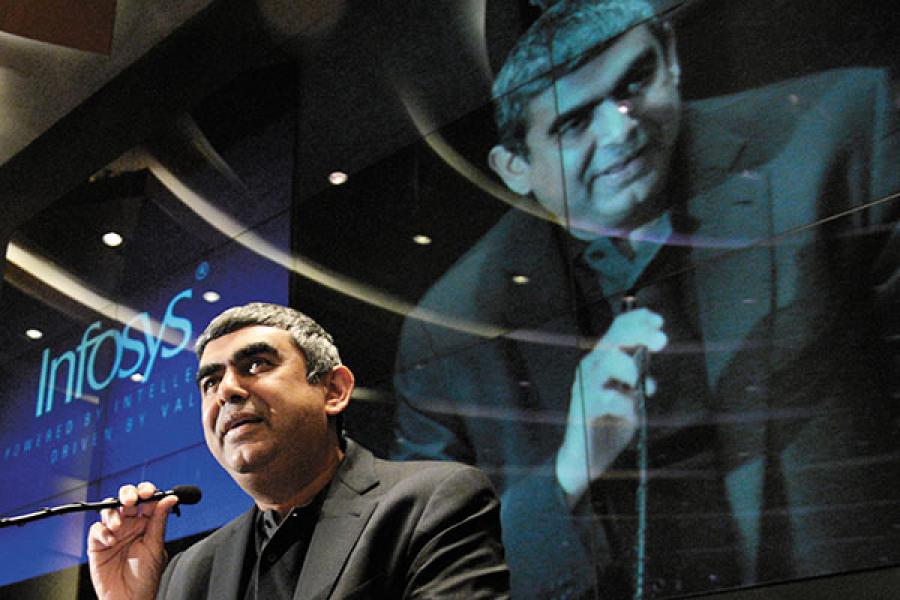 Image: Reuters
Vishal Sikka, Infosys' new CEO
Q. As an outgoing CEO, how do you see Sikka leading Infosys?
Vishal brings valuable experience as a leader of a large global corporation and possesses the vision and capability we need to take Infosys to greater heights. He is a thought leader who will bring his expertise in newer technology areas, which can be leveraged to help Infosys become more competitive. He will chart his own path and build on the foundation that has been created to give Infosys even greater momentum.

Q. In your view, what should be the immediate task for the new CEO?
His actions would not be based on what I experienced. I feel his challenges and responsibilities will be different from what I had. Today, the company is on a different trajectory than [it was] when I was at the helm. His agenda will be derived from the Infosys 3.0 transition, the current business environment and customer and employee aspirations. His working style will also influence his role.

Q. What are the business strategies that Infosys is looking at?
We are committed to Infosys 3.0—a strategy looking at a third of its revenue from products, platforms and solutions (PPS) business—and continuing the journey. The corner stone of 3.0 is increasing client relevance. The Infosys transformation is well understood and received by our clients, employees and industry analysts. We renewed our focus on strategic sourcing deals to regain lost ground in the BITS [business and IT services] space, the first pillar of the 3.0 strategy, and this is visible in our client wins. We acquired Switzerland-based Lodestone AG to bolster our presence in Europe. It strengthened our CSI [consulting and system integration] portfolio, the second pillar of the strategy. We have taken rapid strides in establishing ourselves in the products and platforms space, the third pillar of the strategy, through Infosys Edge products and platforms. We have, so far, launched seven products and seven platforms. We believe that these are the areas where clients want more traction.

Q. There have been reports indicating concerns among employees and clients on the series of top-level exits over the last one year.  Do you feel currently it is a concern?
One needs to look at the larger picture. We are a large corporation and have invested heavily into building leaders. We started the leadership institute in 2002 and I believe we have built a strong pool of leaders. We were in transition and that created certain uncertainties. We have lost a few people in the recent past. But, if you count 1,65,000 people and assume one percent of the workforce are leaders, it is approximately 1,650. The number of people who have left can be counted easily. These are people who have contributed to the organisation substantially over a period of time and we wish them all the best. At the same time, the transition has been completely seamless. No client has been impacted as a result of exits. As an organization, we have always believed in a multi-level relationship with clients; the exit of a single member doesn’t affect the dialogue.

Q. Are you satisfied with the Infosys you are leaving behind?
Last fiscal, we doubled our growth rate compared to the previous year. However, we are still trailing behind the industry average. While we have achieved success, we are not satisfied with our performance because this is a company that has always believed in outperforming the industry growth rate. We have very strong leaders at present, who have been with the company for a long period. The current management is extremely qualified and competent to take Infosys forward.

Q. What next for you?
For me, thought is the first action. So, I will give it some time. My wife runs two foundations, one of which is coming up in Coimbatore. I might participate in that. But, that’s later—I will start thinking about it the day I leave Infosys.