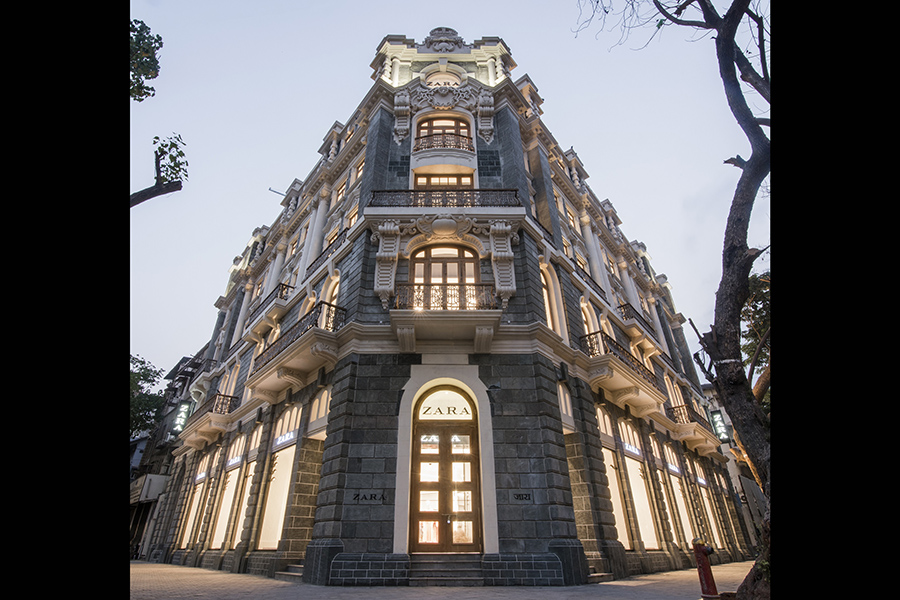 For fans of high-street fashion, there is some good news. Zara, the flagship brand of the Spanish fashion retailer Inditex, on Thursday opened its largest store in India in Mumbai. The five-storied store is housed in the heritage-listed 110-year old Ismail Building in South Mumbai and spans a total area of 51,300 sq ft.
The company is also gearing up for the launch of its online store in India by the end of this year. “We will be retailing online through our own page by the end of this year. It will be a fully integrated store and online model,” says Jesús Echevarría, chief communications officer of Inditex.

Inditex, which has a portfolio of eight brands internationally, had entered India with Zara in 2010 through a joint venture, Inditex Trent, between Inditex and the Tata Group, and operates 20 stores in the country. In addition, the company also launched their brand Massimo Dutti in Delhi last year with two stores. “The plan is to develop these two brands and bring Massimo Dutti to Mumbai in the near future,” says Echevarría.

While Echevarría did not reveal the revenues from India, he said that the “Asia region is among the fastest growing markets internationally” and the company expects to retain their growth momentum in India. Besides being a key growth market, India is also a “significant” contributor in the 40 percent products which are manufactured outside Europe.

Echevarría adds that currently, there are no plans to launch the other brands in the Indian market and the strategy of opening two stores a year will continue. “We don’t want to rush just because we need to be here. We understand our customer and evaluate the possibility and opportunity before launching new brands or stores,” he says.

About the newly launched store, Echevarría says, “We try to find pieces of heritage in a city and try to add value to it,” says Echevarría. Over the past two years, a team of Indian architects worked closely with Zara’s in-house architectural team to restore and refurbish the property. Zara has invested in similar heritage stores across the world in locations like Japan, Spain, Rome and Russia. India is seen as one of the rapidly expanding luxury markets in the world. According to India Brand Equity Foundation's 2016 report, the Indian luxury market is estimated around $1.16 billion, with a yearly growth rate of the luxury market estimated at 13 per cent. IBEF has forecast India to become the 12th largest luxury retail market in the world by 2020.