In three months a group trying to save a friend’s life used social networking tools to get over 24,000 South Asians to register for the National Marrow Donor Program. Their effort inspired Professor Jennifer Aaker to develop a course at the Stanford Graduate School of Business, The Power of Social Technology, which is supported by a set of social technology cases written with Victoria Chang, Alice LaPlante, and Sara Gaviser Leslie

Sameer Bhatia was always good with numbers. When he was in his twenties, the Stanford grad came up with an innovative algorithm that formed the foundation of his popular barter website, MonkeyBin. By age 31, the newly married Silicon Valley entrepreneur was running a hot mobile gaming company — he had everything going for him. Then, on a routine business trip to Mumbai, he started to feel sick. He lost his appetite and had trouble breathing. Sameer chalked it up to the 100-degree weather and unbearable humidity, but a doctor’s visit found that his white blood cell count was wildly out of whack. Sameer was diagnosed with leukemia, a cancer that starts in the blood-forming tissue, such as the bone marrow. The diagnosis seemed unreal.

In 2008, half of the 44,270 new cases of leukemia ended in death. To beat the odds, Sameer needed a bone marrow transplant — a procedure that requires finding a donor with marrow that is as close a genetic match as possible. Since tissue types are inherited, patients are most likely to match someone from their own ethnicity, with about 30% of patients looking within their own families; the other 70% search the National Marrow Donor Program (NMDP). Culling from the NMDP wasn't a promising scenario for Sameer, however. Of its 6.8 million registered donors, only 1.4% was South Asian, giving him a 1 in 20,000 chance of finding a perfect match. Worse, there were few other places to look. India, with more than 1 billion people, had no access to a bone marrow registry. 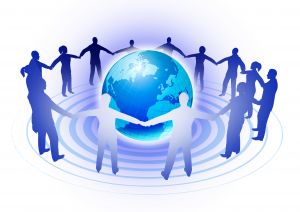 Not surprisingly, no match surfaced. This sad truth would normally signal the end of the story. But not in Sameer's case. His friends, a tight-knit group of young and driven entrepreneurs and professionals, decided they would attack his sickness as they would any business challenge. If the doctors said that the odds to find a match were 1 in 20,000, all they had to do was get 20,000 South Asian individuals into the bone marrow registry. The only problem was that they had just weeks to get this done.

Tapping the power of both the internet and a closely integrated South Asian community, they emailed 100 of Sameer's close friends. Within 48 hours, the forwarded message had touched 35,000 people. They reached an even broader audience by partnering with Team Vinay, a group that had formed a few weeks earlier on a similar quest to save the life of Boston-based Vinay Chakravarthy, a 28-year-old South Asian physician who had also been recently diagnosed with acute myelogenous leukemia (AML). With focus, efficiency, and hyper-utilization of social media, Team Sameer and Team Vinay used web 2.0 services like Facebook, Google Docs, and YouTube to mobilize and empower others to organize bone marrow drives all over the country.

In 11 weeks, Sameer and Vinay's supporters registered 24,611 South Asians into the bone marrow registry and found a match for both. And the 7,500 people they registered in the San Francisco Bay Area, where Sameer lived, yielded 80 matches for other leukemia patients — an unintended but celebrated consequence.

Sameer received a transplant, as did Vinay. Tragically, both passed away some months later, succumbing to AML. The changes they effected did not end with their deaths, however. The potential lives saved in the past two years because of the 24,611 South Asians now in the registry numbers over 250. The two teams graphically illustrated how we can use the internet to create change in any area.

What the friends and family of Sameer and Vinay accomplished inspired The Power of Social Technology, a class I teach at the Stanford Graduate School of Business. The premise of this course is to show students how to harness social technology in support of a clear, single, focused social good goal. The challenge is to create a social force toward addressing a specific personal or societal need and, in the process, increase the number and frequency of meaningful acts in the world.

In the course, we examine how social entrepreneurs are using strategies such as viral marketing to empower others to act on their behalf. We discuss insights from success stories such as how Barack Obama won the presidency; how Kiva fosters economic justice by making micro-loans to entrepreneurs in developing countries easily available; and how companies such as Nike, eBay, and Pepsi are developing meaningful ways to show how social good and profit-making can go hand in hand (and are, in fact, complementary). We draw on research in social psychology to study why some efforts become infectious, mobilizing others to take on causes or campaigns.

The theoretical heart of the class is based on the ripple effect — how small acts can create big change, and how social interactions can impact situations only indirectly related to the initial interaction. This was certainly the case as friends of Sameer and Vinay fanned out in search of potential donors.

In the class, students adopt design-thinking mindsets and creative processes with the help of an ecosystem of collaborators, including top Silicon Valley entrepreneurs, social capitalists focused on impact investing, and the Hasso Plattner Institute of Design at Stanford. The students start with a human-centered approach, putting themselves in the shoes of their stakeholders to gain empathy and define a point of view with clearly articulated needs and insights. With this focused understanding of the social good they aim to cultivate, students launch into hypothesis and idea generation, followed by rapid prototyping and testing via Twitter, Facebook, email, texts, blogs, and video. Students continuously iterate their projects throughout the course and eventually present a video summary of their project, posted on YouTube or Vimeo for further dissemination and impact even after the class is over.

Thus, design-thinking mindsets and social psychological research — along with the case Using Social Media to Save Lives: HelpVinayAndSameer.org — lays the foundation for students to design projects to support their own causes and mobilize their own movements. Last year, the class proved more successful and inspirational than I could have predicted. Not only did it demonstrate that people are clamoring for ways to use social media for social good, but it also suggested the existence of a replicable framework that would allow people to execute their goals efficiently and thus achieve meaningful change.

Aaker twitters about harnessing and social innovation under the user name @aaker.