Corporate bankruptcies, like earthquakes, are rare events. But when they do occur, says Maureen F. McNichols of Stanford's Graduate School of Business, the results can be financially devastating for investors and other stakeholders. 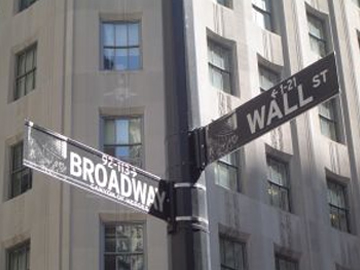 The authors — McNichols, Marriner S. Eccles Professor of Public and Private Management; William H. Beaver, Joan E. Horngren Professor of Accounting, Emeritus, at the Graduate School of Business; and Maria Correia, assistant professor of accounting at the London Business School — examined 40 years of financial data garnered from thousands of public corporations. They analyzed key financial ratios, such as return on assets and leverage, reported in filings to the U.S. Securities and Exchange Commission, and market-related data such as market capitalization and stock returns. Over the period they examined — 1962 to 2002 — the data became significantly less useful in predicting bankruptcy. "Investors should be concerned and aware of this when they assess bankruptcy risk," McNichols says.

A professor of accounting, McNichols is quick to add that financial statement data are still highly relevant. Of the firms she and her colleagues studied, about 1% fell into bankruptcy, and despite the deterioration in financial-statement usefulness, financial ratios and market data are still important tools for predicting insolvency, she says.

Nonetheless, the results are concerning enough that McNichols believes that regulators and standards setters such as the U.S. Securities and Exchange Commission and the Financial Accounting Standards Board should be aware of this issue.

1.Over the sample period, there is increasing evidence that management exercises discretion over financial reporting, and that there have been increasing numbers of restatements because the financial statements were materially misleading. "Our findings indicate that the manipulation of reported results gives a misleading impression of profitability and reduces investors' ability to predict bankruptcy," notes Correia. For example, firms recognizing revenue ahead of schedule or fraudulently may appear profitable. As a result, the bankruptcy prediction model is much less likely to classify bankrupt firms that also restated earnings accurately, assigning lower risk due to their overstated earnings.
2.Many firms, particularly the technology companies listed on the NASDAQ exchange, are heavy spenders on research and development. R&D in itself is certainly not a cause for concern, but because this "intangible" is not recognized on the balance sheet, it makes various financial ratios and data less useful.
3.The frequency of firms reporting losses has increased substantially over the past 40 years. Because predicting future earnings for firms that suffer losses involves substantially greater uncertainty than for firms that are profitable, the bankruptcy prediction model is less likely to accurately classify loss firms that will go bankrupt.

Consider a firm that suffers a loss. The fact that it has lost money is obviously not good news, but in and of itself a loss doesn't mean a company will go bankrupt. Losses complicate the financial picture, the researchers found, because while firms reporting a loss are more likely to go bankrupt on average, it is harder to predict which loss firms will do so relative to firms earning a profit.

In an earlier study (that did not include NASDAQ-listed companies) Beaver, McNichols, and the late Jung-Wu Rhie, a 2005 Stanford doctoral student, also found that using both traditional accounting variables and market data led to better predictions than using one or the other type of data. In the new study, Beaver, McNichols, and Correia find that market data has been consistently useful over the past 40 years, but it has not offset the decline over time in informativeness of the financial statements, so overall ability to predict bankruptcy has declined.

"If investors have access to alternative sources of information that compensate for less informative financial statements, the market-based model should reflect this," Beaver said, but that is not the case. This is especially true for firms listed on the NASDAQ, which have higher rates of intangibles, greater frequency of losses, and more frequent restatements. For example, the model using financial ratios and market data correctly classifies 91% of bankrupt firms in years when those firms had no restatements, but only 68% of bankrupt firms experiencing restatements.

Given these findings, investors should recognize that it may be harder for them and others, such as rating agencies, to assess bankruptcy risk, particularly for firms with losses, greater intangibles, and greater incentives to exercise discretion over their earnings. For these firms especially, caveat emptor was never truer.

Tweets by @forbes_india
Retirement is not necessarily Happiness
Disseminating Strategy: A User's Guide