In 1987, Chip Conley, MBA '84, made an unusual business decision: he bought a rent-by-the-hour hotel in San Francisco's Tenderloin district. But instead of running it for its past clientele, he asked his employees what new customer segment they should go after. The question generated a mixed bag of ideas, so Conley asked each person to come back in several days with a magazine that he or she thought would be read by the hotel's potential future customers. When six of seven came back with Rolling Stone, Conley relaunched the hotel for a clientele of hip musicians and their followers. Later, he would create, and then sell, Joie de Vivre, a chain of 40 boutique hotels for more than a billion dollars. The original themes for other hotels in his chain were based on magazines such as The New Yorker, Wired, Outdoor, and Elle.

Conley's successful concept highlighted an inconsistency in the way people tend to think about innovation. Often, we think of it as building new products and services based on the latest technology, says Stanford Graduate School of Business Professor Hayagreeva Rao. Conley's approach to an age-old business, by contrast, illustrated how customer-focused innovation can be either about creating products or services that delight new customer segments, says Rao, or about removing things that drive customers away. 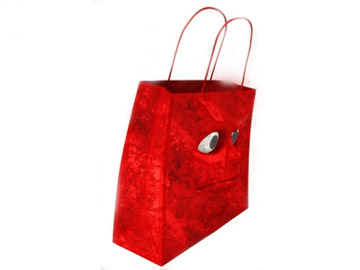 Don't waste time on annoyances or frills, Rao says. "You want to focus on finding solutions to disgusters. The best definition of a disguster is something that people curse about."

To be concrete, he cites examples from the airline industry. An upgrade from coach to business class falls into the category of delighter for most people in this age of tight space in coach. If an airline adds an inflight magazine, you might enjoy it, but if you are like most people, it's a frill. You won't let it affect which airline you choose for your next flight. Similarly, if you are served Pepsi when you asked for Coke, you might be annoyed, but you are not likely to remember it by the time you reach the street. But if the airline loses your bags on a flight from Buenos Aries to San Francisco, that is a disguster. You are likely to curse and tell a bunch of other people about it.

Eliminating disgusters is not always intuitive, however. Rao cites the example of a drugstore chain that found unhappy customers among women who shop with small children. Keeping two children under control in a drugstore chockfull of bottles and baubles was a major reason that Mary did not shop there. At first, executives thought they could do nothing with the analysis because Mary's problem was not something they controlled. But by adding a drive-through window they solved her problem. In the meantime, they also eliminated an annoyance for Ed and Angie, senior citizens who enjoy children but nevertheless don't need them underfoot while shopping for medicines. Once the toddlers were secured in their car seats, store managers were also able to re-sign the store aisles, tailoring them more to seniors' needs.

"The larger point of this example is that what is a disguster to one person won't be to another person," Rao says, "so you always have to think about your proposed solution from the point of view of the user or customer."

How do companies zero in on disgusters? Rao eschews surveys and focus groups, opting instead for an easily adapted approach used by the design firm Ideo. It includes putting a diverse team together and giving them time and cost limits, not unlike what Conley did. But it also involves having the team go out to observe people in a relevant environment. The team members identify customer problems, propose solutions, vote to select the best one, and with minimal materials physically construct a prototype of their favored solution. The prototype is then tested with strangers and revised based on the feedback. A 2011 ABC Nightline video of an Ideo team attempting to redesign the ubiquitous grocery cart in five days, with the constraint of no higher cost than the current shopping cart, is available to watch on YouTube. In that case, the team tries out Rao's best design on supermarket shoppers, clerks, and security officers.

In a weeklong class for 60 executives last year, Rao and colleague Bob Sutton, a Stanford engineering professor, applied Ideo's approach to the airline industry. They outfitted teams of five executives from diverse companies with video cameras and sent them to San Francisco International Airport where they were to observe customers of JetBlue Airlines and come up with ideas for improving customer value at a reasonable cost.

One team observed two children crying. Investigating, they learned the kids were upset that airline personnel had whisked away Sparky, the family dog, to an unknown fate. Another team observed confused elderly travelers trying to maneuver from the curb through check-in, through security, and to the right gate.

The next day, each team tried to address those problems by building a prototype of it to test on users — other Stanford students to whom they would say, "Come here and try this. Tell me what’s wrong." Then they went back to the drawing board for refinements.

The prototype should be made simply with $200 or less of materials, Rao says. No PowerPoint presentations are allowed because solutions that will work tap into people’s emotions, and those emotions are best reached through their five senses: vision, sight, smell, hearing, and touch.

On the next day, JetBlue chairman Joel Peterson, who also teaches at the Graduate School of Business, came to class to hear the proposals. The first team proposed a way to handle a new “pet class” traveler with TV monitoring of the pet in the pet area of the plane. The second team proposed rewarding able-bodied volunteers with early boarding if they helped seniors through the airport maze. Both proposals impressed Peterson.

What is powerful about this approach to business innovation? For one thing, Rao says, the process can be used with any product or service. Secondly, it allows some ideas to "fail fast" when the financial and emotional investments in them are still low. Constraints on time and prototyping intensifies the team’s energy but makes the decision to kill an idea less traumatic.

"The later you fail with a new idea, the higher the cost," Rao explains. "That's why Ideo doesn't build full-scale models" of ideas.

In contrast, many companies “invest a lot of time and money into one idea, they test it, and when it fails, they say, "Oh my god, we don't want to do that again."

This story is based on a lecture he gave in August 2012 to founders and top executives of companies from Latin America, Africa, the Middle East, and Asia. They had come to Stanford for executive education sponsored by Stanford Institute for Innovation in Developing Economies (SEED, for short) and Endeavor, a nonprofit that tries to identify high-impact entrepreneurs in developing economies and then offers them educational support.
--
Kathleen O'Toole