Building startups in the pink city 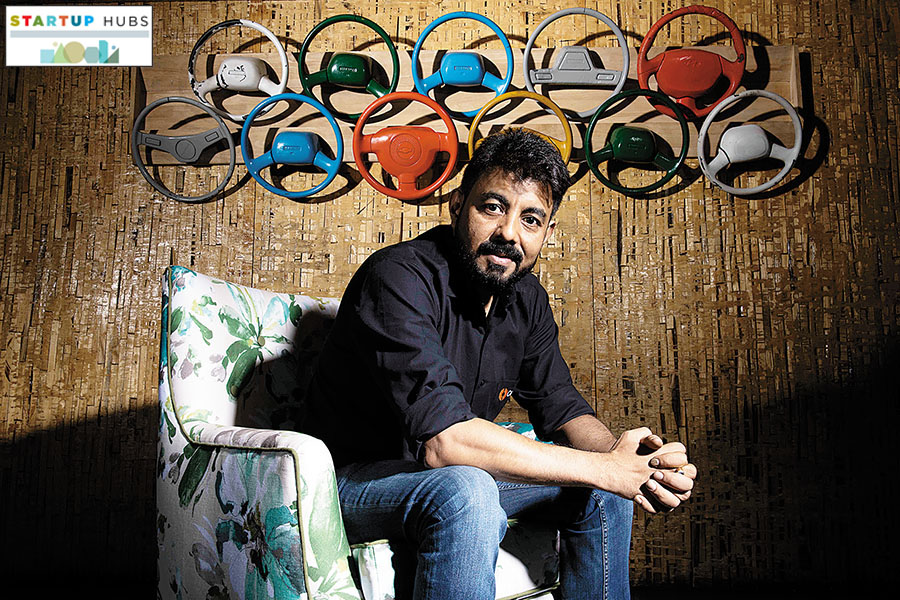 Amit Jain is proud that a world-class tech company like CarDekho is operating out of Jaipur
Image: Amit Verma

MODEL TOWN, JAIPUR
For brothers Amit and Anurag Jain—both IIT-Delhi alumni—Jaipur happened by default. They had to abruptly leave their jobs in the US and come back to the Pink City after their father was detected with cancer in 2006. Over the next few months, they made a futile hunt for a job in their hometown. For the IT geeks, though, the gems and jewellery hub didn’t have much to offer. The duo tried its hand at a rash of ventures, from a silver jewellery startup to taking their father’s gem stone business online and running an astrological service. Nothing worked.

Until the brothers started a software outsourcing company, GirnarSoft, from the garage of their home in 2007. “Can you get people to work out of a garage in Bengaluru or Mumbai?” asks Amit, with a wide grin.

A year later, the brothers discovered their Eureka moment. A chance visit to the Auto Expo in Delhi gave birth to the idea of an online portal to sell cars. The market was nascent, the customer need was acute and the timing to push the offline car market towards online was perfect. The gambit worked. CarDekho, which stayed bootstrapped for five years since its launch in 2008, has become India’s biggest online car platform, with operations in Indonesia, Malaysia and Thailand as well.

The exponential growth caught the attention of venture capitalists (VCs), who flew down to Jaipur with term sheets. Backed by marquee names such as Sequoia India, Hillhouse Capital and CapitalG, CarDekho raised $110 million in a Series C funding in January, which valued it at between $400 million and $500 million. The venture has raised raised $180 million so far. From revenues of ₹47 crore in FY15, it closed FY19 with ₹260 crore.  “Isn’t it amazing that a company of such a scale is still headquartered out of Jaipur?” asks Amit.

Asserting that good companies are location-agnostic, Amit reckons that it all boils down to one’s staunch belief in the business. “Jaipur will get its first tech unicorn in CarDekho next year,” he asserts. “A world-class tech company is operating out of Jaipur.”

IN TOP GEAR
Born in a constricted garage, CarDekho has undergone a stunning makeover over the last decade. It begins with the corporate headquarters at Model Town. Orange walls grab one’s attention as one enters the fifth floor of the Mangalam Building. While neatly laid out multi-coloured carpets add to the aesthetics, yellow and red tiny workstations dot an expansive 50,000 sq ft office, which covers the sixth floor as well.

An old Bajaj scooter—splashed with myriad colours—used by the Jain brothers during the early days of their startup journey is parked in one corner of the fifth floor. A bunch of young employees is engaged in a fierce foosball fight; some are trying their hand at table tennis and a few are caught up at a playstation.

The biggest advantage of being based out of Jaipur, reckons Anurag, is a loyal team. Though CarDekho has had its share of ups and downs, most of the employees stood by the startup. Employee costs stayed under control, and attrition was negligible. “This is what Jaipur has given us,” contends Anurag. “You get to know about small-town values only when you are in such a place,” he avers. “CarDekho managed to stay profitable during the formative years.” A negative bottom line (it has reduced its pre-marketing burn by 8 percent to ₹138 crore for FY19), he explains, over the last few years is due to the expansion that the company has undertaken.

A decade after setting up shop in Jaipur, the brothers are doing their bit to make the city more vibrant for startups by starting a ‘homecoming’ campaign. Titled ‘Chalo Jaipur (head to Jaipur)’, the duo is reaching out to all IITan entrepreneurs hailing from the city. The idea is compelling: To have home, heart and business in the same place. Every year, Jaipur, Anurag explains, produces scores of IITians who end up being entrepreneurs across India. “It is the right time for them to come back and start here.”

SMALL TOWN, BIG DREAM
VCs are not surprised. Though the bulk of new startups are still in Bengaluru and Delhi- NCR, given the improvements in connectivity—mobile/data, air, road—it is far easier to start a technology business anywhere, reckons Shailesh Lakhani, managing director at Sequoia Capital India Advisors. If an entrepreneur has deep roots in a Tier II or III town, she no longer needs to uproot her family to move to a bigger centre. “This is very much the story behind GirnarSoft,” Lakhani adds.

Jaipur offers a unique blend of big-city infrastructure and small-town convenience. It also has a fair number of people who grew up there and then moved away for education or work, but now want to come back for the quality of life, reckons Lakhani. There is no reason, he adds, why a unicorn can’t emerge from smaller cities.

While maintaining that the birth of unicorns is purely a function of the market opportunity that a company is chasing, Lakhani contends that it also depends on the time a company has had to grow and execute. The fact that startups are still newer and rarer in smaller towns means it will be a bit longer till they achieve unicorn status from those places, reckons Lakhani, who counts GirnarSoft and Finova, a non-banking financial company, as two bets of Sequoia in Jaipur.

There has also been a fundamental change in the way VCs look at startups from smaller centres. The shift, Lakhani reckons, is due to the dynamics of the startup ecosystem. Till a few years back, the bigger cities were where most companies started. “But this is now changing,” he adds, listing out the benefits that smaller cities offer: Less congestion, lower pollution, lower salaries, minimum attrition and a better quality of life. 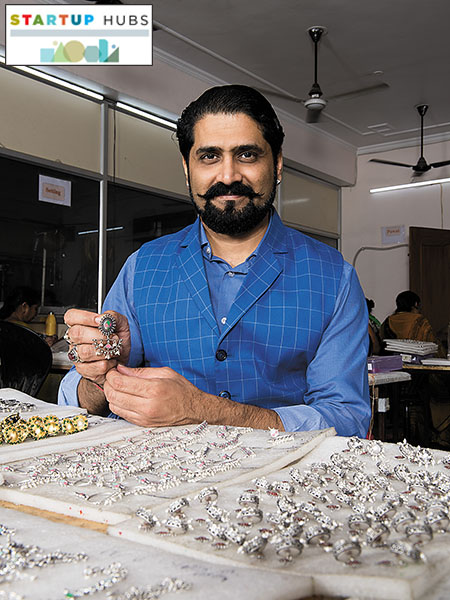 RELOCATING TO PINK
Back in Mangalam Building, on the third floor, social ecommerce startup DealShare is a classic case of how a smaller city is scoring over bigger counterparts. What is common among the five friends—Vineet Rao, Rishav Dev, Sourjyendu Medda, Rajat Shikhar and Sankar Bora—who co-founded the company last September is the high-profile background they come from. None of them is from Jaipur; they all relocated to the city.

Rao, 40, an IIT-Mumbai alumnus, spent over a decade at Microsoft in Seattle, building database and cloud products, and later consumer and mobile products in the area of artificial intelligence (AI), including launching the first version of Microsoft’s AI assistant, Cortana. He moved to India in 2014 to collaborate with ecommerce tech startup Silkcloud, which was bought by Unity, a gaming tech company, the following year. Since then, Rao launched two startups in Bengaluru. “What I learnt in Jaipur in nine months about real India is something that people in the top metros can’t ever imagine,” says Rao. The startup, he lets on, has scaled rapidly in eight months. Backed by Matrix Partners India, DealShare has taken its headcount to 80, and is now looking to expand aggressively.

Explaining his decision to start his new venture from Jaipur, Rao points out that his earlier ventures—AI and cross border ecommerce—were catering to a niche segment. DealShare is aimed at the masses in Tier II cities and beyond. “Jaipur is not just the best place to start but also to lead a contended life,” avers Rao, adding that his fledgling venture has been backed by Matrix India.

For Dev, 39, Jaipur was a leap of faith. The entrepreneur joined Lehman Brothers in 2005, and was part of the global and European equity and quantitative strategy team based out of London. He came back to India three years after Lehman went bankrupt, and joined Grofers as part of the founding team in 2015. Medda, the third co-founder who has had stints as head of sales at Metro Cash & Carry, and Raymond’s consumer business, too didn’t take much time to decide to relocate. 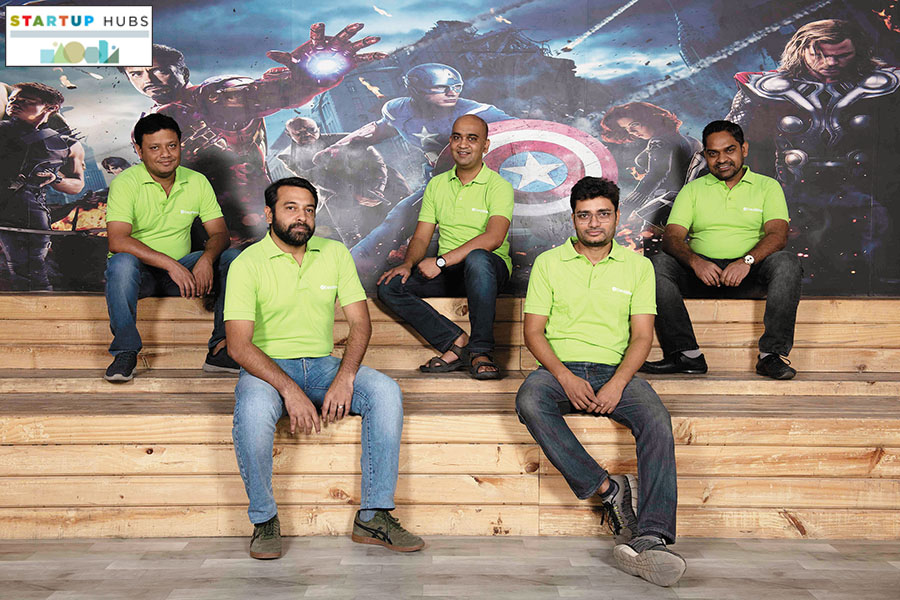 As DealShare gets a headstart in Jaipur, there is another company that has made the most of the early start that the city provided it with: Voylla. Founded by Vishwas Shringi in 2011, the online fashion jewellery etailer has seen an exponential growth in its revenues from ₹1.8 crore in the first year to ₹100 crore by end of March 2019.

Jaipur, Shringi reckons, gave character to the brand, and made it capital efficient. “Low operational costs here gave us an opportunity to create a sustainable business,” he says, adding that the company never got sucked in the race to become a unicorn or mindlessly raise money. Staying disconnected from the top cities also helped in keeping the focus on business rather than getting lost in the administrative paraphernalia that many startups end up with in metros. “You can not only dream big in small towns and cities,” Shringi contends, “you can also make it big.”

Amit of CarDekho agrees. In 2008, the concept of a startup didn’t exist. The ecosystem was conspicuous by its absence, angel investors were an alien breed, the city was known for heritage tourism, and starting up in Jaipur was not even an option explored by entrepreneurs. Fast forward to 2019. The ecosystem is thriving. There is an active investing community and entrepreneurs are taking a leap of faith, says Amit. “The startup community is absolutely in the pink of health.”