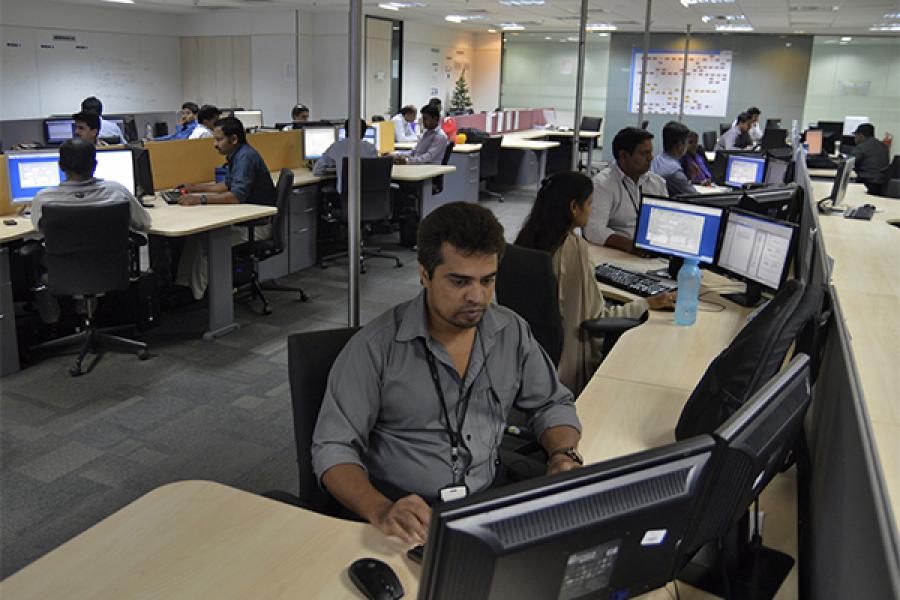 Image: Reuters
(Picture of representational purpose only) Employees work at their stations inside the company headquarters in the southern Indian city of Bangalore

The new accelerator will focus on scalable, technology startups (both enterprise and consumer), while also looking at recreating in India the successful model of the digital media zone (DMZ), Ryerson’s flagship programme in Toronto, which has incubated over 150 startups since 2010.

“We are happy to participate in the startup India initiative through this venture. This is a true nation-building activity, since in addition to providing a platform for budding startups, we also contribute to job creation through the hundreds of jobs and internships at the startups that we are mentoring in our accelerator,” Ambarish Datta, managing director and CEO, BSE Institute, said in a statement.

The Indian startup ecosystem is one of the fastest growing in the world, attracting global investors to park their funds. According to Nasscom data, the number of active investors in Indian startups had more than doubled last year to 490 from 220 in 2014.

Last month, the Union government chalked out a Start-up India action plan which lay emphasis on a friendly tax regime and spoke about incentivising startups through a Rs 10,000 crore fund.

According to BSE Institute, the new accelerator platform is in line with the Start-up India mission envisioned by Prime Minister Narendra Modi. “With India becoming the youngest nation in the world, job generation is a critical priority and the startups emerging from this zone will support job creation. The startup zone will also be a major innovation hub that will evolve technology-based solutions to address a gamut of business challenges,” the release said.  |