While tax breaks and money help, access to the right customers is critical, and the government is the biggest, says serial entrepreneur and angel investor K Srikrishna 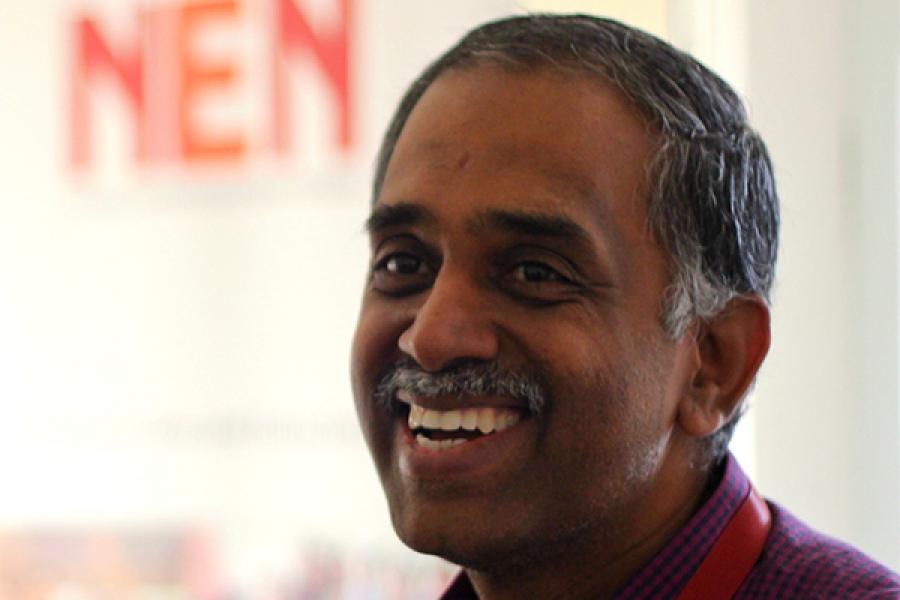 “What is the first question a young startup founder will ask you?” asked K Srikrishna, warming up to the subject as he sipped his green tea at a Cafe Coffee Day outlet in Bengaluru.

“It was best summarised by my friend Shekhar Kirani of Accel Partners,” Srikrishna, who is himself a serial entrepreneur and angel investor, recalled. “First they ask, ‘Can you give me money?’ then they ask, ‘If you can’t give me money, can you introduce me to someone who can give me money and if you can’t do that either, can you get me a customer? If you can’t do any of these, can you at least tell me in 30 minutes, how I can double my web traffic?’,” he said, citing Kirani’s summary.

The entire perspective of the young entrepreneur today is: ‘I want it right now’. Entrepreneurs who’ve been there for three or four years and survived would have realised that if one looks at the top three or four problems, then money, though important, is only number three, he said.

“Access to the right sort of customers is critical,” Srikrishna said. Around 2008, two years after he and his co-founders sold their Bluetooth technology company Impulsesoft for around $15 million, Srikrishna, who has a PhD from University of California, Berkeley, became an angel investor and co-founded another company, which in its current avatar is Zebu Games. He has also served as executive director at the Wadhwani Foundation-backed National Entrepreneurship Network.

In India, the government and public sector companies are huge customers of a variety of startups and could help Indian startups enormously by buying from them. Take the case of MoveInSync, one of the startups he is advising: They help companies manage their fleet of cabs and among their customers are some large Indian and multinational technology companies that must ferry their staff to and from work every day in Bengaluru and other cities.

At one level, it’s a routing problem or a scheduling problem, but they also realised billing was a big headache, because the customers were working with many different fleet operators. So, in exchange for a fee, if the startup provides reliable billing, better scheduling and, consequently, higher efficiency, the customers are happy. With GPS on all vehicles, the operators get a better idea of where their vehicles are as well.

“What if HAL was a customer of this startup?” Srikrishna asked, hypothetically, “Or any of the central government-owned behemoths.” The resultant growth would be of an entirely different scale, allowing the startup to rise rapidly.

“Working with the government is not easy in any part of the world, but if you’re going to ask for three years’ P&L, and bank guarantees and so on, no startup will qualify for anything.”

While a lot of effort is focussed on getting tax breaks, taxes are relevant only if a startup makes money, he said. While such breaks help and are therefore important, taxes aren’t necessarily the biggest problem.

Tweets by @forbesindia
30 Under 30: The kids are all right
Gizmo junkies, tech firms have you on their radar