"Many sporting bodies (not all) still see brands and companies as cash sources and thus most of the partnerships are short-term tactical ones," says Arnab Roy, vice president and head of marketing, Coca-Cola India and Southwest Asia 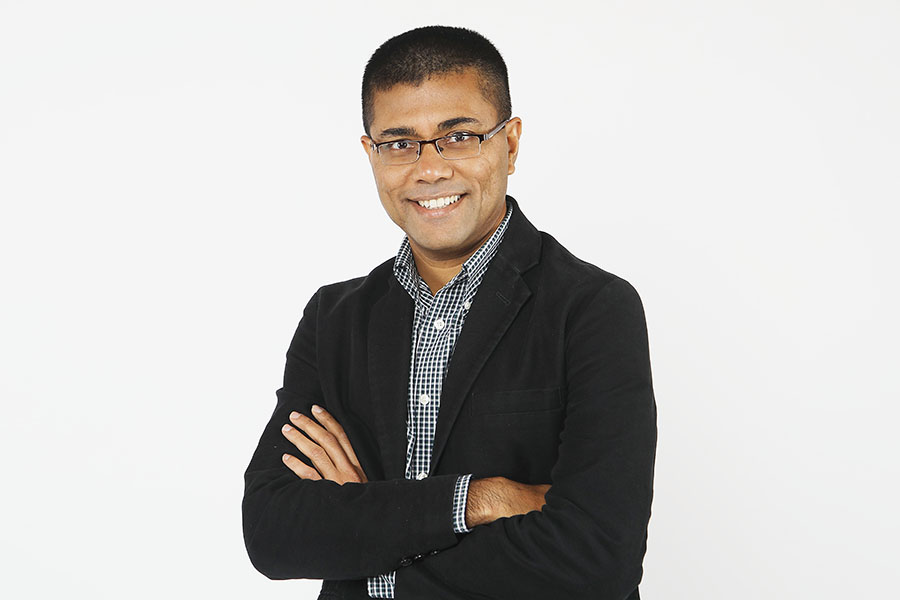 Arnab Roy, vice president and head-marketing, Coca-Cola India and Southwest Asia, shares why Thums Up is committed to promoting and supporting sports and sports personalities

In February 2022, Thums Up entered the billion-dollar club, a goal The Coca-Cola Company has been aggressively working towards since 2019. Thums Up has remained one of the strongest products in Coca-Cola's portfolio in India and globally.

Over the years, the beverage brand has been creating an all-macho thunderous personality for itself through its advertising. Last year, for the first time in its brand history, Thums Up decided to change its narrative. This happened after it became the worldwide partner of the Tokyo Olympics. The brand also partnered with athletes who represented India at the Games. After the Tokyo Olympics, Thums up became the first FMCG brand to partner with the Paralympic Games.

During the Tokyo Olympics, the brand spotlighted stories of leading sportspersons for its ad campaign #PalatDe. Thums Up also inked strategic sponsorship deals with wrestler Bajrang Punia, boxer Vikas Yadav and ace archers Deepika Kumari and Atanu Das. It collaborated with the National Rifle Association of India and sponsored the shooting contingent, including Manu Bhaker. Thums Up has also collaborated with cricketing events.

In a conversation with Storyboard18, Arnab Roy, vice president and head-marketing, Coca-Cola India and Southwest Asia, shares why Thums Up is committed to promoting and supporting sports and sports personalities, why some sporting bodies need to look beyond tactical brand partnerships and more.

Q. How has the association with the Olympics and Paralympics enhanced the brand Thums Up?

Last year, the brand set out to make an evolution with its association with the Olympic and Paralympic Games. With these campaigns, we aimed to celebrate Indian athletes across both the Olympic and the Paralympic Games—to showcase the core values of brand Thums Up, for what it has truly stood for since inception: strength, perseverance, and resilience.Also read: Brands like to endorse athletes who they get to see often on TV: Mithali Raj

As an ode to the athletes and their arduous journey towards this pinnacle of sporting excellence, Thums Up’s creative and innovative campaign resonated beautifully with the audience, and it contributed greatly to the brand’s growth in the year 2021. It played a critical role in Thums Up becoming the first homegrown–billion-dollar brand in Coca-Cola India’s portfolio. Additionally, in research done by the IOC, Thums Up was the second most recalled brand associated with the Olympic Games across countries and companies.

Q. What are the benefits of associating with non-cricket events and personalities?

While cricket continues to be one of the most loved sports in India, The Coca-Cola Company, globally, has a longstanding history of supporting major sporting events, organisations, and projects around the world. Sports partnerships are a part of the DNA of The Coca-Cola Company.

Globally, we have worked closely with FIFA for the past four decades, and with World Cup Rugby for over 25 years. We have also been associated with UEFA in the past.Also read: How India Inc is investing money to turn the nation into an Olympic powerhouse

In India, while mainstream sports such as cricket garner interest from brands and consumers alike, and rightly so, we believe that it is just as important to support inclusive sporting tournaments and platforms. Our close association with Olympic, and Paralympic Games, and athletes such as Dr Deepa Malik, Bajrang Punia, Mariyappan Thangavelu, Avani Lekhara, Deepika Kumari, Manu Bhaker and many more from diverse backgrounds is something we are extremely proud of. It resonates well with the company’s philosophy of diversity, inclusion, and equality.

Q. Also, what does cricket bring to the table that other games don't?

Cricket in India is not just a mere sport. It is a religion. Fans across cultures and generations come together to celebrate the thrilling spectacle that is cricket. Cricket enables brands to reach out to consumers across demographics, and promises love, engagement, as well as prominence unparalleled to any other sporting event.

Q. What do brands need to do more to promote a greater sports culture in India?

We believe brands can do a lot to promote the sporting culture in India. A few top-line approaches could be: inspiring the next generation of athletes with powerful stories around sport/ sporting events; helping build sustainable grassroots programs across sports; driving inclusivity; actively promoting the paralympic movement; actively promoting women's sport and women athletes to be at par with men’s sport, and driving the popularity of the sport in rural and small-town India.Also read: Paralympic Games: The toughest marketing pitch?

Q. What are the current challenges of sports marketing?

Many sporting bodies (not all) still see brands and companies as cash sources and thus most of the partnerships are short-term tactical ones. There is an opportunity to build a true partnership and play the long-term game with brands. The Coca-Cola Company, for example, only believes in long-term partnerships and nurtures the relationship over some time. We have been the longest-standing partner of, both, the FIFA WC and the IOC.

Q. Which emerging sports and leagues do you see the big opportunities in?

We continue to believe there is a massive opportunity across all non-cricket sports. India is destined to become a massive market across many sports, and not just cricket.

Q. What's the next big thing on Thums Up's plan of action for sports marketing?

We shall continue to activate both cricket and non-cricket sports across urban and rural areas over the next 12-15 months.

Coca-Cola’s vision is to craft the brands and choice of drinks that people love, to refresh them in body and spirit. India is a key market for The Coca-Cola Company. We will continue to prioritise innovation as a part of our progressive marketing strategy, along with our associations with various sporting tournaments, to help strengthen our relationship with our audiences and consumers across the country.