Branding experts call on brands, broadcasters and the games’ organisers to fuel popularity of para-games and para-athletes 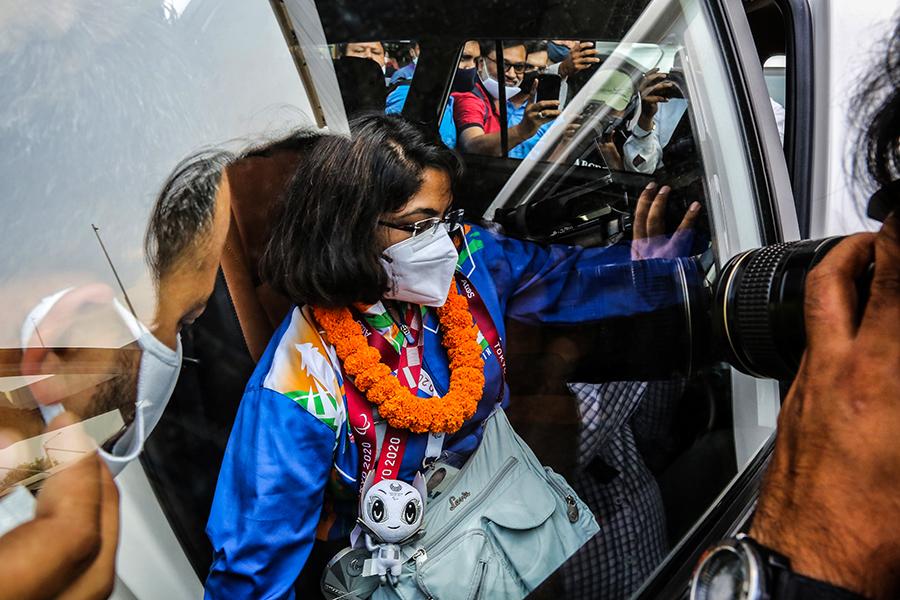 Three years ago, Bengaluru-based sports enthusiast R Paul realised there weren’t enough closed platforms to discuss the role of technology in the business of sports. Paul, a community manager for sports development and investment company Nimida Sports, set up Positive Sports Vibe Community (PSVC). The initiative brings together sports enthusiasts to talk shop and cheer for games and athletes that don't get enough attention.

As a part of PSVC, Paul created a WhatsApp group to share news and views on the Tokyo 2020 Paralympic Games. There are just 76 members in the group. Paul says even though this group is small at the moment, the conversations are “inspiring” thanks to the incredible performances of India’s para-athletes.

Paralympics are not just the other gamesAt the recently concluded Tokyo 2020 Paralympic Games, India won five gold, eight silver and six bronze medals. A record 19 medals were won by the country’s finest athletes. At the Tokyo 2020 Olympic Games, which were held from July to August 2021, Indian athletes set new records, too, and brought home seven medals including one gold.

Despite their impressive performance during the games, interest in Paralympics in terms of viewership and brand marketing is still very low when we compare it to the Olympics.

But the good news is that viewership is growing. Globally, cumulative viewers went from 3.8 billion in 2012 to 4.1 billion during the Rio Paralympic Games in 2016, as per the International Paralympic Committee (IPC).

In August, multiple leading international organisations including the IPC came together to launch 'WeThe15', which aspires to be the biggest ever human rights movement to represent the world’s 1.2 billion persons (15 percent of the global population) with disabilities, campaigning for disability visibility, accessibility and inclusion.

'Wethe15' campaign film was released during the opening ceremony of the 2020 games. The ad is estimated to have reached 250 million people worldwide.

Are brands ready to play and pay?According to media planners in India, viewership of the Tokyo Paralympic Games was just a fraction of the over 86 million that the Olympics logged through its broadcast on Sony Sports Network. And during the games, Indian Olympians dominated TV screens with 31 percent of ads featuring them, according to the Broadcast Audience Research Council India (BARC).

Meanwhile, the Paralympic Committee of India awarded broadcast rights to Eurosport India, making it the broadcaster’s first global multi-sport event in the country. Eurosports' reach, however, is far lower than Sony Sports.

Media executives say that advertisers think the games’ relatively low viewership interest is “a function of limited media attention, since it is too soon after the Olympic games”, says Mansi Datta, chief client officer and head - North & East, Wavemaker India. However, there is a potential to grow viewership because “Paralympic Games are a celebration of human endurance and national pride. It is at a much enhanced level compared to other games,” believes Dutta.

Brands like JSW Sports, Coca Cola-owned Thums Up, IndusInd Bank, Citibank, Puma, Myprotein and Welspun Foundation, among few others, partnered with various athletes for this edition and launched mainline campaigns featuring them. There’s certainly no dearth of inspirational stories.

It’s time to level upAside from gifts like cars and crypto, branding experts think that marketers would do well to take a deeper interest in paralympics and para-athletes going forward. To start with, they call for a correction of commercial fees paid by brands to paralympians. According to sports talent managers that Storyboard spoke to, paralympians earn less than a tenth of what Olympians earn in any given brand partnership.

“Unfortunately, sports fans in India don’t see Paralympics in the same light as the Olympics. This is the sad truth and also a clear indicator of why we don’t celebrate Paralympians the same way we celebrate Olympians,” admits Gaurav Bahirvani, founder and CEO, One One Six Network.

Bahirvani spotlights the key challenge of fuelling the games’ popularity, adding that viewership is highly dependent on marketing by broadcasters.

“It’s time brands and broadcasters start working together to increase the reach of sports events across India. Let’s not forget that many winners (at international sporting events) come from India's smallest towns,” says Bahirvani.

Advertising veteran and brand strategist Ambi Parameswaran dials back to the fact that Indian brands are largely focused on film and cricket stars for endorsements. “If we look at the top 100 celebrities league table (by income and a large component is from endorsements), we will come across just a few non-film, non-cricket stars,” he says.

When it comes to other endorsement deals, especially in sports, marketers usually evaluate the performance of players at big events to make investments. Olympians Mirabai Chanu and Neeraj Chopra recently bagged multiple brand deals following their victories in Tokyo. Chopra's annual endorsement fee surged way past the Rs 1 crore mark from Rs 20 lakh to Rs 30 lakh that he charged before his record win.

“We are not a country with proactive brands,” says Bahirvani. His advice to marketers who want to be proactive is to “have a sports encouragement fund (SEF) planned for the year which should be spent on identifying talent and supporting their training and development towards the bigger goal.” Parameswaran also puts the onus of growing the games’ and athletes’ popularity on organisers. “The organisers need to make a more aggressive pitch in terms of telecast and media visibility promises to brands.” Make it so that everyone goes home with gold.

2,935
Thank you for your comment, we value your opinion and the time you took to write to us!

Tweets by @forbesindia
Prev
Humans love certainty so much, they are willing to pay extra for it
Next
The resurgence of Brand Shah Rukh Khan?