Aside from a string of men's hockey wins generations ago, India has won only one other gold in its Olympic history, in shooting in 2008. But every four years — in this case, five — the same questions are posed in India. Why is the country so bad at the Olympics? And does it even matter?

By Hannah Beech and Shalini Venugopal 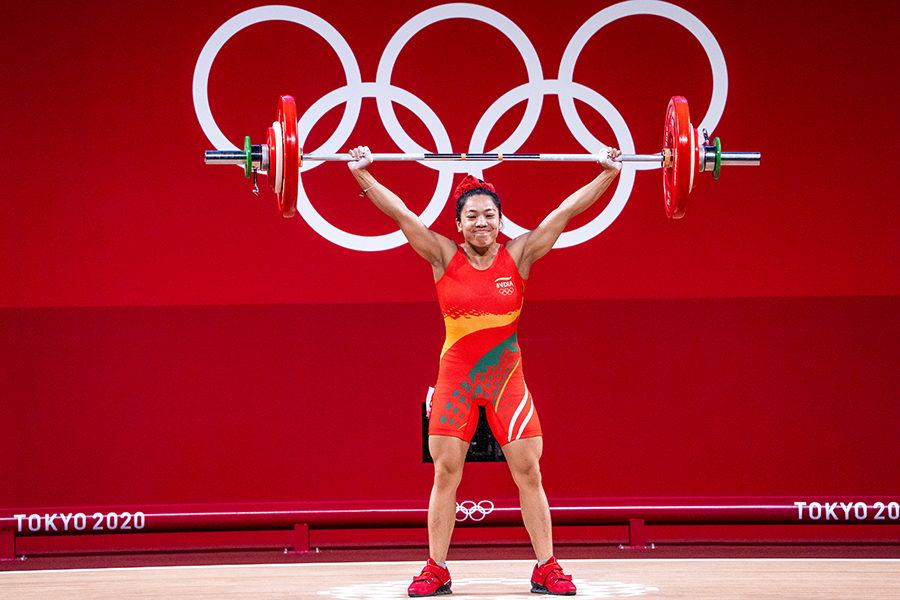 Mirabai Chanu of India in the women’s 49-kilogram class weightlifting event at the postponed 2020 Tokyo Olympics in Tokyo on July 24, 2021. She won gold in the event. Image: Doug Mills/The New York Times

TOKYO — On Wednesday, in a sumo wrestling hall where women are not normally allowed to enter the ring, Lovlina Borgohain punched for all the girls out there. She jabbed for her far-flung home state of Assam, known for its fine tea but also for an armed insurgency. But above all, she fought in the Olympic women’s welterweight boxing semifinal for India, the world’s second most populous country, which, even by the most charitable of calculations, is wanting in the Olympics. Aside from a string of men’s hockey wins generations ago, India has won only one other gold in its Olympic history, in shooting in 2008.  “I was 100% sure that I would come home with the gold,” said Borgohain, who spent eight years away from home to train, her father once picking tea to make a living.

Tweets by @forbesindia
Responsible AI: Putting humans at the centre of artificial intelligence
Photo of the day: End of drought