Brands make a beeline for stars to cash in on their popularity, sign them up for long-term deals 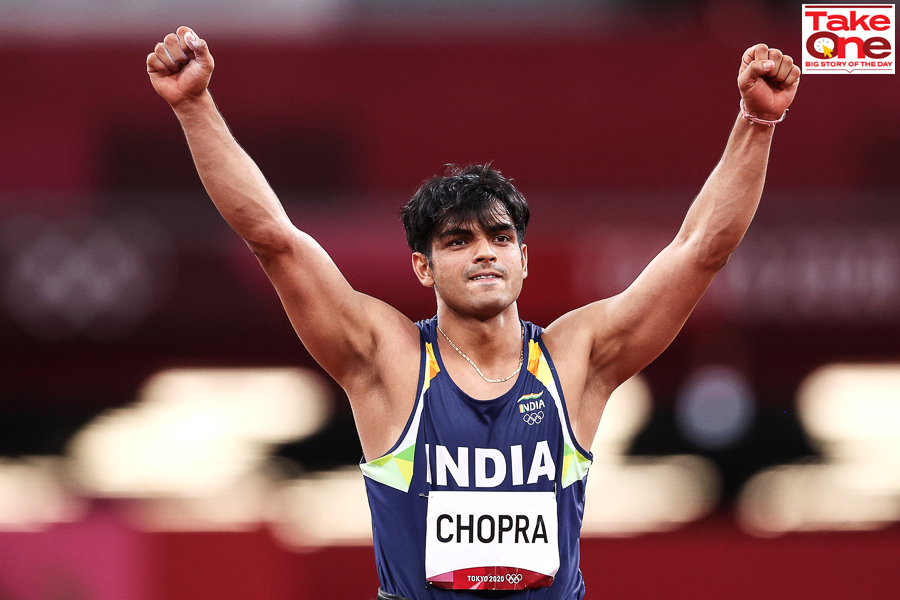 Post-Tokyo 2020, javelin thrower Neeraj Chopra, who won India’s only individual Olympic gold after Abhinav Bindra, has been signed by Gillette and MuscleBlaze and has seen a 12x spike in endorsement fees; Image: Christian Petersen/Getty Images​

Sporting highs have often amped up the brand equity of athletes. Over the years, brands have feted Olympic medallists, and have roped them in to leverage their visibility and popular recall. After Tokyo 2020, too, brands are making a beeline for star performers like Neeraj Chopra, Bajrang Punia, Mirabai Chanu, PV Sindhu, among others, and signing them up for long-term endorsement deals. According to a source from a renowned PR and media strategy company, these deals are expected to run till the 2024 Paris Olympics. Which is a pleasant shift from earlier paradigms when the glamour of Olympic athletes would start waning about three months after their glories.   Says brand-strategy expert Harish Bijoor: “The world of brand endorsements is a lot more secular to sport of every kind today than it was yesterday, when the value of an Olympic star would dip three months after. Yesterday it was a besottedness with cricket. Today there is a wee bit of an acceptance of more. Keeping this in mind, brands from every realm, be it FMCG, durables, startups, ecommerce, auto and more will show interest in our Olympic stars.”In the past, Abhinav Bindra, the gold-medallist shooter in 2008, has endorsed brands like Samsung and Walther Rifles India, while bronze-medal winning pugilist Vijender Singh became the face of Pepsico, Bajaj Allianz etc. Post-Tokyo 2020, too, javelin thrower Neeraj Chopra, who won India’s only individual Olympic gold after Bindra, has been signed by Gillette and MuscleBlaze, while bronze-winning wrestler Bajrang Punia will now be the face of companies like Asics, Optimum Nutrition, Thums Up, and Moj. Oil company Exxon Mobil has also signed contracts with both.What’s more, Chopra and Punia have also struck gold with their endorsement fees, which have recorded a 12x spike. “Before Tokyo 2020, their endorsement fees were in the range of Rs 20-30 lakh per annum. Now, they have jumped more than 1,000 percent”, says the source. Currently, all endorsement deals for these two athletes are being negotiated upwards of Rs 2.5 crore per annum. As the winner of India’s first medal at Tokyo 2020, Mirabai Chanu was also the first at drawing the attention of brands. In an interview after winning the medal, Chanu expressed her desire of enjoying a pizza on returning home, and Domino's Pizza was quick to react with a tweet promising her ‘free pizza for life’. While the move also sparked a debate around 'moment marketing' (cashing in on a trending moment) and its ethicality, there's no doubt that Chanu is now the hot property for brand endorsement deals.   Rahul Trehan, the chief operating officer of IOS Sports & Entertainment, the company that manages Chanu, says brands in the categories of steel, insurance, banking, edutech, energy drinks, and automobiles are offering to collaborate with Chanu. “After her silver medal, brand enquiries have skyrocketed. She has come on board with Amway India, Mobil Engine Oil and is also Adidas Global, while we are in the final stages of closure with a few other brands,” he says.Trehan adds that Chanu’s current endorsement fees are valued at Rs 1 crore for a yearly contract—it has seen a 10x growth compared to her fees before Tokyo 2020.Commenting on their association with Chanu, Anshu Budhraja, CEO, Amway India, said in a press release: “Our association with Mirabai Chanu is a natural choice. She exemplifies our values of hope, commitment, self-empowerment, healthy living; and her commitment to fitness is unparalleled. This makes her the perfect partner to further amplify our ethos of helping people live better, healthier lives.” He further added that the association is also a tribute to women leaders.

Ace shuttler and the first Indian woman to bag two Olympic medals, PV Sindhu, is also a favorite among brands. Sindhu has previously worked with brands across various categories such as VISA, Bank of Baroda, Stayfree, and Bridgestone India. “Brands have already built a long-term partnership with Sindhu prior to the Olympics and are on for the next few years. These brands are invested in the journey and some of them have signed on even before the Rio Olympics. Sindhu being the only female athlete from India to win back-to-back Olympic medals, there is a huge spike in interest from brands and we are in discussions with several. However, we will only consider long-term partnerships, those which are a minimum of 2- 3 years,” says Yashwant Biyyala, director, talent & partnerships, Baseline Ventures, the company that manages Sindhu.“Sindhu, being India’s greatest female Olympian, we are looking at a 40-60 percent spike in her fees depending on the category,” further says, adding that her current endorsement fees are in the range of Rs 3-5 crore per annum. Commenting on the increase in brand value and endorsements for women athletes, Hitesh Rajwani, CEO, Social Samosa, said: “To the point of witnessing more marketing opportunities around female athletes, quite a lot of brands have women as their primary target group and an association with female athletes gives them a larger canvas of possibilities. Considering the cultural nuances, the stories of grit, determination and glory from these women athletes are likely to inspire and influence millions of Indians and it is a brand manager's dream to be a part of that story. Competitive events like the Olympics, the Commonwealth Games, and the World Championships definitely contribute to the brand equity and growth of these athletes.”Brand association deals with athletes have also been negotiated following wins in marquee events, besides Olympics too. Sprinter Hima Das who won three medals at the Asian Games in 2018, became a star with brands like the State Bank of India and Adidas, while Dutee Chand, another sprinter who qualified for the 100 metres in Tokyo Olympics, has recently been made the brand ambassador of Senco Gold & Diamonds, a jewellery retail chain.

Tweets by @forbesindia
From Audi to BMW, German brands top the bill of the world's most Instagrammed cars
Photo of the day: School's in session