Sixteen years after acquiring Reebok for $4 billion, German sportswear giant Adidas is selling it for a little more than half that to Authentic Brands Group, a voracious acquirer of struggling brands 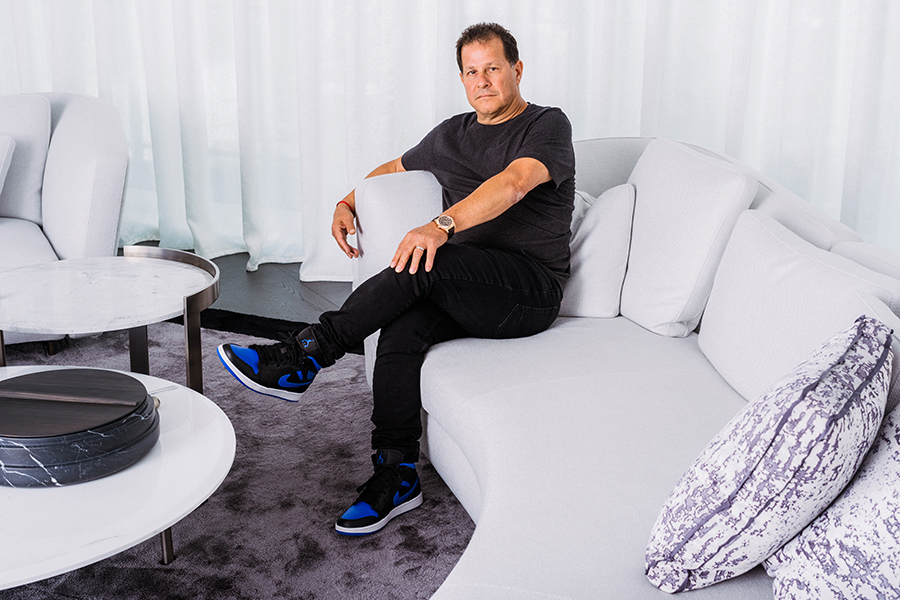 Jamie Salter, the chief executive of the Authentic Brands Group, a company known for buying the intellectual property of famous brands at discount prices, at his home in Toronto on Aug. 29, 2020. Sixteen years after acquiring Reebok for $4 billion, the German sportswear giant Adidas is selling it for a little more than half that to Authentic Brands Group; Image: Mark Sommerfeld/The New York Times

Sixteen years after acquiring Reebok for $4 billion, German sportswear giant Adidas is selling it for a little more than half that to Authentic Brands Group, a voracious acquirer of struggling brands.In the past few years, Authentic has acquired Brooks Brothers and Forever 21, adding to a stable that includes Sports Illustrated. The acquisition of Reebok for 2.1 billion euros, or $2.5 billion, comes as Authentic is preparing to go public.“We’ve had our sights set on Reebok for many years,” Authentic CEO Jamie Salter said in a statement. “Reebok not only holds a special place in the minds and hearts of consumers around the world, but the brand also has expansive global distribution.”Reebok operates in 80 countries, with roughly 70% of its business outside the United States and Canada. Its world headquarters will remain in Boston.

When Adidas acquired Reebok in 2005, it hoped Reebok could recapture the glory of its 1980s heyday and create a formidable rival to Nike. But the brand got lost inside the broader Adidas empire and struggled to connect with consumers. Reebok sales fell 19% in 2020 to 1.41 billion euros, from 1.75 billion euros the year before.“For a given period of time, the brand was probably stronger than the products,” Adidas CEO Kasper Rorsted said of Reebok in 2016. “Right now, I would argue that our products are stronger than the brand, and we need to make sure that we reconnect our consumers with the brand that we have.”Adidas is no stranger to selling off struggling businesses, deals that have been met with varying degrees of success. The acquisition of the golf gear brand TaylorMade from Adidas proved a win for the private equity firm KPS Partners, strengthened in part by its deal with Tiger Woods. (KPS has since sold the brand.) But the shoe brand Rockport, which Adidas sold to Berkshire Partners, filed for bankruptcy, blaming its former parent for a sale process that “took meaningfully longer and was significantly more expensive than planned.”Shaquille O’Neal, whose shoe line with Reebok was introduced in 1992 and who sold a stake in his own brand to Authentic Brands in 2015, celebrated the sale. “It’s a dream come true to welcome this legendary brand to the family,” he said in the statement from Authentic.Last year, O’Neal told CNBC that he was intent on owning Reebok, arguing that Adidas had “diluted” it so much “to where it’s almost gone.”