To create something truly novel, we need people with different backgrounds, knowledge and talents, people from different industries, to come together. That's why, ideally, innovation shouldn't be geographically constrained, says Darden professor 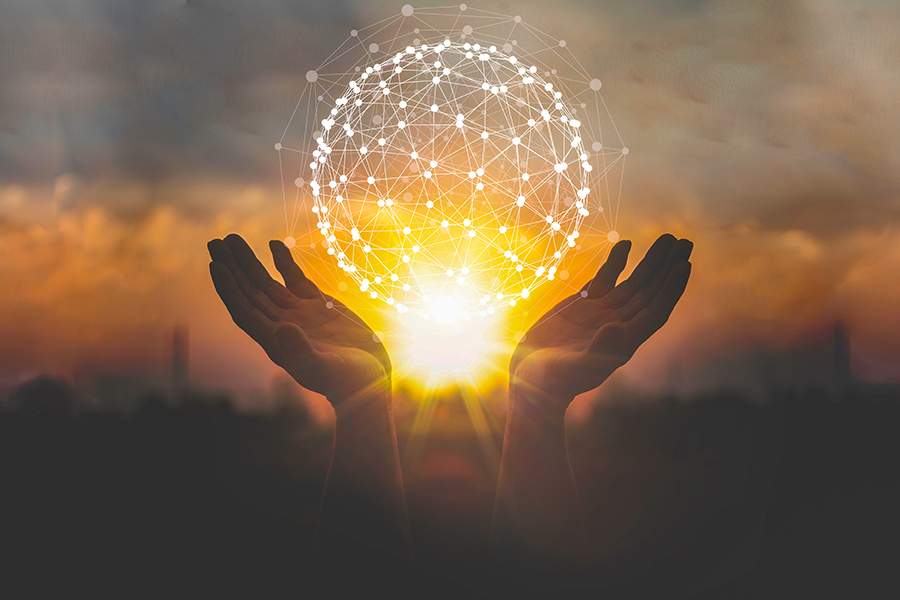 What’s critical to innovation, noted Xu, is the phenomenon that economists call “knowledge spillovers,” which refers to the sharing of ideas on which others can build
Image: Shutterstock

Less than a year after the release of a genetic sequence for a new, pneumonia-like pathogen, which we now call COVID-19, more than three vaccines hit the market. Typically, the development of a safe and effective inoculation for most diseases takes 10 to 15 years. So how was this fast turnaround possible?

According to Darden Professor Ting Xu, an expert in entrepreneurial finance, fintech and family firms, this extraordinary achievement attests to the power of globalized innovation. “When we think about complex, challenging problems like pandemics or climate change,” said Xu, “no single company, or even a country, has enough capabilities to tackle those problems alone.”

The vaccine from U.S. pharmaceutical giant Pfizer and its partner, German startup BioNTech, is a case in point. The lightning speed of development was possible because the scientific community wasn’t starting from scratch; the technology behind the vaccine was built on decades of research.

A recipe for innovation
What’s critical to innovation, noted Xu, is the phenomenon that economists call “knowledge spillovers,” which refers to the sharing of ideas on which others can build. Another important ingredient is the pooling of diverse resources, such as financial and human capital. “To create something truly novel,” said Xu, “We need people with different backgrounds, knowledge and talents, people from different industries, to come together. That’s why, ideally, innovation shouldn’t be geographically constrained.”

Unfortunately, the reality is quite the opposite. “Innovation is very clustered,” said Xu. “Even though globalized innovation has increased dramatically over the past 40 years, only a fraction of innovation activities transcends country borders.”

Xu sees this as an impediment to progress, since globalized innovations tend to have greater impact than local ones and are instrumental in developing countries’ learning. Moreover, the rise of anti-globalization sentiment in some quarters has only amplified the problem. As examples, Xu noted, “We’ve seen the U.S.-China trade war and Brexit, as well as anti-immigration policies under the previous administration.”

Constraints to globalized innovation
The importance of international collaboration in solving today’s pressing problems — and a growing backlash against globalization — is what drives Xu’s latest research. In a working paper, “Cross-Border Institutions and the Globalization of Innovation,” Xu and his collaborators — Bo Bian of the University of British Columbia and Jean-Marie Meier of the University of Texas at Dallas — explore the following question: “What is constraining the geographical scope of innovation?”

Xu, Bian and Meier focused on one important constraint — weak cross-border institutions. Cross-border institutions are the set of laws that govern transactions and activities happening across countries, explained Xu. “When a company makes investment in another country,” Xu said, “there is often a legal vacuum regarding the enforcement of contracts and property rights, as there is no supranational judicial system. Instead, investment disputes have to be resolved through the host country’s domestic judicial system, which may not treat foreign investors fairly.” This problem is particularly acute for investments in innovations that are often risky and intangible. Xu and his collaborators thus hypothesized that globalized innovation can be particularly sensitive to the strength of cross-border institutions.

“We don’t see more international collaborations like the one between Pfizer and BioNTech,” said Xu, “because legal frictions between countries inhibit contract enforcement across borders.”

BITs are a common policy tool used by countries to protect foreign investments from adverse actions by the host country, noted Xu. If the terms of a BIT have been violated, investors can force the foreign state to participate in binding international arbitration, often without having to go through local courts.

Using an empirical design that leverages the signing of those treaties across different pairs of countries over time, Xu and his team found that, after two countries sign a BIT, there is a significant increase in technological interactions between them. “The signatory countries are more likely to adopt and source technology from each other. They also increase their R&D collaborations in producing new innovation.”

Xu and his colleagues used 67 million patents from 105 patent offices worldwide to capture those technological interactions. “Our granular patent data allows us to separately measure the three stages of technological interactions,” explained Xu. “You start by adopting existing foreign knowledge. For example, when China imports semiconductor chips from the U.S., China simply uses that without creating anything new. The second stage is sourcing of foreign knowledge in creating your own innovation: China cites U.S. inventions in its own patents or source inventions from U.S. inventors. The third stage, collaboration, happens when China and the U.S. become equal partners and work together to create innovation.”

Overall, Xu’s study found that BITs increase the globalization of innovation by facilitating R&D contracting and the flow of financial and human capital.

Policy tools to promote globalized innovation
Findings from Xu’s research suggest that bilateral investment treaties can serve as a useful policy tool to promote the globalization of innovation. However, said Xu, the signing of those treaties is often driven by political or diplomatic motivations, and those who promote them have a limited understanding of their many benefits. As Xu put it, “Those treaties were introduced to protect foreign investments, but they also help with knowledge diffusion, technology transfer and collaboration. They have the potential to drive a country’s overall innovation and growth, which has been under the radar for a lot of policymakers.”

Bilateral investment treaties are especially beneficial to countries that are technological laggards and have weak domestic institutions. As a policy tool, they are more incremental and targeted than institutional reforms, and as such are easier to implement, according to Xu. “Revamping your country’s legal system and property rights is not easy to pull off in a short period of time,” said Xu. “Bilateral investment treaties are a quicker, more practical way to attract foreign investors and catch up in certain technology fields.”

Xu’s research is especially relevant in today’s climate regarding anti-globalization. The countries that isolate themselves and cancel bilateral investment treaties in the name of nationalism don’t realize they are closing the door to much more than the flow of foreign capital; they are undercutting their own technological progress.

This article was developed with the support of Darden’s Batten Institute, at which Gosia Glinska is associate director of research impact.