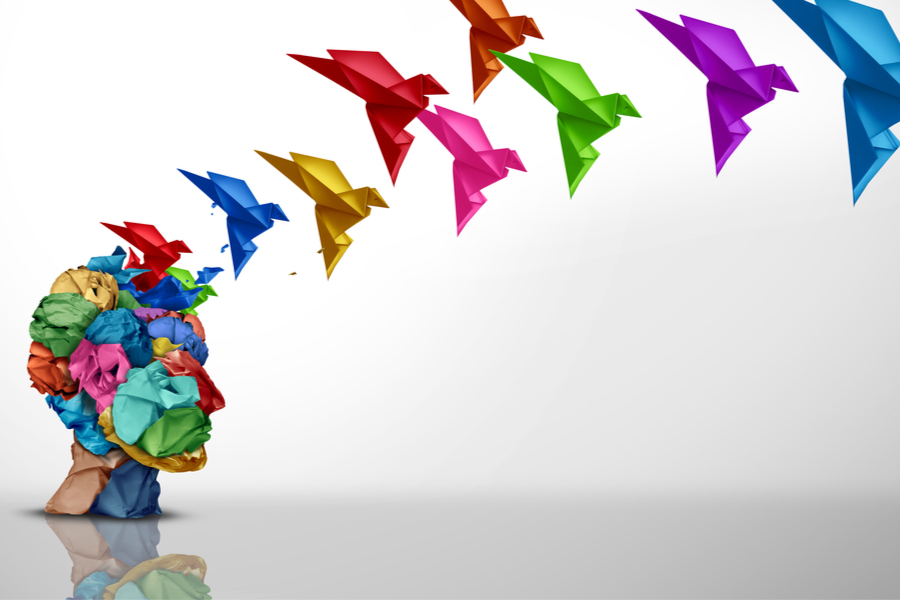 By giving up too soon, we risk leaving our best ideas on the table
Image: Shutterstock

Imagine a team brainstorming session. At what point in the meeting do you think you’ll come up with your best, most inventive idea?

Most people assume that lightbulb moment will arrive right away, when you’re feeling freshest. But according to new research, we’ve got it wrong.

Across several studies, Loran Nordgren, a professor of management and organizations at the Kellogg School, and Kellogg PhD alumnus Brian Lucas, now of Cornell University, discovered a widespread, persistent, and mistaken belief that creativity drops off with time. They dub this the “creative-cliff illusion.”

What’s more, they found, the illusion is self-defeating. The more people believe in it, the fewer creative ideas they generate. But with experience comes wisdom, Nordgren and Lucas learned: people who do lots of creative work do not fall victim as often to the myth of declining creativity.

“People think their best ideas are coming fast and early,” Nordgren says. In fact, “you’re either not seeing any drop-off in quality, or your ideas get better.” By giving up too soon, we risk leaving our best ideas on the table.

Nordgren believes bringing attention to the problem can help people unlock new ways of thinking. “People don’t maximize their creative potential, and part of that is because of these beliefs,” he says.

Creativity increases as you brainstorm
Nordgren and Lucas began by recruiting a group of 165 online participants, all of whom had previously worked at charitable organizations, to complete a five-minute brainstorming task. Before they got started, participants were asked to predict their creativity during each minute of the task.

Next, participants set to work generating ideas for how a charity could increase donations. As motivation to keep the juices flowing, the researchers told participants they would be entered in a lottery to win $50 for each idea they came up with.

Then, Nordgren and Lucas recruited a new group of online participants to rate the creativity of the ideas the first set of participants had generated.

Participants in the brainstorming task gave faulty predictions about their own creativity, the researchers’ analysis revealed. While people thought they would become less creative as the session went on, the opposite was true: their creativity—as rated by the second group of participants—actually increased.

Confusing productivity with creativity
Why do people so uniformly believe their creativity will decline the longer they tussle with a problem?

Nordgren and Lucas suspected people confuse creativity with the ease of generating ideas. For many of us, early ideas come quickly, while later ideas prove more elusive as the brainstorm slows to a brain drizzle. This experience of difficulty could easily be misinterpreted as a decrease in the quality of ideas.

To test the hypothesis, the researchers repeated the same study as before, recruiting 191 new participants. This time, however, participants predicted their creativity after they had already finished generating ideas.

It didn’t matter. Even after the brainstorming task was complete, participants incorrectly judged their later ideas as less creative—because, the researchers reasoned, those ideas were harder to access. Yet, as in the first study, the opposite was true: ideas that took longer to excavate were more likely to be truly innovative.

“ Our best ideas are there. They just require more digging.”
— Loran Nordgren

No laughing matter: False beliefs about creativity make us less creative
In another study, Nordgren and Lucas put the creative-cliff illusion to the test in a real-world setting. They recruited students and alumni of The Second City’s training program to participate in a New Yorker–style cartoon-caption contest with the promise of a $150 first prize. The online competition was judged by three professional comedians, who rated the 91 submissions for novelty and funniness (a proxy for creativity).

Contest entrants were given 15 minutes to generate as many caption ideas as they could, but they weren’t required to use the full time. Participants also answered a series of questions about their beliefs about creativity, such as “People tend to generate their best ideas first.”

Those who believed good ideas come early submitted fewer jokes overall, the researchers found—and fewer of the jokes they submitted were rated as highly creative by the judges. In other words, the more people believed their funniness would fade over the 15-minute task, the less productive and funny they actually were.

The researchers recruited a group of 163 online participants and asked them to rate how often they had to use creative skills in their work (not at all, occasionally, or frequently). The participants completed the same brainstorming task used in the first study—predicting their creativity during each minute of the five-minute task, then coming up with ideas to increase charitable donations.

Participants who never or only occasionally did creative work were much like the participants in the first study: they predicted their creativity would decline over the course of the brainstorming task, when in reality the opposite was true.

But participants with lots of creative experience didn’t make the same mistake. They predicted that creativity would remain relatively constant—a belief that is still overly pessimistic, but closer to correct than most other participants’ predictions. Experience helped them see the power of continuing to chip away at the problem.

“It’s really people who are in the trenches doing creative work that learn this lesson,” Nordgren says.

The power of persistence
What does this mean for your next brainstorming meeting? For Nordgren, there’s one very simple takeaway.

“If you’re struggling, keep going,” he says. This and his earlier research on creativity reveal that “our intuitions about how this process works are wrong, and that our best ideas are there. They just require more digging.”

This may mean resisting the temptation to select an idea just because a meeting is ending—a temptation rooted in the false belief that future ideas will be worse. Instead, “maybe you say, ‘I think there are still some better ideas we haven’t explored. Let’s all commit individually to putting another hour into this and come back next week.’”

It’s not easy to do—something Nordgren, who is currently at work on a book, knows firsthand. But he’s committed to taking his own advice. “These ideas are influential in those moments,” he says. “I’ll think, ‘this is a pretty good example, but is there a better one?’ It’s a nudge to keep going beyond what my intuition tells me to.”