Six tools for turning your ideas into reality

From finding the right analogy to tapping into FOMO, learn how to sell your ideas to potential supporters. 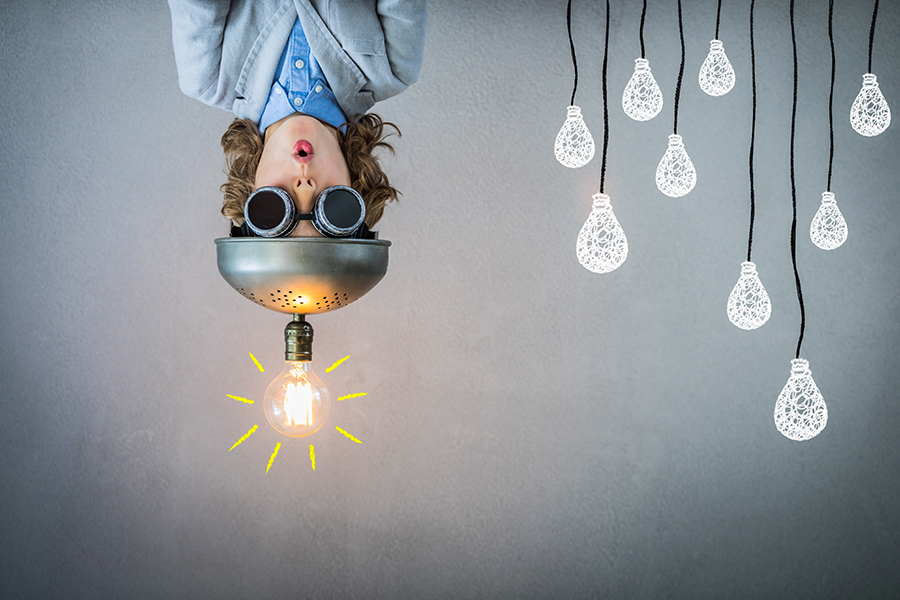 Innovation is built on great ideas, usually about solving a customer need. Successful innovation, the sort that makes fortunes and sometimes change lives, is also built on financial and other kinds of support to implement those ideas. For a brilliant innovator like Nikola Tesla, getting that support might be the harder part. We call this the innovator’s paradox: the more novel, radical or risky the idea, the harder it is to acquire the necessary resources. The good news is, you do not need to be a born salesperson to overcome that barrier.

My co-authors* and I conducted over 100 interviews with innovative leaders including Jeff Bezos (Amazon), Elon Musk (Tesla and SpaceX), Marc Benioff (Salesforce.com), Shantanu Narayen (Adobe), Indra Nooyi (PepsiCo), Mark Parker (Nike) and Jeff Weiner (LinkedIn), and drew on multiple case studies to distil the tools and practices that helped them convince backers, customers, employees and endorsers. As described in detail in this MIT Sloan Management Review article, the tools and practices create what we call impression amplifiers that generate attention and credibility for yourself and your ideas.

Here’s the list, together with advice on how to use these tools effectively.

Comparing
By using comparisons and analogies between your idea and something positive that your investors can relate to, you help them understand and get excited about what you have to offer. Robin Chase, who co-founded an online platform that offered cars for rent in the United States long before the sharing economy, used this technique to win support for what was then a radical idea. In 2000, Chase was trying to interest prospective investors in Zipcar, but describing it as “car-sharing” only turned people off. After talking to people she met, Chase hit upon the winning analogy: comparing Zipcar with automated teller machines.

Zipcar “was like an ATM, but it’s wheels when you want them.” The support started to flow in. “Investors finally got it,” Chase told us. “Getting the comparisons right was nontrivial.” Zipcar took off. In 2013, it was sold to leading car rental company Avis for US$500 million.

Good comparisons latch onto what resonates most with your audience – convenience in Zipcar’s case. They should also get people excited about the opportunity – “might Zipcar transform car rental just as ATMs transformed banking?”

Materialising
Human beings are hardwired to respond to and remember the tangible things they can see more than abstract ideas they can’t. So having a physical prototype of your innovation could make or break your pitch. Take it from Musk, who in 2003 parked a prototype of the reusable rockets his company SpaceX planned to make outside the US National Air and Space Museum in a stunt designed to grab NASA’s attention. Until then, the US national space agency had dismissed the idea of cheap reusable rockets as a joke. But it couldn’t look away this time. NASA sent a team to SpaceX’s site in Southern California and was duly impressed. Over the next decade, the agency would spend US$140 million on 70 SpaceX flights. In May 2020, SpaceX sent two NASA astronauts to the International Space Station in the first commercial manned space flight.

As Musk so memorably showed, giving tangible heft to your offering can be crucial if your idea is radical. In other examples, many customers hated the abstract descriptions for such innovative products as the Aeron chair, Reebok Pump shoes, and even the iPhone.

In some cases, instead of the offering itself, you might need to substantiate demand. For her online designer wear rental service, Jenn Hyman of Rent the Runway used low-cost experiments – a kiosk set up on a college campus and emailed PDFs to customers to prove women were willing to rent dresses online. The results convinced Bain Capital to invest in the company.

Storytelling
Research confirms that stories are also a powerful way to convince supporters. The most effective stories are personal, follow a narrative arc, have vivid characters, conflict and resolution, and create an emotional connection with listeners. For example, in 2013, Vanessa Quigley and her husband created an app to make it easier for families to share photos, but it often crashed. Fortunately, Quigley was also a great storyteller. In her pitch to Gavin Christensen, the managing partner of Kickstart Seed Fund, she recalled the day when she found her young son in tears over a photo scrapbook his kindergarten teacher had made for him. She described the guilt she felt at having never shared with her son or other family members the many photos she had of him.

Quigley’s story had all the ingredients of an effective story. Christensen admitted, “I hated the app,” but he was sold. “The need was so fundamental, and Vanessa made it so personal,” he said. Quigley’s company, which now operates as Chatbooks, allows users to create printed scrapbooks from Instagram photos. Within two years of securing funding from Kickstart Seed Fund in 2013, the business had attained annual revenues of more than US$30 million.

Signalling
Just before the 2008 financial crisis, Brad Jones, an executive with Australia’s ANZ Bank, set up a mobile money platform called Wing Cambodia targeting low-income Cambodians without bank accounts. Worried that the bank would axe his initiative to cut costs, Jones convinced ANZ’s head of corporate social responsibility to feature Wing Cambodia in the bank’s annual report. He also obtained a grant from the Australian government to support the venture.

These moves effectively signalled to investors that Jones’s venture was endorsed and supported by the Australian government. As a result, ANZ bosses had to maintain their support. Signalling – in the form of alliances, relationships and awards – works because of the human tendency to follow others we admire or see as experts. Research on more than 1,000 start-ups found that if a start-up had the endorsement of a development organisation such as an incubator, its chances of receiving funding increased from 5 percent to 44 percent, even after controlling for the ability of the founders.

Again, tailor this tool to fit your purpose. When the uncertainty is tied to the technology (“Can we build it?”), get endorsements from individuals or institutions seen as the experts, such as leading scientists. On the other hand, when there’s uncertainty around demand (“Will people buy it?”), you’ll want endorsements that can influence potential customers and create demand.

Pressuring
Fear of missing out, or FOMO, is not just a millennial condition but an aspect of the human psyche you can tap to your advantage. The idea is simple: People want what other people want, and they are drawn to items that are either scarce or difficult to obtain.

Have discussions with multiple potential sponsors, employees, or partners in parallel, rather than one after another, and let them know that they are not the only ones you’re talking with. Ideally, target would-be supporters who are sufficiently different from one another.

Diversity helps reduce the possibility that they would be able to predict how others would act.

Committing
Few things signal the viability of your idea to your potential backers as much as how much you’re prepared to stake on it. That might include investing substantial financial resources or giving up a lucrative job. Committing is particularly effective when the innovation is complex or when details cannot be fully revealed because the innovator wants to protect trade secrets. Denver Lough, for example, left a potential career as a plastic surgeon to co-found PolarityTE, a start-up developing methods for patients’ own cells to regenerate tissues.

If Lough had taken his idea to a major medical centre, it wouldn’t have been able to provide the resources needed to launch a company to commercialise the technology. The venture capitalists and angel investors Lough approached either wanted too much control or were too cautious. PolarityTE proved critical to the ability of Lough and co-founder Ned Swanson to attract other investors and key talent. One investor said, “They were willing to get up and leave and lay it all on the line, even when they were so close to finishing that they could see the light at the end of the tunnel. That said a lot.”