A small German company called CureVac is on the cusp of announcing the results of its late-stage clinical trial, and unlike the Moderna and Pfizer-BioNTech vaccine, the RNA vaccine made by CureVac doesn't need a deep freezer 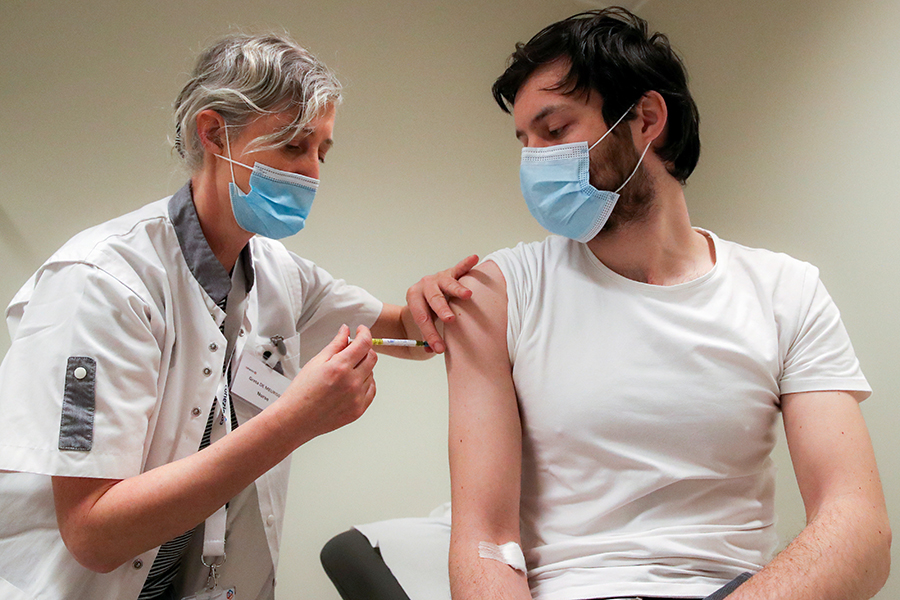 A volunteer receives a dose of CureVac vaccine or a placebo during a study by the German biotech firm CureVac as part of a testing for a new vaccine against the coronavirus disease (COVID-19), in Brussels, Belgium March 2021; Image: Reuters/Yves Herman

In early 2020, dozens of scientific teams scrambled to make a vaccine for COVID-19. Some chose tried-and-true techniques, such as making vaccines from killed viruses. But a handful of companies bet on a riskier method, one that had never produced a licensed vaccine: deploying a genetic molecule called RNA. The bet paid off. The first two vaccines to emerge successfully out of clinical trials, made by Pfizer-BioNTech and by Moderna, were both made of RNA. They both turned out to have efficacy rates about as good as a vaccine could get.