India's top IT companies are going after growth amid a global economic slowdown, and they are willing to give themselves more elbow room by loosening up on margins 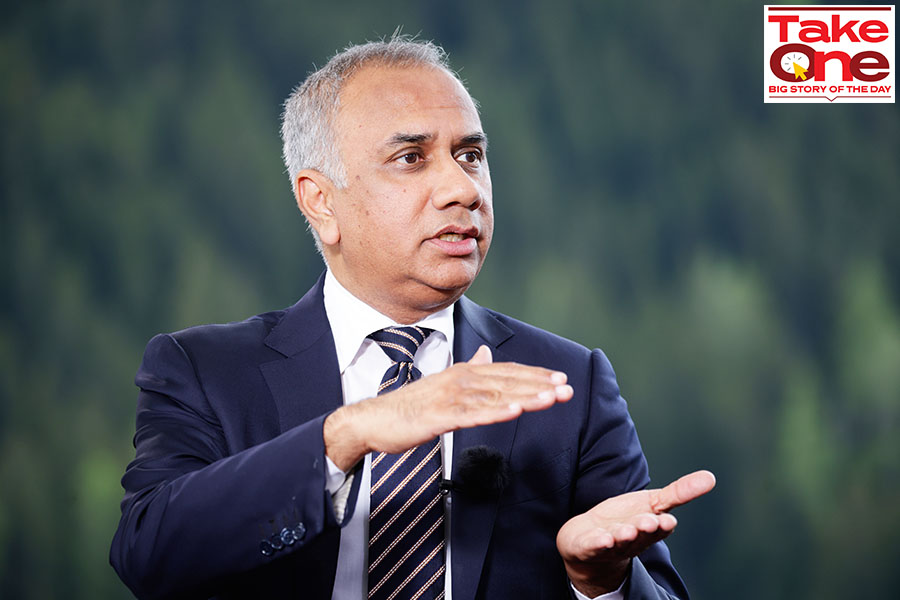 While making gung-ho claims about continued growth opportunities ahead, CEOs of India’s top IT companies aren’t leaving anything to chance as the world prepares for a slowdown and a recession in the US, the biggest technology market.

In fact, the current fiscal year’s first quarter’s numbers show that Tata Consultancy Services, Infosys and others are willing to trade some profit margins if it wins them large contracts and keeps the cash flow going.

Infosys, on July 24, reported its highest fiscal first-quarter revenue growth in more than 10 years, and its lowest Q1 operating margins of this century, so far, joining rivals in prioritising growth as customers are likely to tighten budgets.

Shares, which fell a bit in early Mumbai trading came back to be about 0.4 percent higher around 2:20 pm local time.

Revenue for the three months ended June 30 was $4.44 billion, a 21.4 percent increase over the year-earlier period, Bengaluru-based Infosys, India’s second-biggest IT services company, said in a press release. That is the highest first-quarter increase since Q1 of FY12.

The company’s Q1 performance was “strong overall,” CEO and MD Salil Parekh, who recently saw his tenure extended by another five years, said in the press release. “We continue to gain market share and see a significant pipeline driven by our Cobalt cloud capabilities and differentiated digital value proposition,” he added.

Cobalt refers to Infosys’s suite of cloud technologies and services. The company now attributes 61 percent of its revenues to digital-tech based services, which grew 37.5 percent during Q1.

India’s biggest IT companies, which are now among the world’s biggest software services providers as well, are strategically giving up some profit margins to ensure that they win large contracts and market share, senior industry analysts say.

“Right now it’s a smart strategy to grow revenues to take market share and accept lower margins, for now,” Ray Wang, founder and principal analyst at Constellation Research tells Forbes India in an email. “There is a labour market shortage and if you have the contracts, you have the work guaranteed to bring on new staff and train them so you can achieve a lower cost for delivery in the longer run,” Wang explains.

Infosys’s fiscal Q1 operating margin came in at 20 percent—as the company continues to grapple with high staff churn or attrition—while CEO Parekh said it has begun to moderate over the last two quarters. The June quarter operating margin is the lowest Q1 figure up to at least FY 2000 for which data is immediately available in the investors section of the company’s website.

“There are two factors at work with the lower margins. The first is that ever since Salil took over he has signalled that he feels that Infosys is unwise in keeping industry high margins, and investors would be better served if they were to lower margins and use the surplus to invest in growth,” Peter Bendor-Samuel, founder and CEO of Everest Group, tells Forbes India in an email.

“However, given the recent explosive market growth, they have not executed on this plan. Now that the market growth is slowing down a little, it appears that they are open to moving in this direction,” Bendor-Samuel says.

The second factor is that, like the rest of the industry, Infosys has not been able to pass along the full impact of wage inflation. At the same time, the traditional levers of delivering an increased proportion of work from India and a more aggressive employee mix with a higher mix of freshers seem to be close to their limits, Bendor-Samuel says. Therefore, margins are falling for everyone, including Infosys.

Revenue growth, on a year-on-year basis, was in double digits across all business segments in constant currency terms, Infosys said in its press release. Net hiring was at 21,171 recruits for Q1. Infosys also increased its full-year revenue outlook to the range of 14-16 percent versus the previous 13-15 percent estimate from April.

The company has retained its margin projection of 21-23 percent, and CFO Nilanjan Roy expects to hit the lower end of the range. 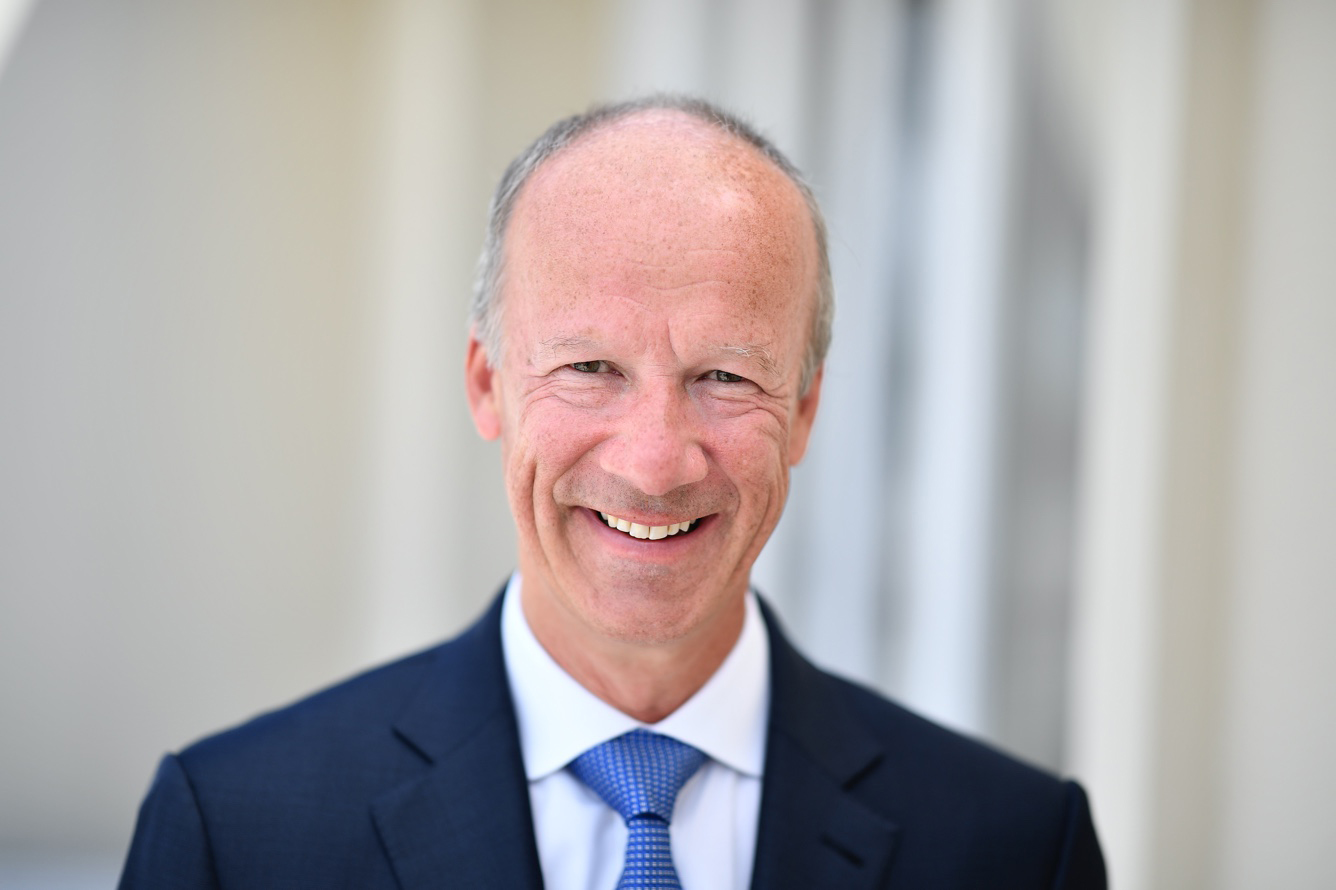 At Wipro, the company has “bottomed out” at the 15 percent operating margin that it reported for Q1 FY23, CFO Jatin Dalal said on July 20, in a press release. Wipro, under Frenchman CEO Thierry Delaporte, has reorganised itself to break down internal silos, built and deepened its cloud and AI services, and made acquisitions aggressively to get back into the game with its faster growing rivals.

Margins should be above 15 percent in the long run, Wang says. At Infosys, given the continued strong demand for talent it is reasonable to expect that the company could have a modest reset in the range of 19-21 percent and give itself more flexibility, Bendor-Samuel adds.

Wage inflation will be balanced out by the strong dollar, so these forces will have to be carefully watched. If one looks at Accenture’s margins, that’s a better indicator in the long run between which companies can command a premium and which ones will compete on volume, according to Wang.

Accenture, on June 23, reported operating margins of 16.1 percent for its fiscal third quarter that ended May 31, 2022, about the same as for the year-earlier period.

Also read:  Inside TCS's cloud strategy: How the IT giant is consolidating its hyperscaler alliances to tap an 'unbounded opportunity'

Over the last decade, India’s top IT services companies have seen their operating margins come down, overall, with ups and downs. One factor that has had an impact is the rise of the cloud computing model. And now, after the Covid-19 pandemic, the shift to the cloud has accelerated.

“The cloud business ultimately reduces costs. Automation and cloud have deflationary impacts on deals in the long run,” Wang says. However, there is a lot more work to be done in digital as well as modernisation that should keep most IT providers busy for some time, he says.

In the long term (think five or more years down the line), AI, digital monetisation, metaverse, and web3.0 will be the drivers of growth for IT services providers, according to Wang.

Bendor-Samuel points out that the cloud market is changing with ‘hyperscalers’ — Amazon Web Services, Microsoft and Google Cloud are the leaders — increasingly intruding on the system-integrator turf as well as taking margin out of traditional cloud management.

However, given the ongoing demand for talent as companies shift into the new operating models with a much tighter relationship to technology, Infosys is well positioned to shift its emphasis and continue strong growth and solid margins, he says.

At the simplest level, there is a need for bespoke IT engineering and platform support. And this trend is still early in a mega cycle of growth, driving an ongoing shortage of experienced IT and engineering talent, according to Bendor-Samuel. Infosys is well positioned to ride this wave and continue to achieve strong growth and profitability if not at the torrid rate of the last two years, he says.

As the cloud model matures, Infosys’s investments in its cloud and digital technologies and services will keep it in good stead as well, he adds.

Tweets by @forbesindia
Throwback: Wah Taj! The iconic ad campaign about the effort that leads to perfection
Venice pushes tourists to drink from fountains and shun plastic