With her consistent finishes in the top two, Sindhu is redefining India's sporting glory 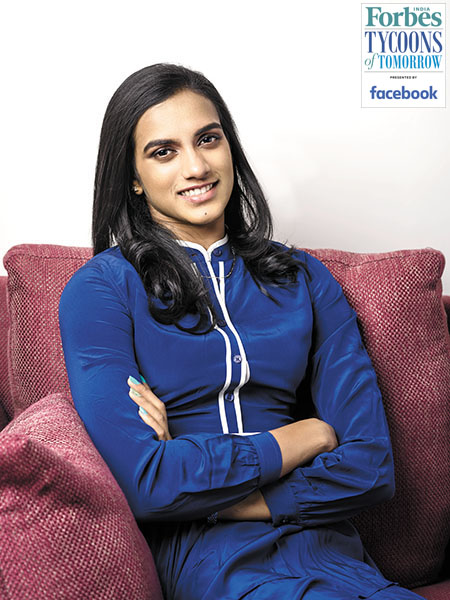 A year after winning the Olympic silver, PV Sindhu reached six finals and won three; Image: Kalyan Yasaswi
Could there be a better year than one where you win an Olympic silver medal? Yes, many times over, if you are PV Sindhu. In 2017, the year after the 23-year old sent the nation in a frenzy by bringing home the silver from Rio, Sindhu made it to six finals, including the World Championships and the elite Dubai season finale, and won three. Remember her lung ripping, breath-sapping encounter in the finals of the World Championships with Japan’s Nozomi Okuhara that lasted a mammoth 110 minutes and included a 73-stroke rally that could outlive posterity? Sindhu finished second, if you must care for statistics, but when she was done, the World No 3 touched a chord even with India’s sporting psyche that rarely cares for gallant losers. One year later, she carries on in loop. A silver in the Commonwealth Games, followed by another in the World Championships and a third in the Asiad. And 2018 isn’t over yet. Fatigue-induced losses apart, like the second-round exit in this year’s Japan Open or the first round defeat in last year’s Denmark Open, Sindhu could very well be singing her own rendition of Queen frontman Freddie Mercury’s “Don’t stop me now… I am a shooting star leaping through the sky”. Click here for the full Tycoons of Tomorrow list
“She would be one of the finest players of her generation, she would definitely be an all-time great going ahead,” says Ayaz Memon, veteran sports journalist and commentator. “Saina Nehwal put Indian badminton on the global map. Sindhu made it richer, far rewarding and more attractive for fans. That’s given the sport a boost.” Her exploits have earned Sindhu a place on Forbes’s list of the world’s top 10 highest-paid female athletes, the first Indian to make it to the list that is topped by Serena Williams. With $8.5 million, the lanky Hyderabadi stands at No 7, ahead of tennis stars Simona Halep, the current No 1, and triple Grand Slam winner Angelique Kerber. If there’s one Achilles Heel in her glittering CV, it would her inability to convert the silvers into golds. But former All-England champion Prakash Padukone isn’t too worried. In one of his recent interviews to the media, Padukone said: “There is nothing like that [mental block]. We should not put too much pressure on her when she is doing well.” Perhaps badminton is no longer a sport where one player can dominate like Susi Susanti did in the ’90s. Players like Carolina Marin, Okuhara, Akane Yamaguchi, Tai Tzu Ying are all nipping at each other’s heels. “You look at tennis. There’s little to separate the top three in terms of talent. Who could pick one amid [Roger] Federer, [Rafael] Nadal or [Novak] Djokovic? It’s the same in badminton too,” says Memon. “It’s just a matter of how you cope with pressure on a particular day.” Click here for the full Tycoons of Tomorrow list
For one, Sindhu has age on her side. That means several more World Championships and a couple more Olympics to take a shot at gold. But whatever she finishes with, Pusarla Venkata Sindhu will have redefined India’s sporting successes.