Tycoons of Tomorrow: Torchbearers of the future 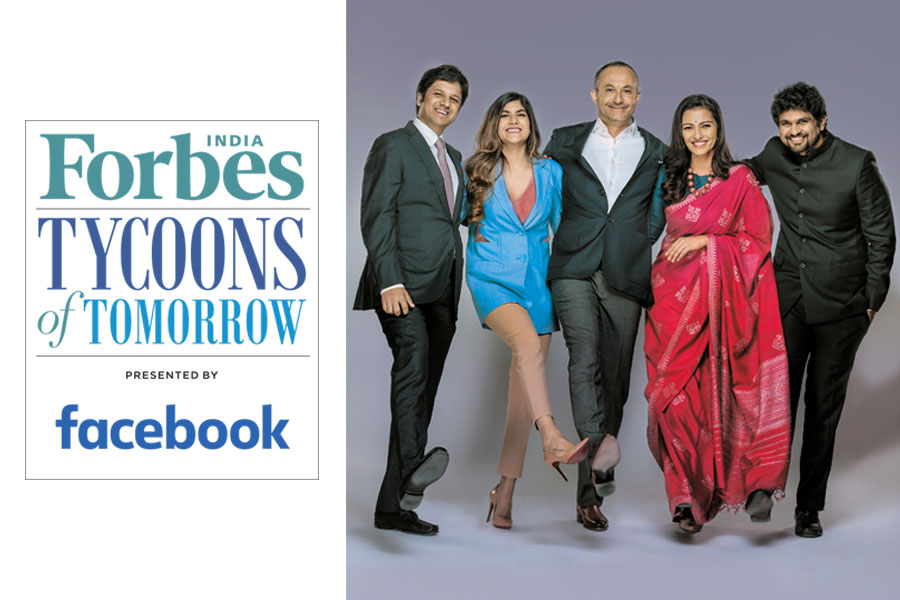 Till the middle of the 19th century, taikun was a diplomatic title used to designate a Japanese shogun, the head of the military. Meaning ‘great lord’, ‘prince’ or ‘supreme commander’, a taikun was effectively the highest official in the empire, often higher than the emperor too. When the Anglicised version entered the lexicon, tycoon wasn’t to mean just a wealthy and powerful businessperson. In fact, it connoted an important person.

The individuals appearing on our inaugural Forbes India Tycoons of Tomorrow—in association with Facebook, exhibit values that place them among the achievers who will define the future of India. Over the years, Forbes India has recognised and honoured veterans of the business and youngsters alike through W-Power Trailblazers, 30 Under 30, and the Forbes India Leadership Awards.

Whether as scions of family-managed businesses, first-generation entrepreneurs, actors or sportspersons, the names featured here have displayed the dynamism to revitalise an existing enterprise, or create new rules for their business or craft.

Take, for instance, UPL’s Vikram Shroff, who continues to grow the global agriculture business started by his father Rajnikant Shroff , through acquisitions and green field expansion; or RPG Enterprises Chairman Harsh Vardhan Goenka’s son Anant, who was instrumental in changing the distribution channel for Ceat, as well as increasing the company’s focus on passenger cars and sports utility vehicles (SUVs).

One of the distinguishing features of the Japanese taikuns was that they were not of imperial lineage. And neither are Freshworks’ Girish Mathrubootham, who has become a poster boy for the Indian software-as-a-service (Saas) industry, or Zerodha’s Kamath brothers who have disrupted India’s retail broking space in a short time.

With about 600 million people, more than half of India’s population, under the age of 25, and the number of its senior citizens expected to cross 340 million by 2050, the success of the country firmly rests on the young shoulders of Generation X, Xennials and Millennials. We hope that the Tycoons of Tomorrow will inspire a new wave of achievers who can build a better future for everyone.

METHODOLOGY: The research process included interviews conducted by the Forbes India team, studies of databases, and media coverage. This helped us arrive at a longlist of more than 200 names, which was presented to the jury, with the following selection criteria:

(1) The first-generation entrepreneurs and next-generation family businesspersons or achievers should be below 45 years.

(2) They should have steered their company for four to five years, and brought about significant achievement in the FY17-18 period, wherever relevant and applicable.

We then narrowed down the list based on selections made by the jury. In the last stage, the Forbes India team selected the final names