The World's Best Companies in Europe, The Middle East & Africa 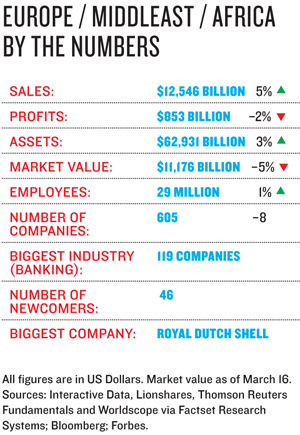 Where do we start with this region? Only an unprecedentedly enormous intervention by Europe’s central bank staved off the collapse of its economic union. The periphery nations of Greece, Portugal, Ireland, Italy and Spain continue to wade through macro weakness. There are eight fewer members of The Global 2000 from EMEA this year, as the region’s overall profits fell 2 percent. The few bright spots are the solid performances of Saudi Arabia and the UAE. The region is, however, home to the second biggest newcomer to our list, Switzerland’s trading firm Glencore International, owned by Forbes billionaire Ivan Glasenberg. It raised $10.3 billion in the biggest IPO of 2011. 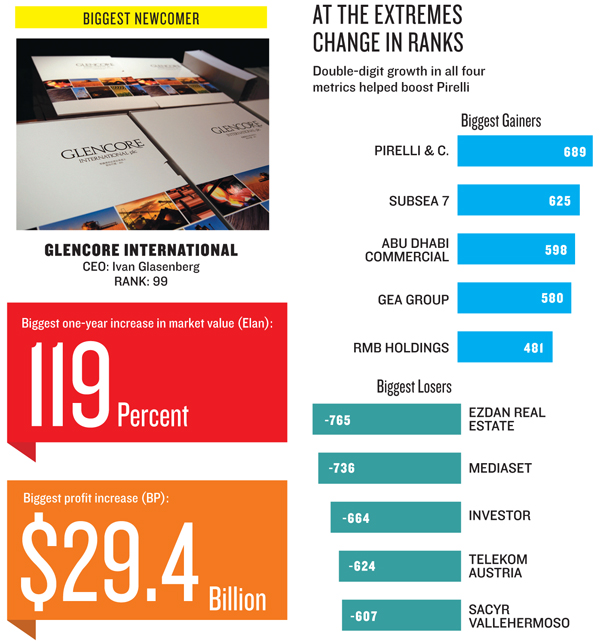 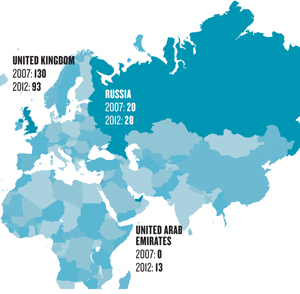 Across the Pond Gulf States
Despite adding four Global 2000 members to its total this year, the UK is down 37 firms since 2007. It’s still the biggest country in the region by a wide margin. The UAE made its debut on our list in 2008 and now has 13 companies with aggregate sales of $39 billion and $79 billion in market value. Russia, adding eight members, saw sales and profits double since 2007.