How do you spot a financial bubble?

Differentiating strong but sustainable growth from an asset bubble is easiest in hindsight. Vikram Mansharamani YC '96 offers a framework for spotting bubbles before they burst. 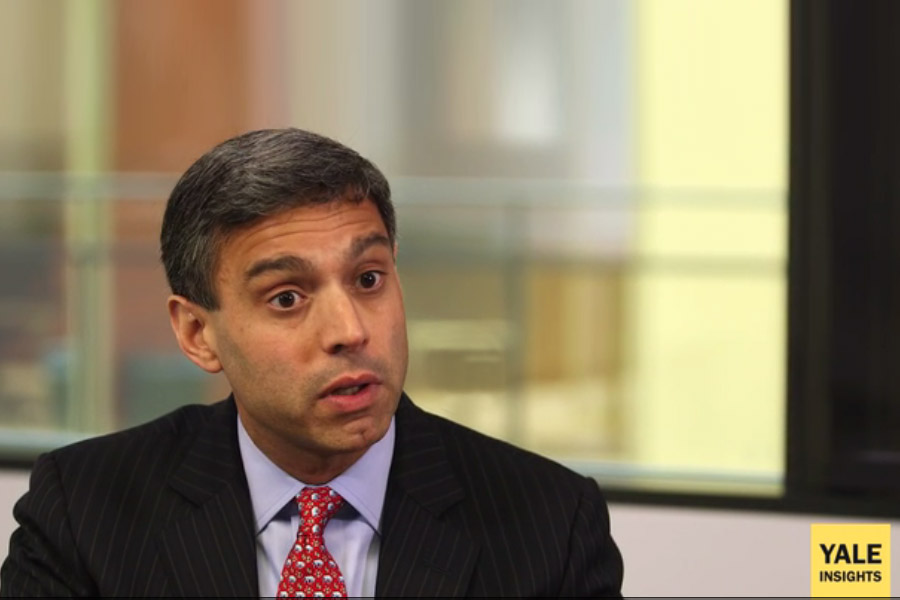 Major financial bubbles, from the Dutch tulip mania in the 17th century to the real estate bubble that collapsed in 2007, have often become cultural milestones after they burst and spread havoc through the economy. Are today’s frothy asset classes going to join the list? Jeremy Grantham, the billionaire investor and founder of GMO, who became a bearish legend betting against bubbles, says that “the four most dangerous words are, ‘This time is different.’”

Yale’s Robert Shiller, who warned against the dot-com and real estate bubbles in the first and second editions of his bestseller Irrational Exuberance, explained in the New York Times that bubbles result when a particular narrative takes hold in the culture, “like tales of getting rich through ‘flipping’ houses and shares of initial public offerings.”

Rationally, we know reversion to the mean is inevitable, or nearly so. But the stories of sudden easy wealth seize the imagination.

Of course, sometimes economies change rapidly, to the benefit of investors who anticipate the resulting opportunities. It can also be dangerous, Grantham notes, “to assume that things are never different.” So how do you tell the difference between a bubble and a true transformation? Yale Insights talked with Vikram Mansharamani YC ’96, a global equity investor and lecturer at Yale University and the author of Boombustology: Spotting Financial Bubbles Before They Burst.

Q. Could you describe your work on financial bubbles and the book you wrote about identifying them?
My book grew out of a class that I taught here at Yale. It takes a multiple-lens approach to identifying bubbles. Using microeconomics, macroeconomics, psychology, politics, and even herd behavior lenses, I created a framework that can tip the odds of identifying a bubble before it bursts, which is presumably when the insight would be useful.

The book was published in 2011 and one of the chapters looked at whether the growth rates in China were sustainable. The framework pointed to an investment bubble that was about to burst. So insofar as that’s reflective of the framework’s utility, I would suggest that it has proven useful.

Q. Are there bubbles going on right now that you’re concerned about?
If I were to take a step back and look at the world today, there are definitely pockets of bubbly conditions. Whether or not any one of them is a bubble per se requires further analysis.

But one of the lenses that I look through is the macroeconomic lens—examining credit conditions to see whether or not money is priced appropriately. And for political reasons—that’s another lens I use—I would argue that today, money is mispriced. It’s too cheap. And when money is mispriced, it’s misused; it’s misallocated. I believe the current price of money, interest rates, if you will, are manipulated to below their appropriate level. The resulting misuse and misallocation of capital creates bubbly conditions in various asset markets.

Q. Which ones?
Because the cost of money plays such an important role in the valuation of real estate, it is an asset class that I would be worried about. There’s a lot of leverage, and prices are high—that’s concerning to me, particularly given that the trajectory of interest rates is more likely to be rising rather than falling

When it comes to the stock market and the valuation levels we have today, I would say they’re concerning. I believe they are based on investor sentiment that is focused on three primary expectations. Number one, that President Trump will be able to lower corporate tax rates. That would result in earnings rising, which would, in effect, lower today’s elevated P/E ratio.

Number two is the belief that there will be a big infrastructure spending program. Sadly, infrastructure needs to be funded, and we already have a lot of debt in the United States, so I’m concerned about our ability to fund an infrastructure boom.

And the third expectation that I believe is driving current stock market valuations is that companies expect to be able to repatriate capital back from overseas. Bringing that capital back could result in higher investment activity, perhaps increasing economic activity, and presumably that could translate into higher earnings.

It’s hard to know how much of this will happen in the current political climate. But I would suggest that, given the dynamics that we’ve seen so far in the Trump presidency, there is reason to be skeptical.

Q. You mentioned using herd behavior as a lens. Where does that apply?
One of the more substantial examples, perhaps, is the rise of passive investing. Dispersion across stocks is dropping, and I think one of the primary drivers of that is the rise of passive investing. I’m concerned about that for one reason. The fundamental basis upon which passive investing has been justified is a valid price mechanism. A valid price mechanism is usually the output of active buyers and sellers negotiating what a stock should be worth. If a stock is overvalued, someone will sell it. If it’s undervalued, someone will buy it. There is this tendency towards an accurate—insofar as that has any meaning—price.

With passive investing, price is based on flows. All stocks in an index move up with inflows. All stocks in the index will move down with outflows. The quality of the individual company matters less. Buying and selling pressure to determine the price of an individual security is being lost as passive investing gains share. That is very concerning to me, because it takes away the basis upon which passive investing is justified. There are definitely undervalued companies outside the index that are not being valued properly. There are likely companies that are overvalued within the index that have been the beneficiary of inflows. It creates confusing dynamics and lots of distortions to underlying prices. That leads to misallocated capital. And that creates bubbles.

Q. A significant part of your work involves looking at big-picture economic trends. What has your attention?
There are three developments that help explain the global economy today. The first is the slowdown in China. That investment bubble has burst. It sent a ripple through the commodity system, which you see most visibly in plunging commodity country currencies. Some are down 30%, even 50%, versus the dollar in the last three to five years. Those are major moves for currencies.

Number two is technological developments. We are seeing an explosion in productivity as a result of technology allowing us to produce more with fewer inputs. Frankly, that’s taking away jobs. Very simply, there are fewer jobs and we’re still getting more output. Those jobs used to be income that resulted in demand. We’re getting more supply and less demand; that’s fundamentally a deflationary force.

The third development is demographic transition. The largest economies in the world are aging, while the fastest-growing economies are having a population boom. In the short run, the impact will probably be deflationary, but in the long run might prove to be inflationary.

These are confusing dynamics. The overarching excess supply and insufficient demand is leading countries to manipulate their currency values down to keep their share of exports. However, if you go beyond the noise, there’s an extraordinary transformation underway: the middle class developing within the emerging markets. It represents a huge demand shock coming in the not-too-distant future, which may help put some of these excess capacity ills behind us. So I’m an optimist when you look out further.