Beyond the doom: Climate innovations that are bending the curve

While regulations and policies have contributed to climate change mitigation, the emergence of climate-focused startups and their innovations will have an impact on the climate action efforts 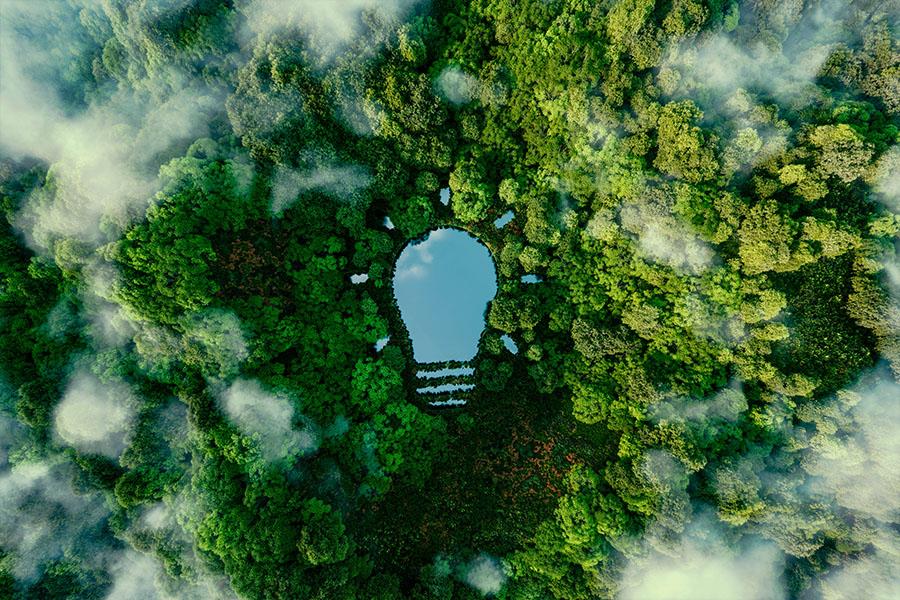 Climate change is real. Irrespective of which part of the world you have been living in, you don’t need me to tell you how real it is. We may be very close to the famous red lines and may have crossed some, but today we are in a position where we can turn the tide.

A quarter of a century ago, when the Kyoto protocol was initiated, nearly all research pointed to an impending doom. The alarm bells were ringing, making governments, corporations and societies across the world take decisive steps toward climate action. Developed first-world countries, such as Norway, were able to put stringent norms in place to impact their carbon footprint and human impact on climate dramatically. Even emerging economies, such as Costa Rica, were able to decarbonise its economy and make strides toward mitigating climate change.

India has also taken positive steps and introduced climate-focused policies that are effecting change. This action has consistently placed India in the top 10 rankings over the last three years on the CCPI (Climate Change Performance Index), ahead of countries like Finland and Switzerland.

If the Paris Accord pledges are upheld, we might even be able to limit global warming to under 2 degrees. There will be severe consequences even if we managed to achieve 1.5 degrees, but it is not game over for our beloved planet yet.

While regulations and policies have contributed to climate change mitigation, big tech giants like Microsoft have been carbon-zero since 2012 and aim to remove all historical emissions by 2050. Other large corporations like Nestle, Unilever, and P&G are also taking measures across their supply chain, from production to packaging. This is encouraging, but not enough. Enter, climate-focused startups of the world.

Global Climate-tech funding has grown 2.5 times since 2019 to almost $37 billion in 2021. Climate-focused startups are growing exponentially, led by energy, transportation, and food spaces. This is possibly the best time for startups to respond to the world’s biggest concern. In the next couple of decades, some of the largest companies in the world will come from climate-tech, creating an opportunity for massive wealth creation.

Innovation to the rescue

In the space of Clean Energy, while there is growth in solar and wind power generation, there are other sources, such as biofuels and geothermal energy, that are acting as a bridge toward clean energy. German startup, Marvel Fusion, is an excellent example where they are harnessing nuclear fusion to create zero-emission energy.

Food production and animal husbandry is another space where startups have developed precision agriculture and smart farming that utilises less land and water. Food startups have innovated plant-based meat products to replace animal products. The Impossible Burger is now a reality, and there are many other ventures in this space that have developed textured vegetable protein as a meat alternative. The jury may be out on how much it tastes like meat, but every step makes a difference.

Thanks to Tesla, the EV industry has probably received the most attention for how we can reduce tailpipe emissions. Home-grown startups like Ather are leading from the front as the adoption of two-wheeler electric vehicles is growing daily, especially in the last-mile delivery space, which has a rather significant carbon footprint. Dutch startup, TripleE, has developed a decentralised platform for circular battery use, allowing battery and EV manufacturers to analyse the battery for life expectancy and environmental impact, and re-use the battery in a new vehicle, reducing its carbon footprint. The circular economy is not a buzzword in this space, it is happening across sectors.

Are we doing enough? No, we could certainly be doing more. The silver lining is the passion of climate-centric startups focused on making an impact. Humanity has overcome many a disaster through collaboration, the will to succeed, and a dash of ingenuity. We will need all that and more to overcome the climate challenge.

The writer is Partner at Merak Ventures.

1,581
Thank you for your comment, we value your opinion and the time you took to write to us!