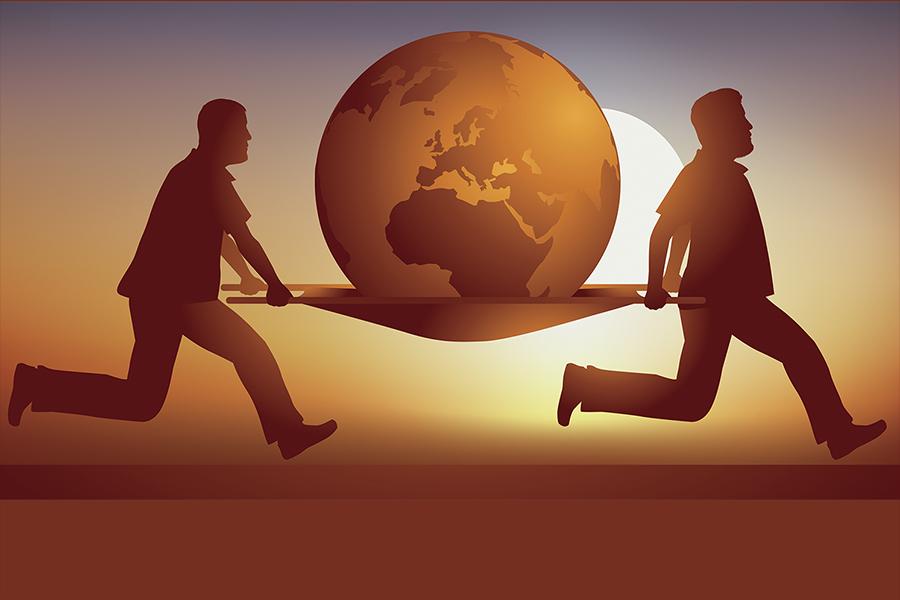 “What are the reasons for nations failing to meet the commitments made at Kyoto, Paris, and other Climate Change Conferences (COPs) of the United Nations Framework Convention on Climate Change (UNFCCC), when there are strident calls for action from the world leaders?”, was a question posed to us in a recent interaction.

No global or regional summit has commandeered media space as the 26th meeting of the Conference of Parties (i.e., nations), or the COP26 at Glasgow. Heads of states and governments delivered oratories that have evoked a sense of hope for the planet’s future, while a few, especially from ‘Small Island Developing States’, gave the summit a sniff of smelling salts and called out the imperative to act with haste to curb greenhouse gas (GHG) emissions. A desultory review of the outcomes of the key summits in between would read like a serial on global leadership soirees.

Kyoto was didactic. It held a set of nations accountable, viz. the developed nations, and imposed emission reduction performance targets at 5.2 percent below baseline year 1990. Developing nations, including large economies, and high emitters such as China and India were free to do business as usual. The largest economy and emitter – US—did not ratify the protocol. The summits at their flippant worst were guided by incomplete science that some revellers debunked and, at their diplomatic best, were like trade negotiation meets dominated by bartering on limits and concessions.

At the Paris summit, there was a broad consensus among the scientific community that climate change was indeed an existential issue, although, some politicians retained the right to deny it. Kyoto hardly made a dent on the mushrooming GHGs. Paris appealed to nations to make pledges, called ‘Nationally Determined Contributions’ (NDC), to cap the temperature rise at 2°C. While the sum total of the NDCs hardly appeared to meet the 2°C target, in 2018, the Intergovernmental Panel on Climate Change (IPCC) special report called for capping the temperature rise at 1.5°C, as an increase beyond could bring untold miseries through weather extremes besides steeply raising the emissions reversal cost.

COP26 began well with good climate science on the table and high level of attendance from global leaders. It recognised that both nature loss and climate change are two parts of the same problem apart from declarations on forests and land use, sustainable agriculture, net zero carbon commitments, and so on.

Is it about the planet? Why do we fail to act?

The paper put forth by the UN Convention on Biological Diversity (CBD) increasingly speaks of anthropogenic actions that have impaired the ability of nature to perform its life sustaining functions of atmospheric regulation, food and water provision, carbon removal, genetic resilience, and so forth.

Is it the planet that is imperilled by our actions?

Inequity, timelines, and accountability are features that characterise climate change and need a little more examination. The neo emitters ask for the right to use the carbon space to catch up with the incomes of the developed nations, which have already emitted much in history.

Headline likes “carbon reduction by 2030” and “carbon zero by 2070” have fostered a sense of climate change as an inter-generational issue. A smug confidence in human ingenuity to invent and innovate their way out if given the requisite timelines which these UNFCCC/IPCC headlines appear to do. The global temperature has already breached 1°C, unleashing extreme weather events. Compare these with the timelines at the disposal of an elected head of state/government in addition to his/her domestic political compulsions, or an appointed business director whose accountability is primarily to the shareholders.

Everybody’s problem is nobody’s problem! The problem is planetary in scale, and history of nations tells us that such problems usually have no owners but have often outfoxed nations, fostered sub-groups and alliances on shared self-interests, thus, exacerbating an issue, just like nuclear proliferation and the ongoing pandemic.

Is there a way forward?

The Montreal Protocol of 1987, a pre-UNFCCC instrument, had succeeded in eliminating chlorofluorocarbons (CFCs) that were seriously depleting the planet’s ozone layer, thereby, exposing life to dangerous solar radiation. It is only through a collaborative effort of the global community that we can repeat history and battle climate change and support generations to come.

The global community’s work must go on, and the work for COP27 must begin now.

1,234
Thank you for your comment, we value your opinion and the time you took to write to us!

Tweets by @forbesindia
Prev
Green finance: India's financial system needs to align with nation's climate priorities
Next
Give children a say in the climate change and resilience building conversation