A world where questions count

In the 1930s, the concept of brainstorming was proposed to bring creativity to problem-solving. In years since, brainstorming has become hostile towards creativity. For brainstorming to be successful, asking questions and encouraging ideas will have to take the front seat 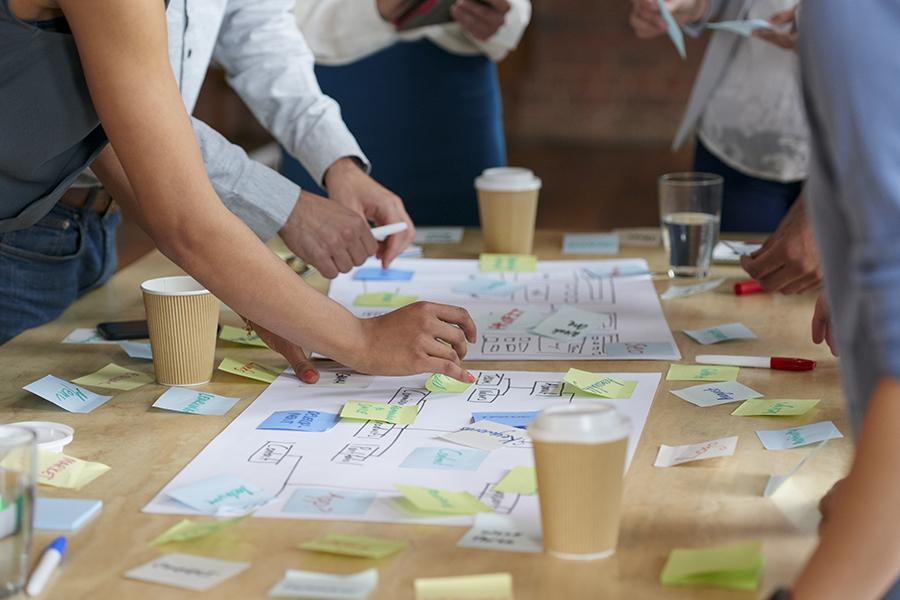 One of us cannot be as smart as all of us. This is an axiomatic truth. But ‘corporate man’ is a hierarchical animal. Therefore, higher authority is assumed to have the necessary answers. Crucially, it’s presumed that those in charge also have the right questions. Developing an intensive approach to framing questions and finding answers requires onboarding as many folks as possible. It can make the difference between failing, surviving or thriving.

Since Alex Osborn of the advertising agency Batten, Barton, Durstine & Osborn came up with the idea of 'brainstorming' in the late 1930s, it has been a known process by which to wed creativity to problem-solving. Alex Osborn divided the mind into two parts—the judicial mind and the creative mind. A mind that imagines, creates, celebrates and another mind that prioritises, evaluates, judges and looks for ratification via evidence.

Brainstorming was a method to encourage plentiful ideation while preventing premature judgement.

Brainstorming was feted in the 1950s as a means to harness collective intelligence and multiply creative solutions. But, as method began to dominate the spirit, brainstorming became hostile to the creative process. Because it leads to the proliferation of ideas exclusive of merit. Nevertheless, brainstorming has genuine advantages at certain stages of problem-solving. For one thing, it's an exercise that shows us that systemic rigidity, officiousness, and bureaucracies find it hard to free themselves of rational bindings.

Brainstorming is about rapidly building up a flood of ideas. It must be in a short period, overseen by a timekeeper, where all ideas are written immediately where everybody can see them. Most important of all—no shooting down of ideas. No idea, no matter how preposterous, expensive, irresponsible, or even stupid it may seem, is rejected at the time it's expressed. All ideas are put on the board for later consideration. Do one for questions. Do another for answers.

John Maurice Clark said, ‘Knowledge is the only instrument of production not subject to diminishing returns’. But knowledge is not constant. It increases at a spectacular rate. Alvin Toffler published his most famous work—‘Future Shock’—in 1970 where he explained the phenomenon: “In the 500 years since Gutenberg invented printing some thirty million books have been printed; and an equal number has been published in the last five years. The quantity of information doubles every eight years. "

One cynic has suggested that as we find out more and more, about less and less, the point will soon come when we'll know everything about nothing. The fact is that the mind thinks with ideas, not information. Therefore acquiring knowledge is useless unless one learns how to use it. A dictionary may contain all the words, but no one can tell a poet which to choose or what to write.

Brainstorming is not spontaneous. It is a method and it needs disciplined learning. Brainstorming for questions is especially useful. If the group can ask the questions together, they will eventually find the answers together. When a group takes the questions as a given, it is unable to fix cognitive biases or venture into uncharted territory.

Staying mindfully in a questioning mode doesn’t come naturally to people. They are conditioned from an early age to keep the answers coming. In Raju Hirani’s film, ‘3 idiots’, when Aamir Khan is forced to take a class, he concocts some weird names for what he claims are scientific processes and the students race against the clock to look for the answers in an ‘open book exam’. Just like that, we are conditioned to seek answers and not to question the questions.

Every organisation needs a stronger culture of collective problem solving and truth-seeking—especially the successful ones. Saying that 'success is the one thing above all else,' convinces people to stop looking for more questions and answers. They drink the kool-aid and perpetuate the success formula.

Powerful group dynamics of following the dominant voice or fears about how one’s ideas will be judged hinder original thinking and stifle the voices of introverted members. If you want to institutionalise and nurture brainstorming, prevent the vicious undercurrents of dominance by creating a safe space for all to offer uniquely different perspectives. One should always seek different questions from the lapsers, the rejects, the cynics, and the critics. They have their worldviews and come up with surprising, compelling questions as they have no investment in the status quo.

In brainstorming, there can be no hierarchy. Everyone’s observations, personal stories, experiences, and judgements count. Seniors may not impose though they may do so defensively, as a value add or even as a prideful display of knowledge. To stop this is crucial but difficult.

Stigmergy in human groups is driven by ideas. The disruptive questions are the ones that step outside category conventions. If questions can reframe the business challenge, it is a huge outcome.

The questioning comes naturally to a child but is snuffed out by rote learning, competitive commitment to a ‘formula for success’ or adopting shortcuts because of external pressures.

In social groups, dominant individuals inevitably emerge. Left unchecked, they find ways to build and perpetuate their power. One common way to do this is to silence and ridicule questioners. The smart, aligned, confident ones pose to have all the answers, never any difficult questions. Asking questions is made to seem like evidence of low IQ or worse, low EQ.

Learning the convenient answers is committing yourself to mediocrity. In life, you’re going to be a success based on how good your questions are. We are in a world of frantic change, exploding knowledge, and interconnectedness. This is a world beset with existential issues like climate change, inequality, sustainability, and conflict. This is a world where questions count.

695
Thank you for your comment, we value your opinion and the time you took to write to us!

Tweets by @forbesindia
Prev
From cash crunch to conflicts with investors: The early signs of crumbling businesses
Next
From digital transformation to work-life balance for talent, how the future of management consulting looks