Gurpreet Singh is co-founder and CRO of Awign, an enterprise gig work platform. 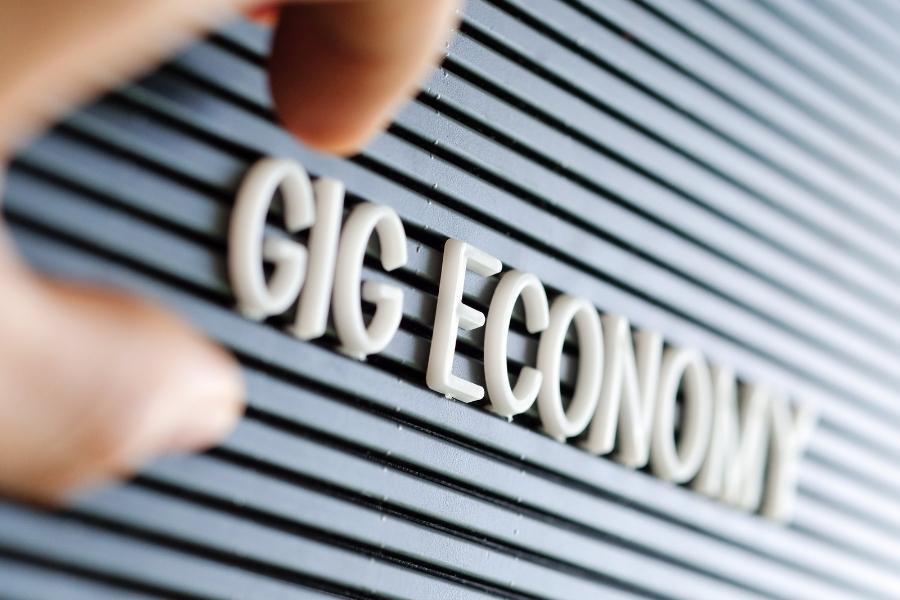 A leading FMCG giant headquartered in Mumbai recently onboarded a work-tech platform to execute its auditing requirements. The platform then set up a workforce to carry out store, mystery and non-mystery audits for the organisation and implemented everything end-to-end. This unconventional, albeit extremely effective approach, enabled the company to keep track of its retail operations and save on costs.

On the other hand, one of the largest well-known edtech firms in India has completely ‘gig-ified’ their business development FoS across 35 cities already. The gig partners carried out door-to-door activities in addition to setting up kiosks to penetrate the target audience. Through this gig workforce, the enterprise was not only able to generate leads but also convert them to ensure quick time to market.

The common thread that binds these two enterprises is their adoption of and trust in the gig economy and gig workers.

‘Gig-ification’ is one of the many new ways of working wherein organisations leverage the gig ecosystem to execute core jobs and the gig partners get paid on the output and quality of the same. In an era where workplace autonomy and flexibility are increasingly valued, the gig economy is becoming the new normal. Fuelled by technology, the emerging ecosystem has helped create a buyer's market for many job seekers, while delivering the agility that businesses need to remain competitive. While gig partners are more commonly associated with food delivery apps, ride-hailing services, and ecommerce platforms, the reality, on the contrary, is quite different. The gig economy is far more variegated than just blue-collar jobs. The gig realm expands beyond jobs created through the on-demand industry and encompasses a plethora of core operational work such as due diligence, proctoring, auditing and telecalling.

Making hay while the sun shines

The traditional workforce setup has caused enterprises to face multiple challenges in getting their work done. Hurdles range from no guarantee of measurable outputs despite paying fixed salaries to month-on-month incremental costs that come with constant rehiring, retraining, and management. The longish flatline of profits and losses (P&L) of Fortune 500 companies bears testimony to the loss of operational costs leverage due to fixed payrolls. The avenue of variablising their P&Ls, in addition to paying only for a specific output and limited risk, has pulled these giants to ‘gig-ification’. The emergence of work-tech platforms, converting the fixed payroll cost to a completely variable expenditure—directly mapped to their toplines—sans any fixed upfront investment simply makes greater business sense.

In addition to cost benefits, the gig ecosystem provides organisations with an opportunity to flexibly scale up and down as per requirements, which offers agility to the entire process, thereby increasing operational efficiencies. This is especially advantageous given the uncertainties the business ecosystem faces today because of the pandemic. The gig economy has bestowed enterprises with a diverse pool of skilled on-demand workforce that helps with the highest quality levels at the most cost-effective prices.

Beneficial as it may be, deploying a gig-workforce independently still comes with its own set of challenges. Most businesses struggle with managing a sizable on-demand workforce that’s not on fixed payroll, without the right tools and technology. This is where a no-code technology that enables end-to-end workflow management –personalised to business requirements – plays a critical role for gig success.

On ‘gig-ifying’ startups vs behemoths

It would be safe to say that startups have been at the forefront of adopting the gig work setup. Characterised by their fast pace and low expenditure, a startup’s appetite for experimentation is higher, thus establishing themselves as the ‘early adopters’. This has led them to scrutinise and onboard talent from the gig industry to meet both their short and long-term goals. On the other hand, with the blight of traditional mindset coupled with a legacy system, enterprises found themselves on the fence when it came to the gig economy. However, as the pandemic spread, behemoths' reliance and realisation of the gig workforce’s effectiveness has grown dramatically. The avenue of gig partners expediting their execution and lowering training expenses has resulted in almost 49 percent of Indian companies actively engaging in the gig model, as a flexible capacity scale-up and cost reconstitution model.

Areas such as HR, customer service, operations processing, marketing and sales, software development, IT support, graphic design, and so on, as opposed to just blue-collar occupations, are showing enormous ‘gig-ification’ potential as well. As a response to this transition, in addition to last-mile delivery and logistics, core non-technical tasks such as invigilation, proctoring, business development, audits, telecalling, content moderation, feet on the street, and expert roles such as engineering manager, graphic designer, are being gig-ified.

For several moons to come

A jigsaw puzzle is complete when all the pieces fit together. Similarly, while private players are an active part of the gig economy, for its holistic growth the government needs to be cognisant of this booming industry as well. For instance, the development and implementation of social security policies will go a long way in the wider adoption of gig careers. Similarly, the role of technology in no way can be overlooked for the sector’s growth. With a rapidly evolving gig setup, the infusion of robust tech infrastructure and the advent of work-tech platforms, the otherwise informal sector is getting streamlined. Right from finding work basis their skills and location, job completion, and final payments, gig tech stacks will help ensure simplified processes for gig partners. Meanwhile, scalable workflow management frameworks will give enterprises access to real-time visibility, tracking and monitoring, while also guaranteeing results. All that’s now required is effective implementation and a strong policy push towards a sector that will be the next frontier for the business and work ecosystem in the years to come.

The writer is co-founder and CRO of Awign, an enterprise gig work platform.

3,789
Thank you for your comment, we value your opinion and the time you took to write to us!