Sanitation: Much more than an infrastructural requirement

Merely building toilets cannot guarantee that citizens will use them. Behaviour change must remain central to all sanitation programs to ensure long-term success 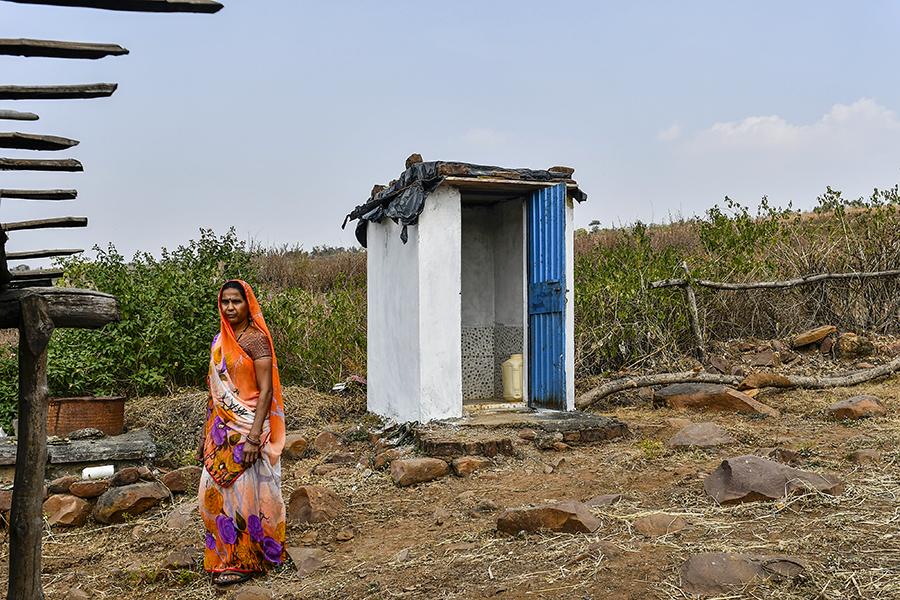 A decade ago, the United Nations officially declared access to water and sanitation as a human right to reinforce people’s right to clean and decent toilets. This established the significance of Water, Sanitation, and Hygiene (WASH) for not only better health outcomes, but overall human dignity. To further achieve universal access to safe and equitable sanitation, which is also one of the Sustainable Development Goals (SDGs) to be achieved by 2030, there is a need for special attention to be given to women and girls’ access to safe toilets. According to World Health Organization (WHO), this focus is needed given the difference in knowledge, access, use and experience of women and men when it comes to water, sanitation and hygiene.

Women have distinct sanitation and hygiene requirements, which are influenced by social and cultural variables, as well as their biological considerations. The absence or inadequate sanitation facilities such as toilets deepen the vulnerabilities faced by women. According to a study by Cohre et. al., women, more than men, are subjected to the humiliation of having to defecate and urinate in public, where they are frequently compelled to travel to isolated areas outside their community, leaving them exposed to attacks (verbal and physical) and rape.

A report by the United Nations titled ‘10-year story’, highlighted the reality of women who are also forced to leave home before dawn or after dusk to ensure privacy due to cultural norms that deem it undesirable for women to be seen defecating. It further pointed to the health implications faced by women who due to the fear of having to wait until after dark to defecate and urinate in the open, tend to drink less water throughout the day, further increasing the risk of urinary tract infections, dehydration, renal failure, and stomach infections.

The safety of women is another critical concern while considering their access to toilets and related sanitary infrastructure. A recent study by Saleem et. al. assessing the health and social impact of open defecation found that women suffer more indignity from defecating and urinating in the open than men, and in some contexts are regularly at risk of assault and rape while going to the toilet. According to a report by Unilever on ‘Sanitation and Hygiene for Women and Girls’, 1 in 3 women face the risks of shame, disease and harassment due to the lack of proper and safe sanitation facilities.

Further, the lack of adequate toilets and proper hygiene in schools are a key and critical barrier to school attendance and education for girls; and therefore, on their empowerment. According to the Unified District Information System for Education (UDISE) 2018-19 database, more than 15,000 government schools across the country do not have toilets, and more than 42,000 do not have access to drinking water. The issue goes beyond access to toilet facilities and water supply, as 11.5 percent of rural schools lacked separate toilets for females, while 10.5 percent of those that did were locked, and 11.7 percent were locked and useless, as stated in the Annual Status of Education Report (Rural) 2018. Such infrastructural inadequacy is considered to be one of the key contributing factors for girls to skip and drop out of school.

Making sanitation a priority—Investments and innovations

Tackling open defection, particularly among vulnerable groups, requires significant funding and investments from governments and other allied agents. According to the UN-Water Report released in 2013, there is a return of $4.3 on each dollar spent on water and sanitation in the form of lower healthcare expenditures for people and society across the world. These investments can subsequently be channelled towards innovation in sanitation-related technologies that can be made available to the most remote populations and help sustain proper hygiene behaviour. Merely building toilets cannot guarantee that citizens will use them—it is critical to ensure that sanitation is recognised as more than an infrastructural requirement. Behaviour change, an aspect that is often forgotten, must remain central to all sanitation programs to ensure long term success.

Another aspect that is critical in strengthening efforts to eliminate open defecation is to increase meaningful participation by women in decision-making. It is a well-known fact that women tend to prioritise their household responsibilities (cleanliness and hygiene at home, family health) and the needs of others over their own sanitation requirements. It is therefore important to design interventions wherein women become the primary decision-makers at the household and community level. One such programmatic intervention is being undertaken jointly by USAID-NISHTHA and Unilever, to prioritise women’s access to sustainable water and sanitation services. NISHTHA, USAID's flagship health systems strengthening project, implemented by Jhpiego in partnership with Unilever, is currently working on creating awareness and promoting healthy hygiene behaviours among India’s marginalised and vulnerable populations. Through its integrated approach towards sanitation and primary healthcare, the program is focused on building the capacities of women and girls to spread awareness among communities; empowering local self-governments like Panchayati Raj institutions for making communities more resilient. The program also focuses on educating school children under the Ayushman Bharat - School Health and Wellness Programme on the importance of hygiene and sanitation for a healthier future.

Lastly, the road to remedy for 4.5 billion people facing access barriers to safe and clean toilets is dependent on stronger multi-sectoral partnerships between the public and the private ecosystems. The enabling policy structures, political networks, and advocacy facilitated by the public sector need amalgamation with the implementation scale-up potential of the private sector. Therefore, stakeholders must recognise the interconnectedness of sanitation with larger health and social benefits that further strengthen cross-sectoral collaborations.

The writer is chief of party, NISHTHA, and program director, Jhpiego.

2,522
Thank you for your comment, we value your opinion and the time you took to write to us!

Tweets by @forbesindia
Prev
Omicron: How to take care of newborns amidst the rise in Covid-19 cases
Next
India's healthcare ecosystem needs a holistic reset