Time to think outside the (medicine) box

It is time for India to demonstrate that it can leapfrog us into a future of Universal Health Coverage. It can be possible with innovative ways of public-private participation 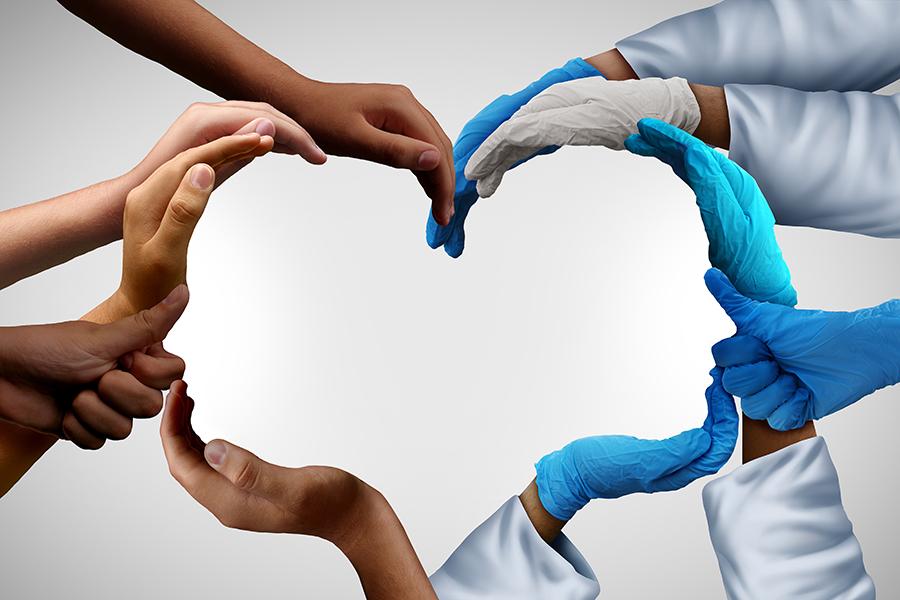 The fact that we need to strengthen the backbone of our health sector has become clearer with the progress of the pandemic. Image credit - Shutterstock

It’s been thirty years since Dr Manmohan Singh, the then Finance Minister of India, walked in the parliament with a briefcase and announced to the nation that there is no stopping an idea whose time has come. Over the next three decades, we didn’t just change, we transformed. Liberalisation, seeded in the 90s, became a revolution that changed the contours of every aspect of socio-economic India.

The true impact of liberalisation is reflected in hard numbers. India’s GDP of $266 billion in 1991 has grown by over 10 times. Since then, over 300 million fellow Indians have been lifted out of poverty and hundreds of millions of new jobs have been given to the youth. Our economy has become the fifth largest in the world. Key infrastructure has improved beyond recognition.

But just like change, challenges are a constant as well. We are going through an extraordinary time. The ongoing Covid-19 pandemic has affected mankind on a global scale. It has taken more than 40 lakh lives and infected more than 18 crore people worldwide. In India, more than 4 lakh people have lost their lives and around 3 crore Indians have been infected since the pandemic hit us. This terrible tragedy has had a crippling effect on the Indian economy, it has pushed many more millions of our fellow citizens into unemployment and abject poverty.

In this situation, I think it is critical that we re;-evaluate the role of both the private and public sectors. The conventional definition of asset and infrastructure creation needs a reboot. We, as a nation, must embrace the truly macro concept of growth and development. The narrative must shift to all-encompassing concepts such as food for all, education for all and of course, healthcare for all. In fact, the call for healthcare for all is not new, but now we must strive towards it with renewed vigour!

For this to happen, we must reassess the way we deliver healthcare to our citizens. As compared with affluent countries—with smaller populations and developed health infrastructure—India has been hit particularly hard by the pandemic and it is not difficult to see why. Our health services did not have the financial muscle and the infra-hardware to deal with an unprecedented spurt in healthcare demand caused by the coronavirus.

Traditionally India has spent just around 1.2 percent of its GDP on health. In 2017 the Union Cabinet chaired by Prime Minister Narendra Modi announced a National Health Policy to tackle healthcare more aggressively. It was decided to increase our expenditure on healthcare to 2.5 percent of GDP in a phased manner, with a focus on widening the health cover to more citizens, strengthening the primary health infrastructure, focusing on prevention, tackling Non-Contagious Diseases (NCDs) and on a greater engagement between private and government health care. In the same year, the government rolled out the Ayushman Bharat Scheme. A flagship initiative of the Government of India, recommended by the National Health Policy 2017, to achieve the vision of Universal Health Coverage (UHC). This initiative has been designed to meet Sustainable Development Goals (SDGs) and its underlining commitment to "leave no one behind". The second component under Ayushman Bharat is the Pradhan Mantri Jan Arogya Yojana or PM-JAY as it is popularly known. This scheme was launched in 2018 and is the largest health assurance scheme in the world that aims at providing a health cover of Rs 5 lakh per family per year for secondary and tertiary care hospitalisation to over 10.7 crore poor and vulnerable families that form the bottom 40 percent of the Indian population.

Getting back on track

While India was on the right track, the pandemic caused a temporary derailment of our health plans. Despite the vast demands on the sector, the allocated budget for FY20-21 was Rs 69,000 crores, which is only 1.29 percent of our GDP. To put this figure in perspective, the health spend of developed countries is between 9 percent and 12 percent of their GDP. Our neighbour Sri Lanka spends around 3.7 percent of its GDP on health. When ranked by expenditure on public health, India comes in at position 170 out of 188 nations. Therefore, when struck by an unexpected crisis, we are obviously at a huge disadvantage. Now like never before, the fact that we need to strengthen the backbone of our health sector has become clearer and as we all know, there is no free meal. The engine to drive improvement in the sector can come from a substantial fresh inflow of funds and innovative revenue management. But can the government fund such large budgets on its own? If not, where will this money come from? It is time to think outside the medicine box and consider some novel options.

Sometimes, the light of our past illuminates the path to our future. In the year 2000, Dr Prathap C Reddy, Chairman of Apollo Hospitals had introduced a simple but ingenious health insurance scheme in his ancestral village of Aragonda in Andhra Pradesh. Every member joining the scheme paid Re 1 per day, effectively Rs 365 a year, to become eligible for Rs 30,000 worth of inpatient treatment at the local Apollo Hospital. We must note that this is a fund raised by the people for the people, a sort of private cooperative initiative.

Now, imagine if we could piggyback this Re 1 per day scheme with the government’s own Ayushman Bharat program.

Simplistically put, the idea is to debit every bank account in the country with a tiny sum of Re 1 per day or Rs 365 a year and credit the proceeds to the Ayushman Bharat health corpus. Considering that according to the Reserve Bank of India Basic Statistical Report from 2019, there are around 167 crore bank accounts in India. If we debit each of the bank accounts a very modest sum of Rs 365 a year, we could generate Rs 60,955 crores in a year—which is more than 88 per cent of the FY20-21 Union Health Budget of Rs 69,000 crores.

The power of One

This of course is the concept and it will require fleshing out. The beauty of the proposal is that it makes everyone a stakeholder in the mission of delivering the Universal Health Coverage (UHC) for all our citizens. As the nation is on a mission to be Atmanirbhar, citizens taking the onus of their individual and collective health takes it to the next level.

The basic foundation for building the system is already available, we will have to work out the revenue, legal and IT backbone for enabling the account holder to participate in the initiative.

Since September 2018, the Ayushman Bharat programme has seen more than 1.26 crore cashless secondary and tertiary level treatments. The power of one rupee a day will further fortify the world’s largest health assurance model and make care accessible to millions more. While the financial resources may become available the human resources will have to catch up. I realise that there are myriad bits and parts that will have to be put in place before the whole machinery starts humming smoothly.

We will eventually overcome Covid-19, the wheels of industry and commerce will gain momentum again, India will need a robust healthy population to power our country into the future. A healthy, engaged workforce will be our greatest asset. At this important juncture, we will need ingenuity, resolve and the power of one.

3,455
Thank you for your comment, we value your opinion and the time you took to write to us!