Storyboard18 | This Diwali, some brands are choosing emotions over hard-sell

Brands want to own emotions rather than use Diwali just as a selling opportunity. But watch out for the trap of clichés 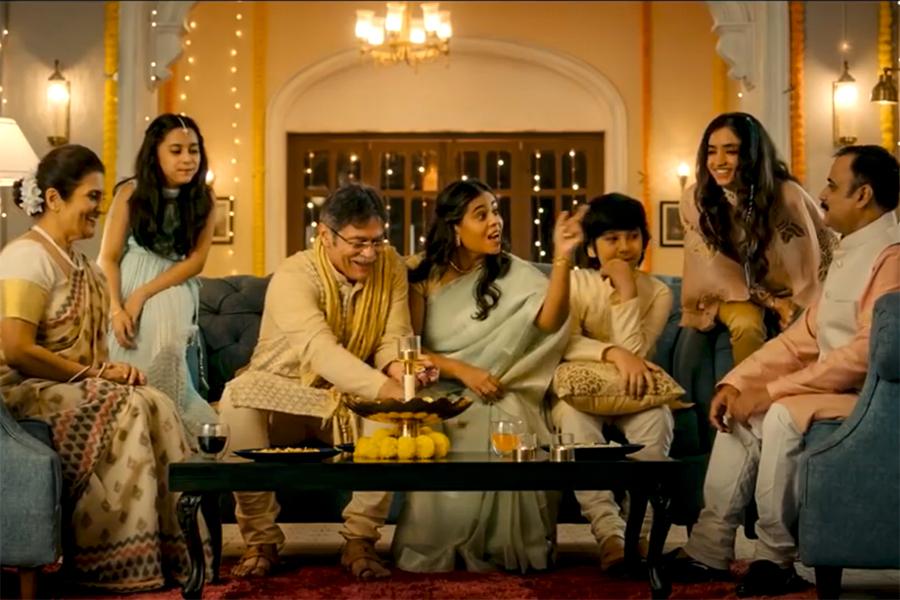 Dizo, a brand under smartphone brand realme's TechLife division, launched a digital campaign titled 'Cliched Diwali Ads' calling out other Diwali campaigns around this time for being predictable

Imagine tropes of a typical Diwali ad—an NRI son on his annual Diwali ‘surprise’ vacation, a montage of a happy family laughing with plates of chaklis and laddus in the foreground, and senior citizens playing ‘teen patti’. Now, imagine, all this rolled into one ad. Confused?

Recently, Dizo, a brand under smartphone brand realme's TechLife division, launched a digital campaign titled 'Cliched Diwali Ads'—calling out other Diwali campaigns around this time for being predictable. The dubbing of the brand has a humorous tone. Abhilash Panda, CEO at Dizo India, tells Storyboard18 that the brand is 'experimenting' with its advertising script. The brief was simply to “break clutter”, says Shrenik Gandhi, chief executive, and co-founder, White Rivers Media, the agency behind the campaign.

“Many brands use the catchphrase ‘Yeh Diwali, brand (name of the brand) wali’. I feel there is so much clutter when it comes to conventional festive advertising. As a consumer why would I care? So, that’s how the conversation started around on how we should make this Diwali campaign differently,” he explains.

Though doing away with the clichés (or deliberately packing cliches in an ad) is not everyone’s cup of tea. Experts point out that more often than not challenger or new-age brands take such risks and create untypical campaigns.

Vistasp Hodiwala, founder and CCO, Underdog and co-founder of Centrick, says, “Heritage brands find it a little more difficult to attempt these ads because of the baggage they carry and the fact that they have to mean all things to all people, but the challengers and the newbies have no such baggage and in fact benefit from such 'takes'.”

Festival of feelingsFestivals such as Diwali are big consumption occasions for categories such as fast-moving consumer goods (FMCG), auto, and ecommerce where brands tend to push discounts to lure customers. However, a set of advertisers are increasingly choosing to stay away from hard selling and use festivals as an opportunity to deeply connect with their target audience.

“Festivals are a big brand love building opportunity,” Jitender Dabas, chief operating officer, McCann Worldgroup India tells Storyboard18. He goes on to explain, “Festivals allow brands to become a part of a customer’s life. They get associated with happy memories and often for global brands festivals are a license to culturally belong to a community as well.”

Ad or a non-ad?Last year, as a part of Mondelez India’s ‘Iss Diwali Aap #KiseKhushKarenge?’ campaign, ‘Not Just A Cadbury Ad’ leveraged artificial intelligence to create hyper-personalised spots for local businesses in around 260 pin-codes. It married creativity and tech with a purpose: to promote local businesses at a time when they were worst hit by the pandemic and lockdowns. The campaign ties in with Cadbury's fairly new global brand positioning centred on genuine, low-key acts of kindness and generosity.

This year the brand created a 2.0 version of the ‘Not Just A Cadbury Ad’. In the 2021 edition, in addition to the hyper-personalised brand films that will reach the end consumers, local retailers will get to make a version of these ads for their stores, using the AI-powered technology developed by Rephrase.ai.

Small businesses that are pinned on Google maps can then share their custom-made ad featuring Bollywood superstar Shah Rukh Khan through WhatsApp. In these ads, Khan will be seen nudging consumers to shop from various local stores. So far, over a lakh, local entrepreneurs have created Shah Rukh Khan featured ads for their business.

Sukesh Nayak, a chief creative officer of Ogilvy India, the creative agency that conceptualised the campaign, believes that companies that want to take the unconventional route of advertising should remember “the larger narrative of the brand”.

He explains, “Consumers will be more accepting if you talk to them in sync with what you really stand for. Be generous with your ideas in order to stand out. People don’t look for ads, you go to them with your pitch.”

Nayak also says, at the end of the day, for brands, “Everything is an ad”.

Not pitching the communication on the transactionEcommerce giant Amazon’s latest commercial 'Deliver the Love' evokes the right emotion and plays smartly by not pushing the brand at the forefront. The spot features a mother taking her son to meet a gentleman who has saved his life by helping procure a bed during the Covid-19 outbreak this year. The boy is seen personally delivering an Amazon gift parcel to the gentleman.

Ravi Desai, director—mass and brand marketing, Amazon India, says that #DeliverTheLove is a platform where Amazon can do so much for customers by delivering boxes of happiness to the doorsteps but sometimes it is not enough because gifts are more than what can be fitted inside our boxes.

"This is an opportunity for us to remind the country that this Diwali you may not be able to visit everyone but at least you can pay respect to the ones and say thank you to all the warriors who have played such an important role in your life," he shares.

Amazon is not pitching the communication on the transaction. “It is not exhorting people to buy from Amazon like most of its sales-related campaigns would do. This advertising is more about owning the emotions this Diwali rather than using Diwali as a selling opportunity,” Dabas notes.

Watch out! The trap of clichesNaresh Gupta, co-founder, and chief strategy officer of Bang in the Middle, says that Diwali in the last couple of years has become the time when brands want to wear goody two shoes and come across as part of the larger narrative, good-for-society kind.

“While some are able to do it very well, like Amazon, most end up being slightly driven by cliches and not being memorable,” he adds.

The truth is, sometimes, nothing induces tears of joy faster than a good Diwali discount offer just when you need one.

1,999
Thank you for your comment, we value your opinion and the time you took to write to us!