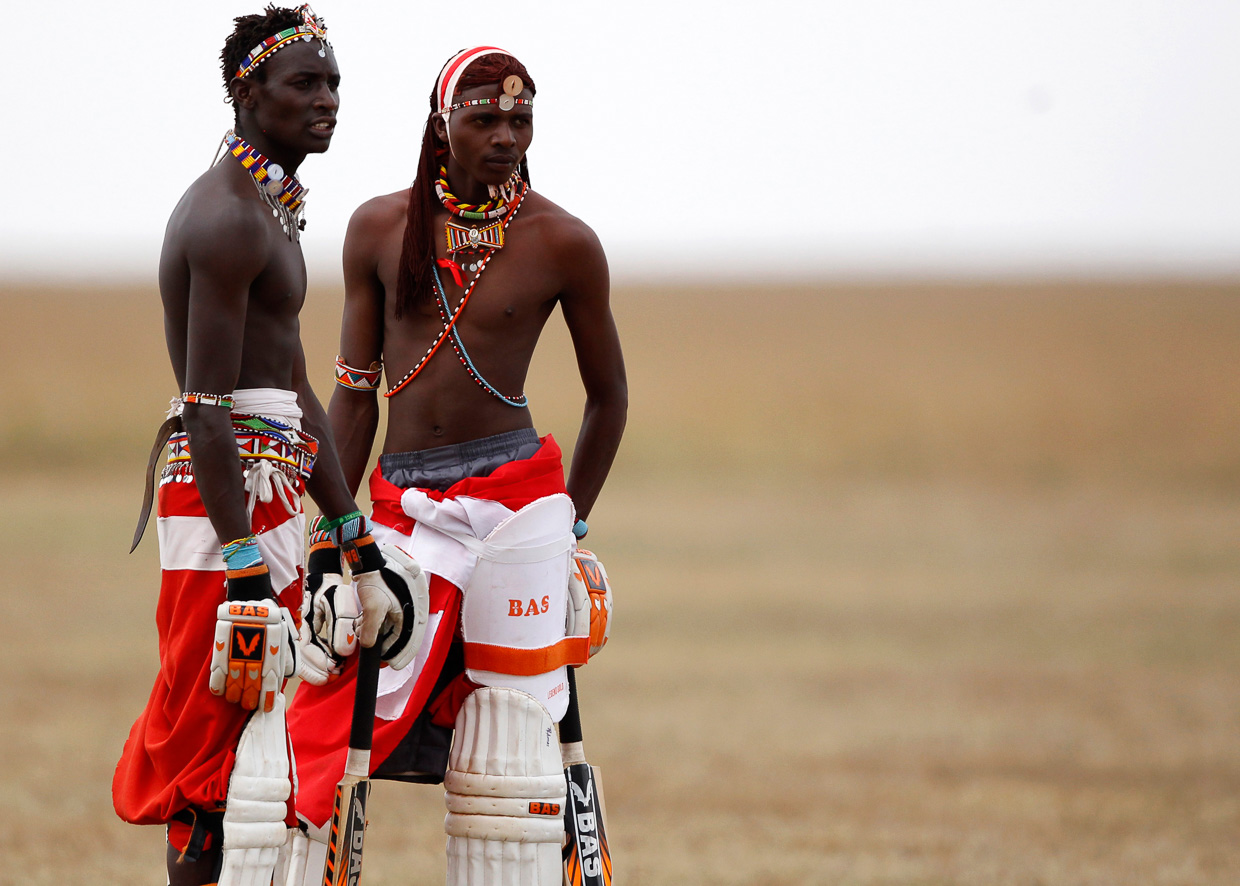 13/14
Kenya
Sonyanga Olengais (left), captain of the Maasai Cricket Warriors, talks to his teammate Mamai Simon Papai during their T20 match against the Ambassadors of Cricket from India in Ol Pejeta Conservancy in Laikipia National Park, in 2013. The Maasai Cricket Warriors are role models in their communities, where they actively campaign against retrogressive and harmful cultural practices, such as female genital mutilation and early childhood marriages, while fighting to eradicate discrimination against women in Maasailand. Through cricket, they hope to promote healthier lifestyles and also spread awareness about HIV/Aids.