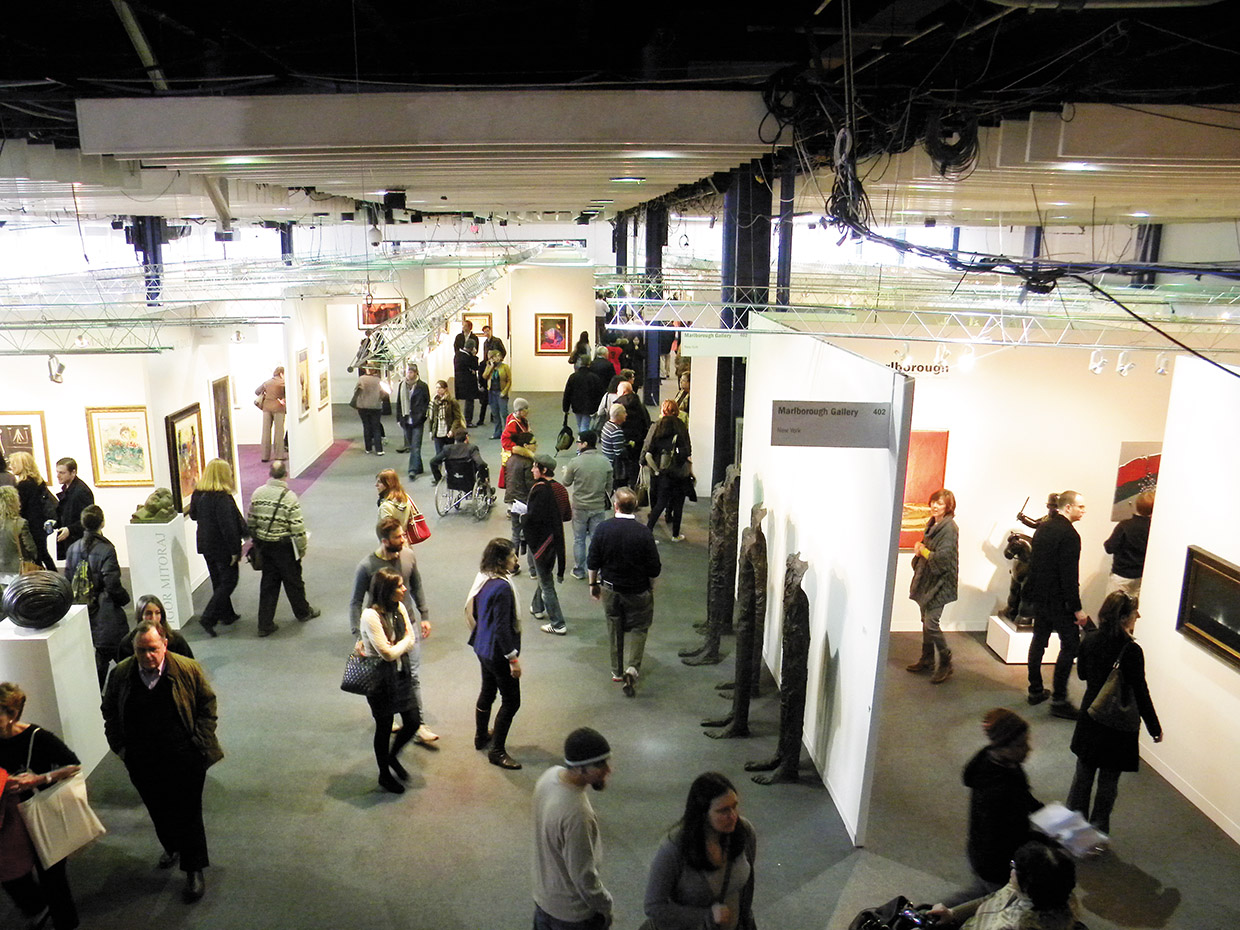 5/11
The Armory Show
New York, USA
March 2-5, 2017
Held at Piers 92 and 94 on the Hudson river wharf, with a chilly wind blowing, The Armory Show hits you in the guts. It isn’t typically large or flamboyant, and its location makes it a challenge for the organisers to overcome some of its limitations—they’d probably address them as advantages. The promoters launched the show in 1994 at the Gramercy Park Hotel (it was then called Gramercy International Art Fair), before moving to Lexington Avenue, and then to the Hudson river, first at Piers 88-90, before settling on its current venue. This potted history is useful because it points to The Armory Show’s flexibility and adaptability that has also inspired its name. The 1913 Armory Show is thought to have been the first juxtaposition of modern and contemporary art—famously Vincent van Gogh and Marcel Duchamp —thus giving it its vibrant identity. Currently, modern art is exhibited at Pier 92. Living artists, on the other hand, are represented at Pier 94.