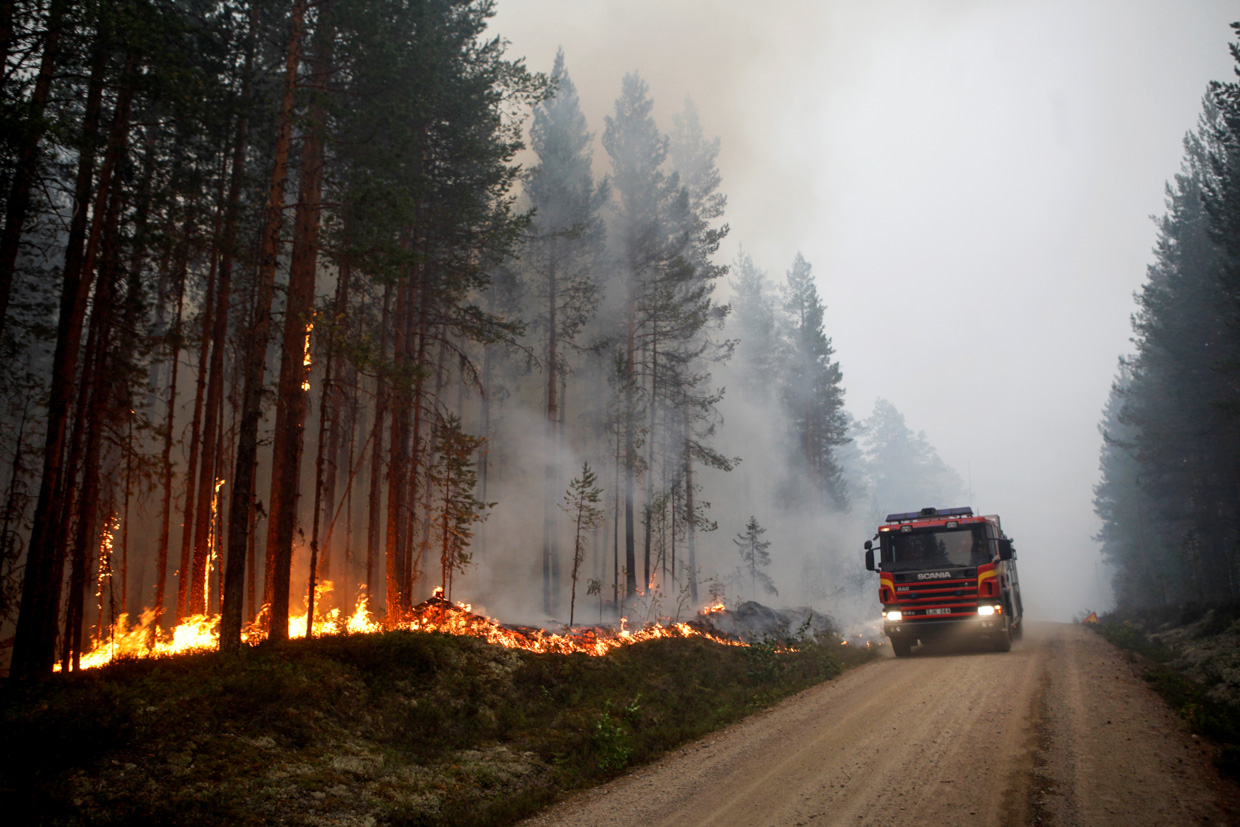 1/20
Wildfires have killed scores of people near Athens, Greece recently. But it’s not often we hear about how Swedish and Norwegian firefighters are also struggling to douse infernos in vast areas of forests in their countries. Scandinavia has suffered an extended heatwave this year, with temperatures topping 30°C in the Arctic Circle, according to the World Meteorological Office.