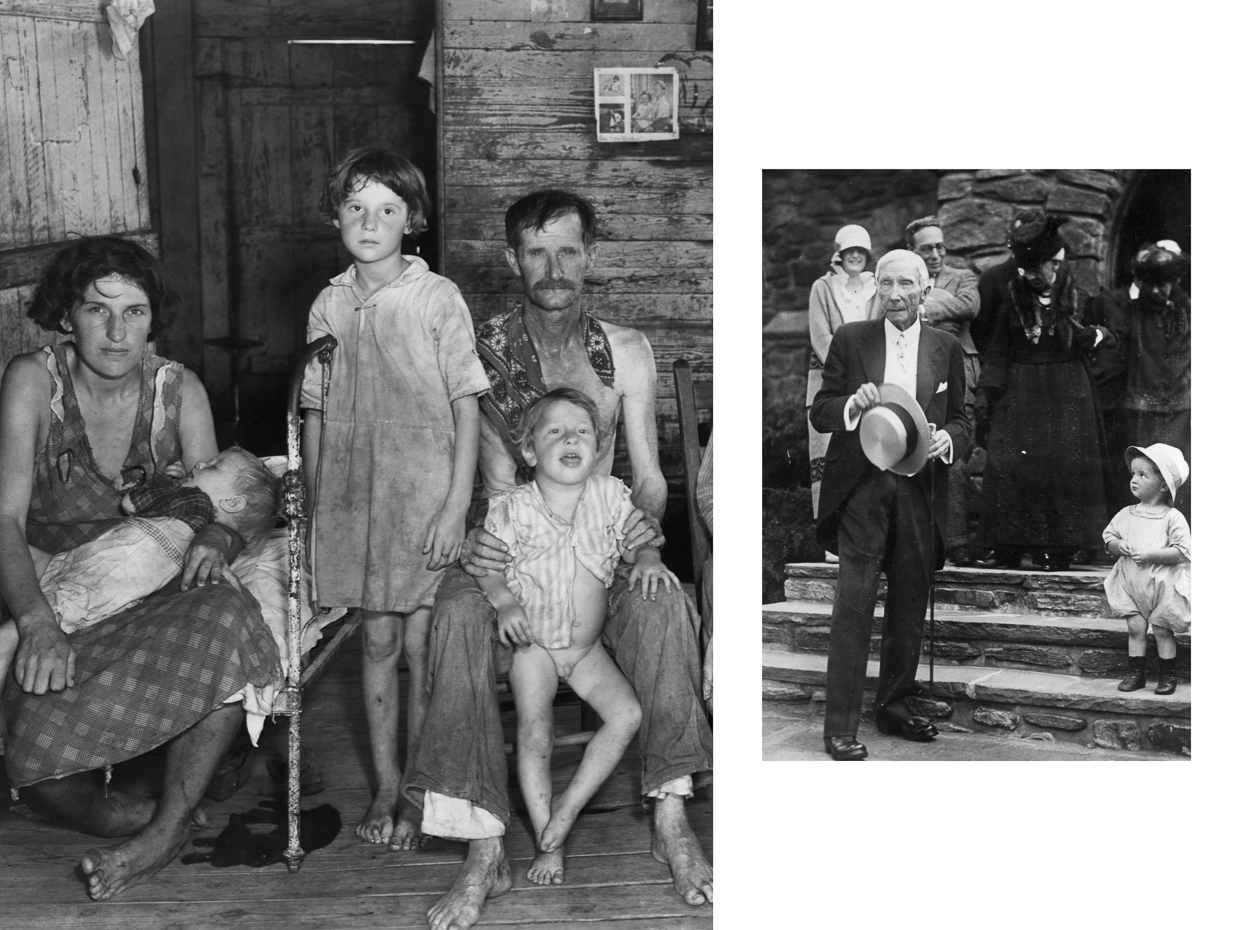 A chronic anaemia widespread among the poor whites in parts of the American South convinced Charles Stiles, an obscure 25-year-old zoologist, that it was caused by hookworm disease, a tiny parasite that penetrated the skin, usually the tissue between the toes of the barefoot youth. Failing to get financing from the Congress to publicise his inexpensive cure, Stiles turned to philanthropist John D Rockefeller Sr (above, right). By October 1909, the Rockefeller Sanitary Commission had been established with Stiles as scientific secretary. Its budget was $1 million, to be spent over five years. By 1926, the hookworm disease had almost disappeared from the US. The commission became a model for future philanthropic involvement in public health issues, which includes funding medical research, dispensing vaccines, and spreading awareness about disease prevention and treatment worldwide.