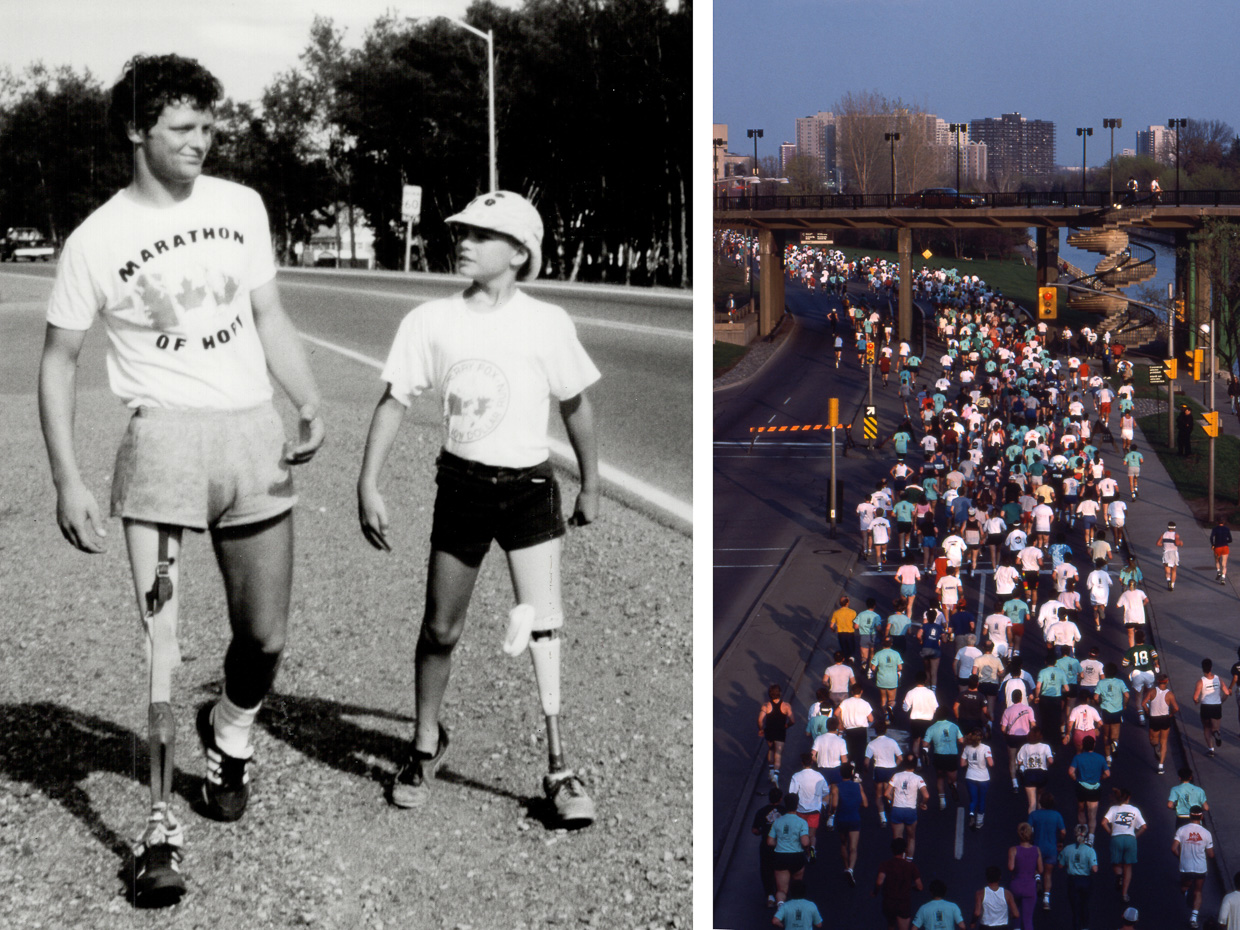 CANCER AND A LONG RUN

Athlete Terry Fox (left) had a vision: A world without cancer. After a bone cancer diagnosis required the amputation of his right leg, 21-year-old Fox embarked on a cross-country run in Canada on April 12, 1980, to raise money for cancer research, which he called the Marathon of Hope. Though he abandoned his run after 143 days when the cancer spread to his lungs, he raised over $24 million before his death in 1981. Marathons, 5K races, and charity walks have become popular fundraising events around the world, and Canadians continue to honour Fox’s legacy with an annual run in his name, now the world's largest one-day fundraiser for cancer research. Considered a national hero, Fox has had many buildings, statues, roads, and parks named in his honour across the country.